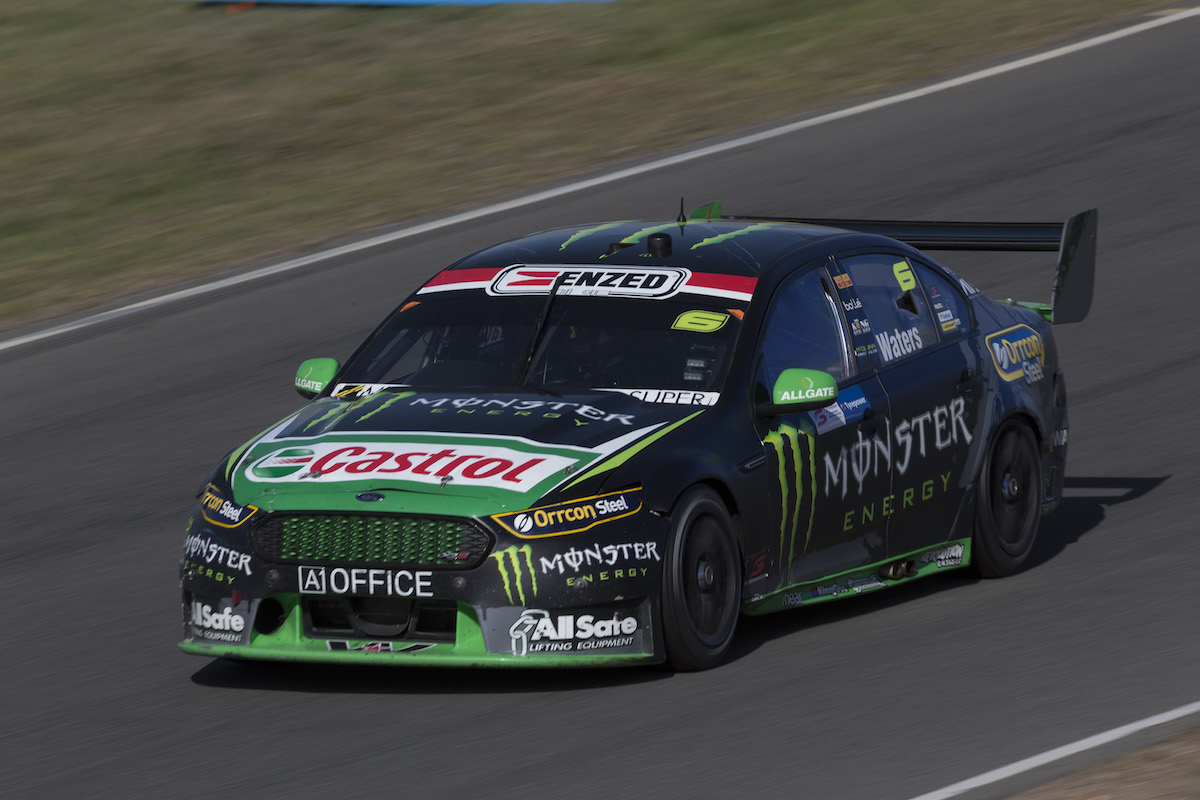 Rookie Cameron Waters is pleased to return to a circuit he has raced at recently in a V8 Supercar.

This weekend’s WD-40 Phillip Island SuperSprint will see the 21-year old contest the event for the second consecutive year after stepping in for injured Chaz Mostert at the end of 2015.

It’s a welcome change after the last two events at Albert Park and Symmons Plains – circuits the young gun had only contested years ago in Formula Ford.

Last year’s results at the seaside circuit saw Waters record ninth, 15th and 20th place finishes at Phillip Island, and after good showings at the Clipsal 500 and Tasmania this year, the Monster Energy driver is hoping to continue his top 10 form.

“It’ll be good to get back to Phillip Island – it’s a track I’ve driven the FG X at,” Waters told v8supercars.com.

“I went ok there last year, I think I was around the top 10 so hopefully with a few rounds under my belt this year hopefully we can be a little bit further forward.”

Just how valuable is that recent experience? It means you can focus solely on the car, rather than learning about the circuit as well, Waters explained.

“I think being at the track before in a Supercar or a car that you know definitely does help.

“In practice one, instead of learning the track you already half know it – so you can press on with setting the car up instead of worrying about getting the most out of yourself.

“There’s not much in the category, it’s pretty tight, so those little things do help and add up.

His engineer Brendan Hogan will be trackside after missing Tasmania with a broken tibia and full leg brace. The extent of his role this weekend is still in question. Technical guru Nathaniel Osborne stepped in last round to engineer Waters.

“Brendan is going to back, I'm just not sure how full a role he’ll be playing because it’s a bit hard for him to walk around with a big moon boot thing on his leg,” Waters said.

“It’ll be good to have him back, to start working with him again and build that relationship.”

Waters sits 13th in the points after two rounds, his best finish fourth in the treacherous rains at the Clipsal 500 Adelaide.

Managing those conditions as a driver and bringing home a straight car in a strong position is something Waters is proud of.

“I’m rapt with how the season’s going so far – to come out of Clipsal with a heap of points and a straight car was cool.

“In the last few events, I’ve been able to be around the top 10 mark has been really good, so that’s kind of where I’ve been aiming to be. So if I can keep doing that, finishing, getting points and learning [it’ll be good].”

He’s unsure what to expect in terms of results at the WD-40 Phillip Island SuperSprint.

“For me, I just want to keep finishing in the top 10 and being consistently in there. I think if I put it all together I think I can be in the top five, for me I think just being consistent, getting points and keeping it straight is probably more realistic.”