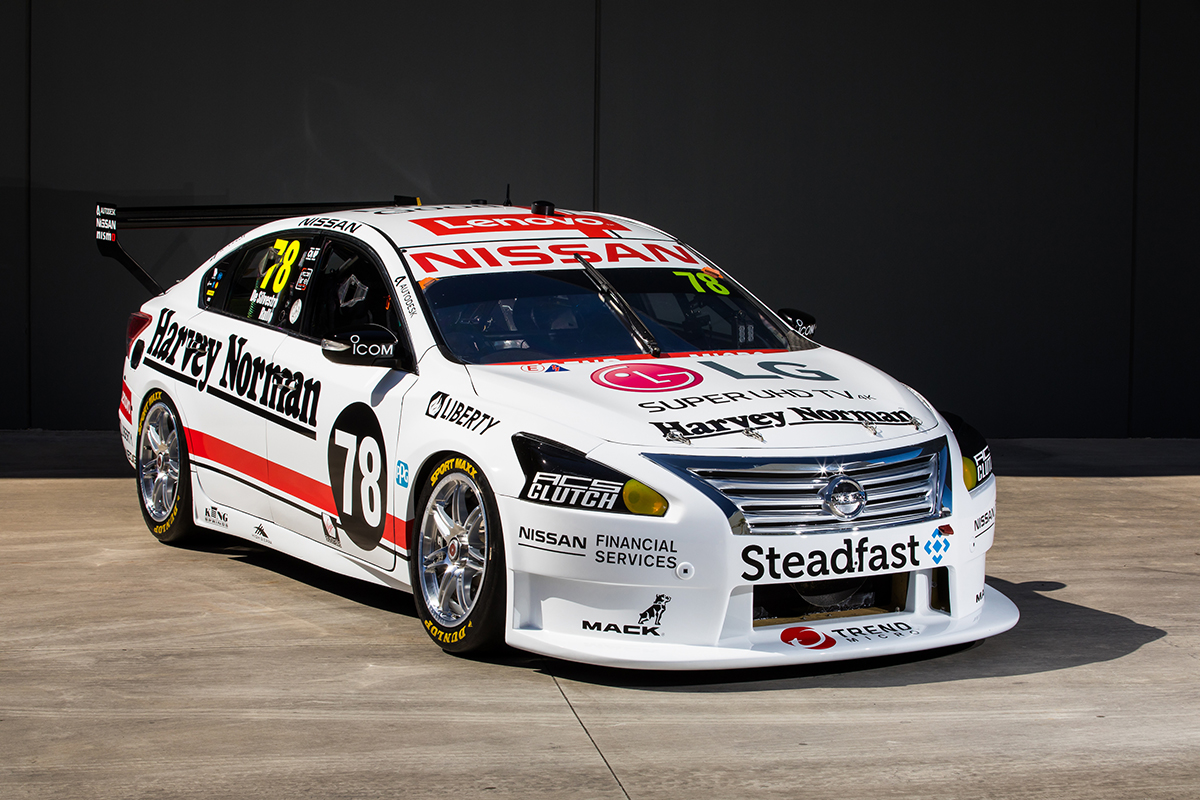 A regular black-red-and-white scheme is replaced by a white base this weekend, accompanied by a red stripe on either side.

Both De Silvestro and Rullo are preparing for their second PIRTEK Enduro Cups, having been full-time Supercars rookies together last year.

De Silvestro missed Nissan's test at Winton last week, with Dunlop Super2 Series regular Rullo getting the day to himself.

"The car looks really cool," said De Silvestro. "Sandown is a lot of fun with the retro theme.

"Itʼs a very serious weekend with a lot of points on offer, but itʼs also something thatʼs a bit different.

"Alex has shown really good pace in Super2. Heʼs won a race and he really knows his way around the car.

"This is my second enduro campaign, so I know what to expect and am excited about the challenge ahead." 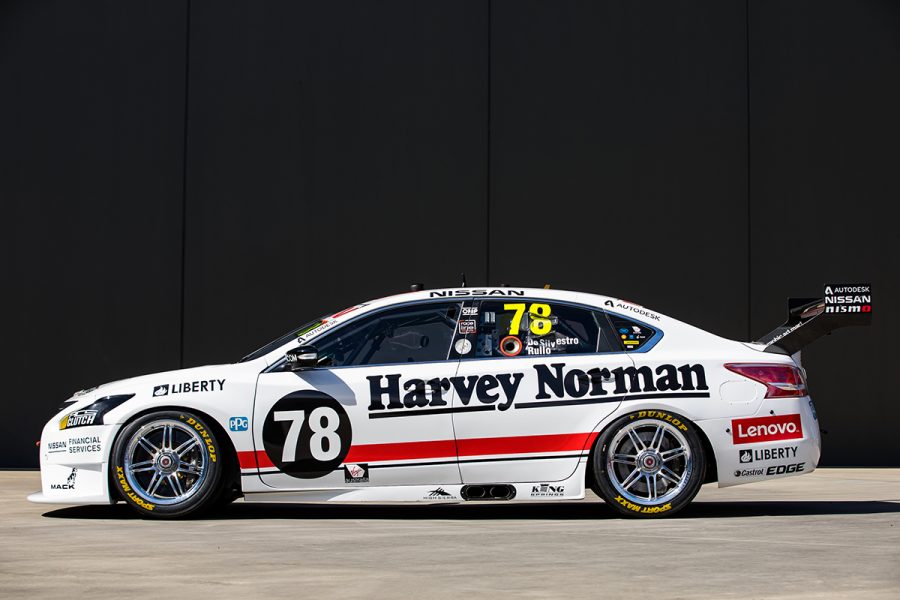 De Silvestro is 22nd in the Supercars standings and Rullo sixth in Super2 in a Nissan run by MW Motorsport.

Ahead of her second Sandown start, the Swiss driver caught up with Harvey Norman CEO and founder Gerry Harvey.

"It's always great to chat with Gerry," De Silvestro said.

"Harvey Norman have been great partners to work with, plus Iʼve seen some old TV commercials, very retro!

"Harvey Norman is a brand that has been around for over 35 years, so they've seen a lot of things in that time."

Harvey, whose company backed De Silvestro's Bathurst wildcards in 2015 and '16, said: "The Sandown retro round is something special.

"It reminds us how far we have come in terms of the car and the technology, but the passion and love of motorsport is unchanged."