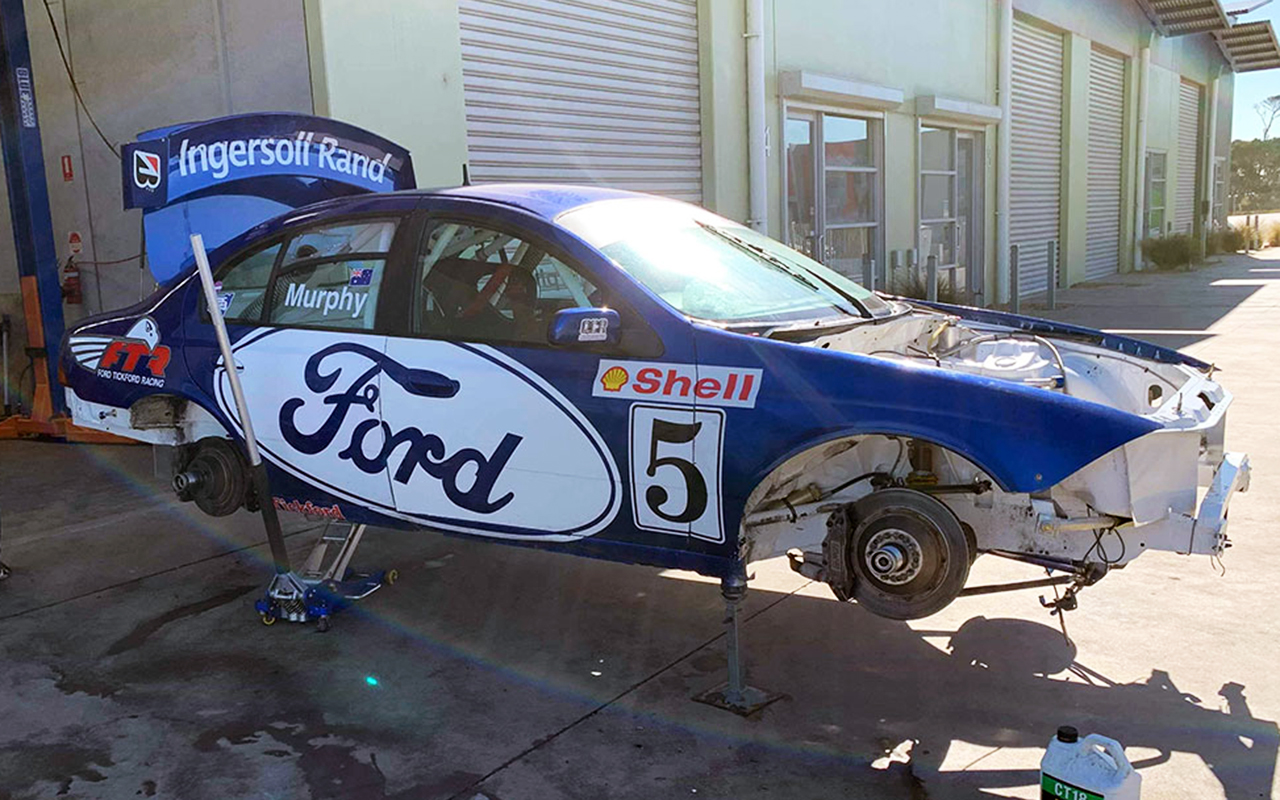 The Falcon in which Glenn Seton had the biggest crash of his career is being restored to its original Ford Tickford Racing spec, as it raced nearly two decades ago.

The car, the first of four AU model Falcons built by Seton’s team under the FTR banner, was Seton’s car during the 1999 season before reverting to team-mate Neil Crompton’s hands for 2000.

Seton was at the wheel of the car in September 2000 when he crashed on a test day at Phillip Island. 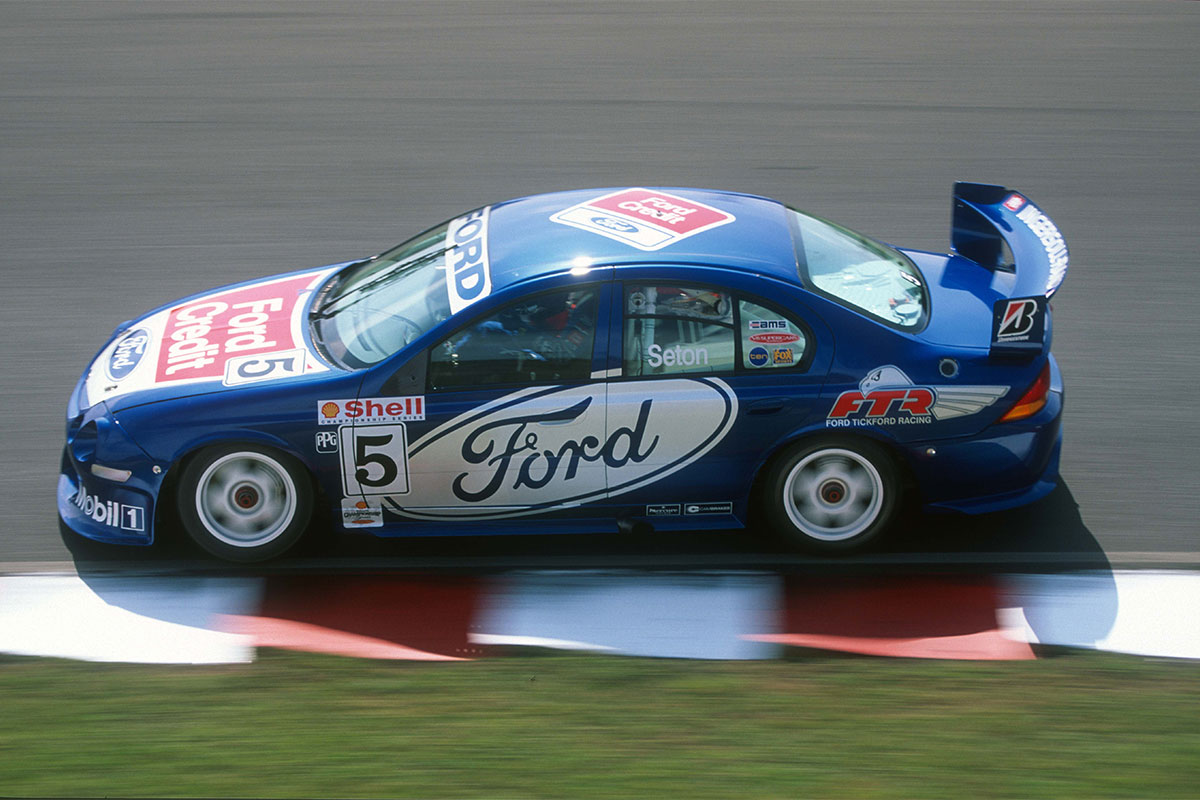 He was knocked out and fractured two ribs in the accident when he hit the tyre barrier coming onto the pit straight backwards and snapped the driver’s side of the car around into the barrier.

Injuries forced him to miss the Sandown round of the 2000 championship as well as the non-championship event on the Gold Coast.

“I probably never got over that one,” Seton reflects of the shunt.

“It has just started to dry on the day, I was on slick tyres and I came out of the second last corner on the straight and I just got off the dry line and onto the grass and away I went.

“There were no tyre walls there, it knocked me out. The next thing I remember the guys getting me out of the car and the pain in my back was horrendous at the time.

“I thought I had broken my back. I ended up having a week in hospital and it was the longest week of my life. I had concussion and vomited for a week.

“It was a really hard one to get over and I probably never really did get over it to be honest as a driver, it really knocked me around.” 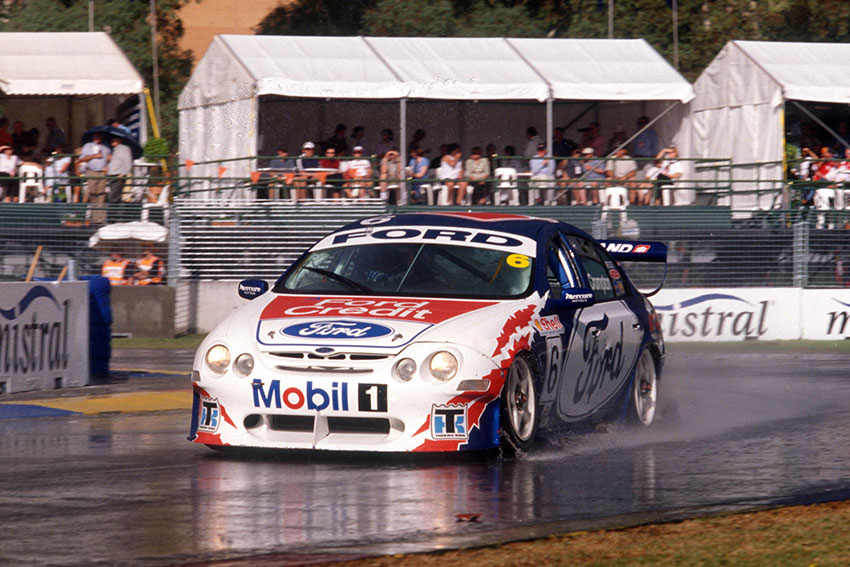 Now car owner David Murphy - who has raced the car in Sports Sedans in New South Wales in recent times as well as competed at the Challenge Bathurst event - is having the car returned to its V8 Supercar spec.

Former Seton team member Scott Owen is working on the car in his Melbourne workshop.

“It’s been pulled back to nothing,” Murphy told Supercars.com.

“Scotty originally started doing an underbody restoration after I took it down to him to have the six-litre engine pulled out and an original five-litre Seton engine put back in.

“Then he pulled it down, crack tested everything and now he’s going to town on it! 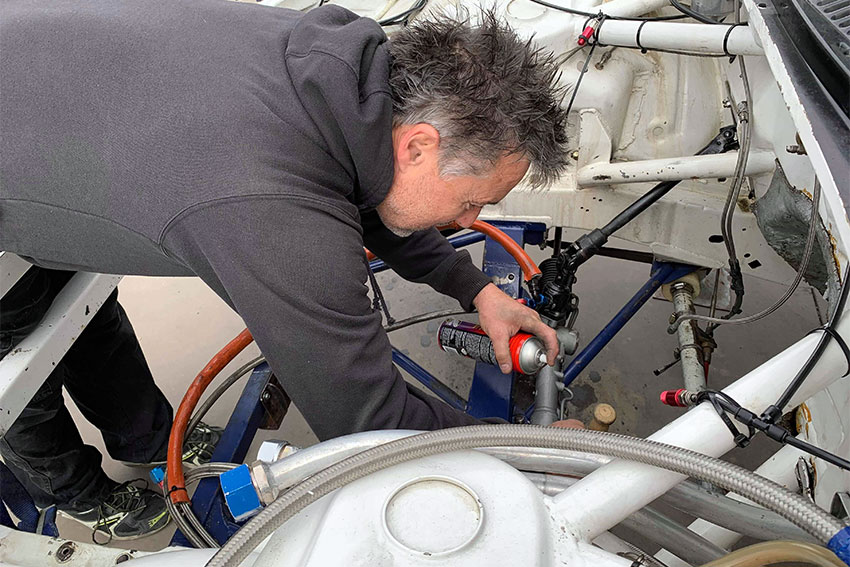 “Everything is going back to period correct. It had a sequential gearbox in it, so we’re putting it back to a H-pattern, all of the wiring with the MoTeC ECU and dash is back in.

“For the last 12 or 18 months I’ve been collecting all the parts to bring it back to being period correct.

“Scotty even know what brackets had to go on the diff, what sway bar blades it’s meant to have and even the engine had the wrong front pulleys on it, so he got the right ones so it all sits correctly.”

Murphy says he’s unlikely to again race the car in Sports Sedans, however would be open to running the car in further V8 Touring Car-style events in the future.

29/08/2019
Stay In The Know
Sign up to the Virgin Australia Supercars Championship Newsletter
This website uses cookies to improve your user experience. By continuing, you will be providing your consent to our use of cookies.Ok