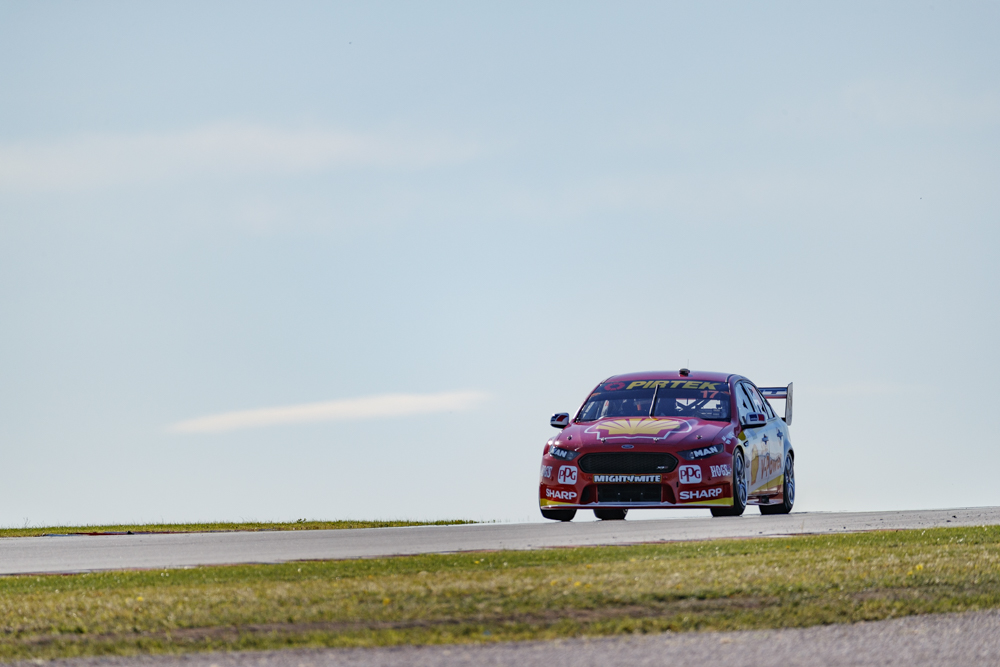 A shift of focus to the looming PIRTEK Enduro Cup offers a reset for Shell V-Power Racing after a "really tough weekend" at Tailem Bend, Ryan Story says.

Scott McLaughlin was not part of the fight at the front all weekend, and lost the championship lead to Shane van Gisbergen, who grabbed a win and a second.

Finishes of sixth and 10th, from fifth and 10th on the grid, marked the first time this year McLaughlin has left an event without silverware.

Team-mate Fabian Coulthard finished 14th each day, having started 22nd on Saturday and 13th on Sunday.

Supercars' newest venue was paired with the harder of the championship's two tyre compounds, last used at Phillip Island, where McLaughlin won both races in April.

Story concedes the team never got its Falcons working on the rubber, but believes "a bit of direction" was found in Sunday's race.

"It was a really tough weekend for us," Story told Supercars.com.

"We struggled to get the car working throughout the course of the weekend.

"We'd probably make a few changes if we could have our time over again.

"The enduros represent a bit of a reset for us.

"We've got a test day coming up and a good opportunity to hit those long races and get back to that level of consistency that's been a hallmark of our year to date so far, so that's what we're looking forward to."

Asked about the problems, Story added: "We just struggled to make the tyre work.

"We were chasing it all weekend, and the results told the story. That was all we could do this weekend.

"We've got a bit of a direction from [Sunday] afternoon's activities but certainly some more work to do before we come back here in 12 months' time."

McLaughlin admitted he and engineer Ludo Lacroix "tried every trick in our book this weekend, and unfortunately, we just didn’t get there".

The 25-year-old led the standings for four months from Phillip Island's event, but an 89-point advantage over van Gisbergen turned into a 19-point deficit in South Australia.

Story suggested his outfit's woes on the harder rubber were not entirely unexpected, despite McLaughlin's success the last time it was used.

"We did really well at Phillip Island, and had some interesting signs of struggle getting the hard tyre to work at the test days as early as [the pre-season test at] Sydney Motorsport Park.

"It's definitely something we need to keep thinking about and making sure we get the set-up right, which is a whole mixture of things.

"There's certainly some homework to do and a lot we can take away from the weekend."

The Shell Fords will sport identical Enduro Cup line-ups to 2017, McLaughlin joined by Alexandre Prémat and Coulthard by Tony D'Alberto.

A test next week will be Prémat's first laps with the team this year, ahead of the RABBLE.club Sandown 500 on September 14-16.