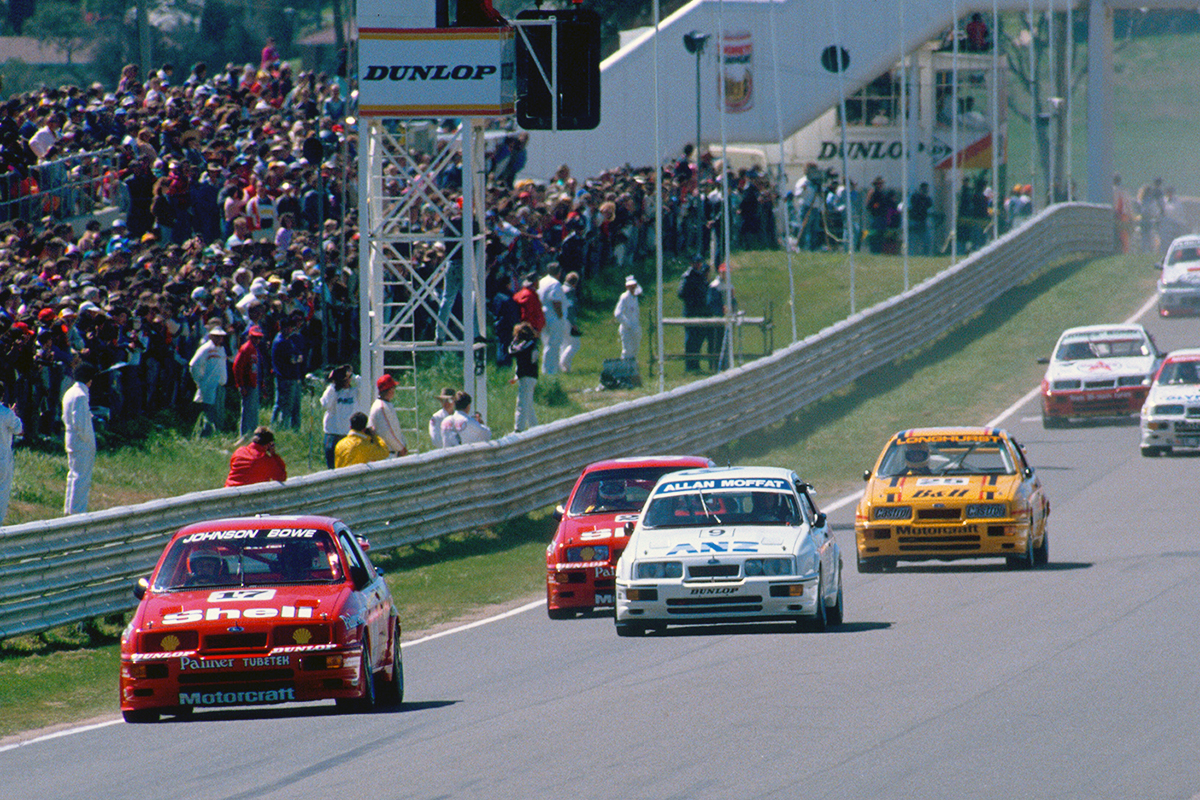 Thirty years ago, the 1988 Bathurst 1000 had a different look and feel to the start of the race.

For the first time in the Great Race’s history, the event commenced with a rolling start.

This was in line with regulations set by then-international governing body FISA, as the 1988 race was also the first of a four-round Asia-Pacific Touring Car Championship.

As history shows, Bathurst's link with the Asia-Pacific title, and the rolling start, was a one-time occurrence.

To little surprise in the Group A ers, a string of Ford Sierras occupied the top seven grid spots after qualifying for the 1988 race.

The fastest of the non-Sierra brigade was the factory Holden Special Vehicles Commodore of Larry Perkins and the late Denny Hulme. 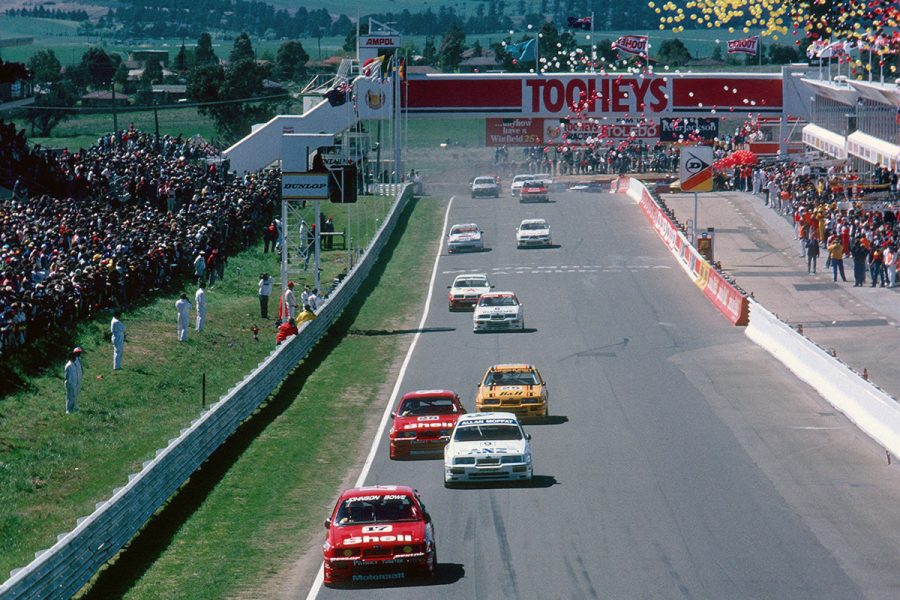 As for the rolling start, it was an anti-climax.

Pole man Dick Johnson convincingly led the field into Hell Corner and the 47-car pack was very strung out as it headed up Mountain Straight.

That feeling of pre-launch anticipation was not there. There was no tyre smoke, and the traditional jockeying for positions into Turn 1 had vanished.

Sure, the risk of a stalled car was negated, but the race start was not the same.

FISA regulations included a number of other odd changes to that year’s race, with car numbers dictated by the class they were competing in.

This rule forced Bathurst legend and defending winner Peter Brock to run under #56, rather than his famous #05 in a Class B BMW M3.

It was also the era in which drivers were also allowed to cross enter.

For example, the three-car Dick Johnson Racing team had Dick himself start the race from pole in the #17 Shell Sierra with John Smith in car #18 and John Bowe in #28.

When Johnson’s #17 Sierra blew a tyre down Conrod Straight, he parked that and jumped into the #18 car. 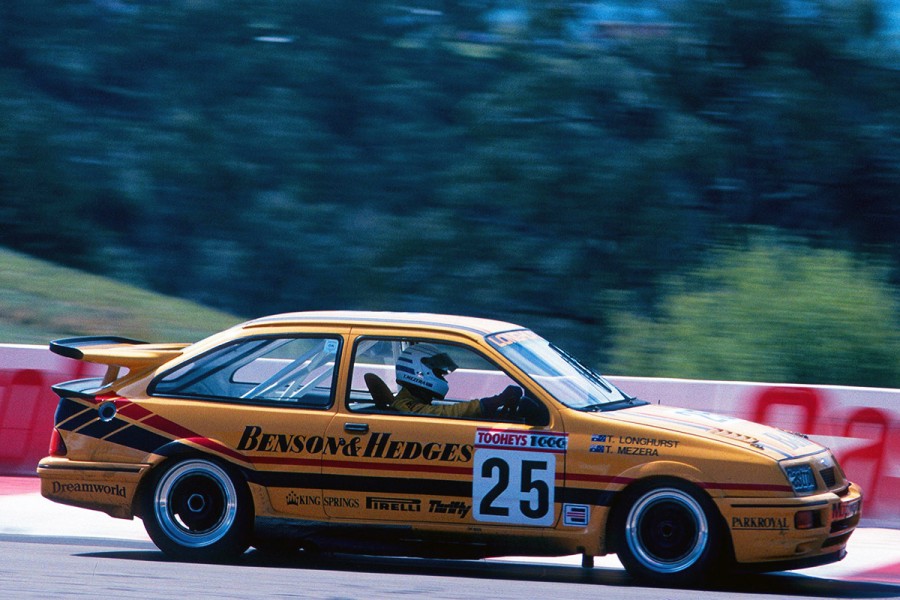 He and Bowe commanded seat time for the rest of the day, eventually finishing second to Tony Longhurst and Tomas Mezera, above.

Colin Bond and Alan Jones finished third, rounding out a Sierra-sweep of the podium.

But will 1988 be the only time the Great Race starts under rolling conditions?

If foul weather descends on Mount Panorama in the future around start time, a rolling start could be forced if officials deem it the safest option.

For now, however, the sight of a full Supercars field launching at the same time is what we can look forward to on Sunday October 7 this year.