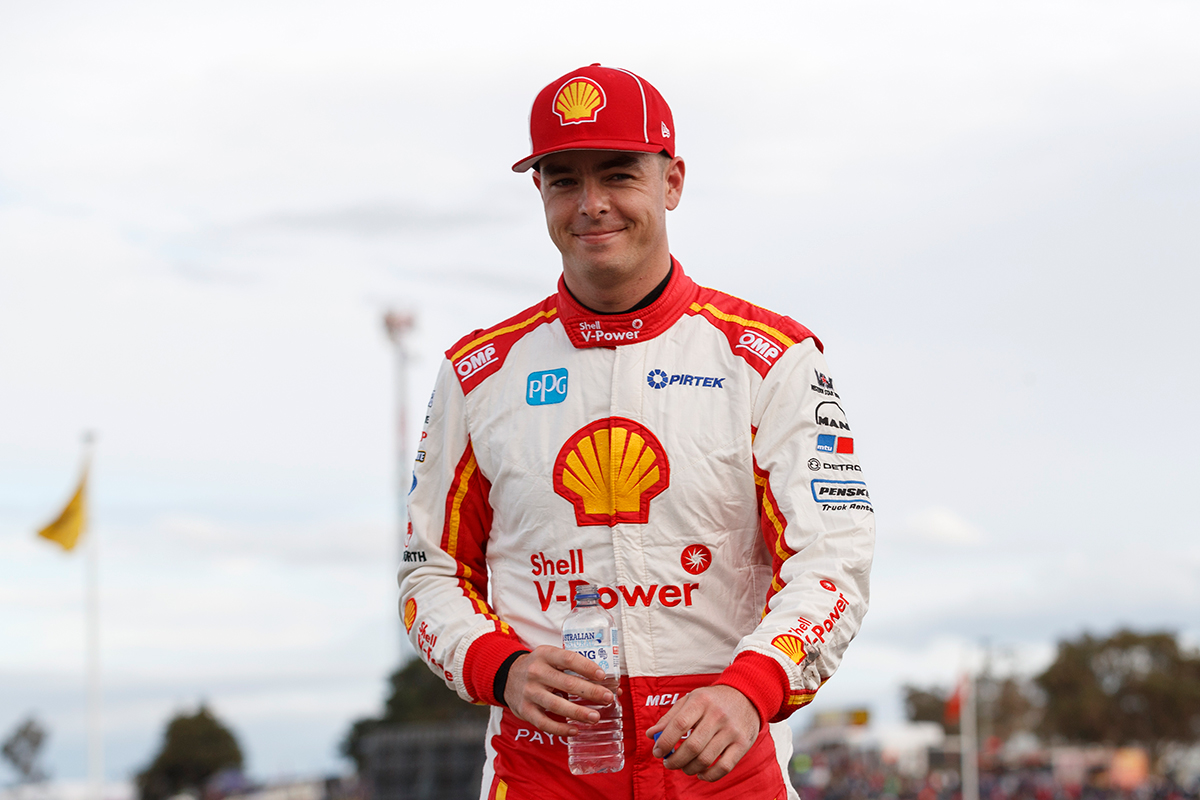 Scott McLaughlin says his Supercars focus has shifted in his second season with Shell V-Power Racing, from fixating on wins to being more “relaxed” about his results.

McLaughlin won a field-high eight races in 2017, his first year in a Shell Ford, and set a new record with 16 AMROR ALL Pole Positions from the 26 attempts, but ultimately fell 21 points shy of a maiden title.

Having said pre-season that he felt “a lot calmer” than he did entering his debut with the team, McLaughlin is the only Falcon driver to have won a race this year.

Sitting equal second and 11 points behind 2017 rival Jamie Whincup, he is also the only Ford driver inside the top eight in the championship, as Holden’s new ZB Commodore has stamped its authority on the opening three events.

“I feel comfortable,” McLaughlin said. “I know that on our day we can really challenge the top.

“I feel like we did that [on Sunday at Symmons Plains], we’ve just got to keep chipping away at it.

“We saw last year, we won the most races but we didn’t win the championship. At the end of the day, we’ve got to keep chipping away, getting the points.

“I definitely feel more relaxed about the championship situation.

“I felt last year that I had to go out and win every race and now I’m giving myself a kick up the arse and saying ‘just collect those points and you’ll be right’.” 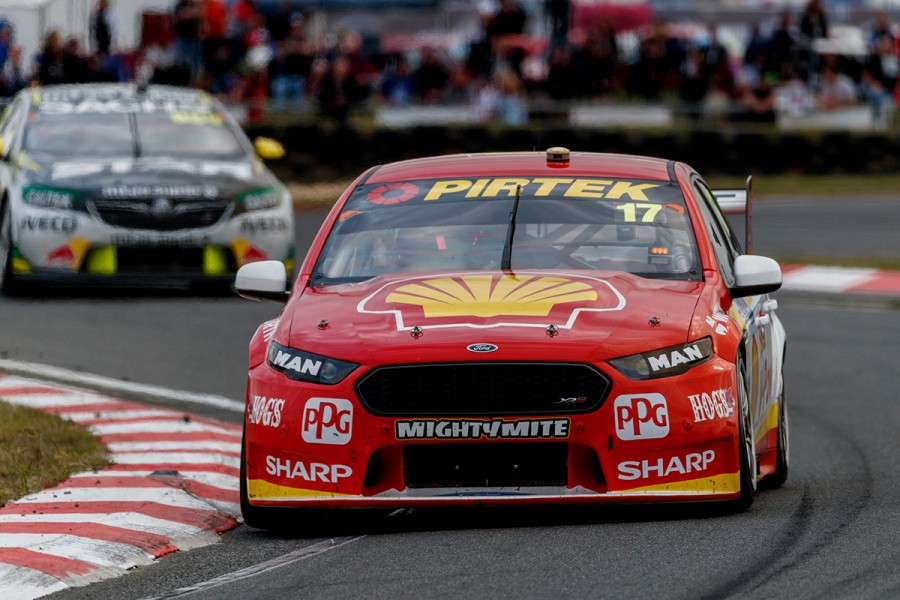 McLaughlin split the Triple Eight ZBs of Craig Lowndes and Whincup to finish second – his fourth podium of the year – in the Sunday leg of the Tyrepower Tasmania SuperSprint.

Strategy nearly got him out ahead of Lowndes after the second stops, but the 24-year-old said his runner-up finish felt like a win.

Holden’s ZB has won seven of this year’s eight races, and taken six of the eight poles, potential sweeps only interrupted by McLaughlin at Albert Park.

The next-best Ford driver in the standings is Tickford Racing’s Chaz Mostert in ninth, while McLaughlin’s team-mate Fabian Coulthard is 11th after a tough Adelaide opener and left-rear wheel problem in Tasmania.

“They’re doing a good job, all of the teams,” McLaughlin said of the Holden challenge.

“We’ve had our share of success at Albert Park. Some tracks work for each car and it’s tough out there.

“We’re working hard, the competition has stepped up and we’re just trying our best out there. We’ll work on everything for the near future."