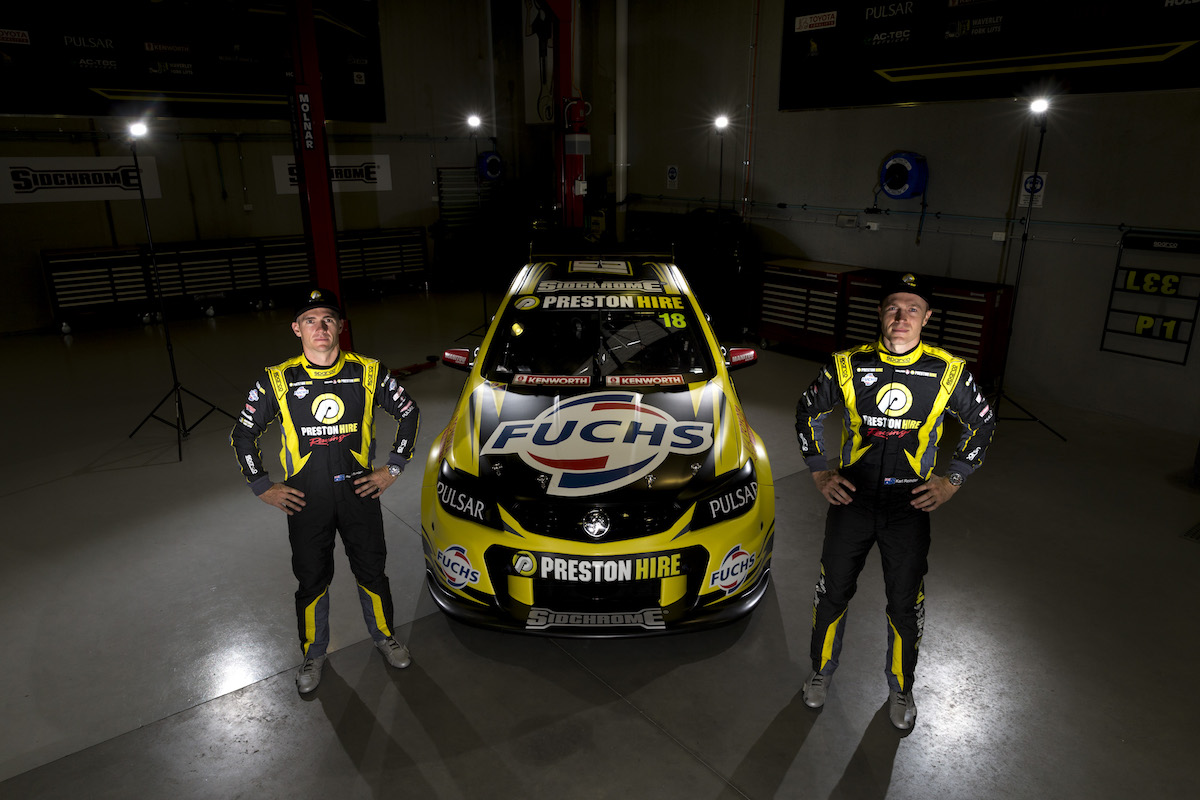 As part of its official unveil today, Preston Hire Racing has confirmed Karl Reindler as co-driver for Lee Holdsworth for 2016.

At the team’s Dandenong workshop today, the car’s livery and crew was revealed, along with Reindler.

The West Australian performed well in the endurances races last year teamed with Tim Blanchard at Lucas Dumbrell Motorsport, and surprised many after sitting a year out of V8 Supercars.

Reindler is hopeful of more positive finishes at three of the year’s most prestigious events, after helping earn Blanchard’s best result of the 2015 season at Sandown.

“It's funny you say that, because I had some great battles with this car last year at Sandown,” Reindler told v8supercars.com.au.

“They were pretty impressed, I think, with what I did last year. I'm pretty happy with how I drove, given I had a year off.”

Reindler raced three full seasons in V8 Supercars but is most known for his fiery crash at Barbagallo Raceway in 2011 off the start-line.

The 30-year old was keen to nab an enduro drive for 2016 and had his sights on the seat with Schwerkolt for some time.

“I got onto it a lot earlier than I did last year – I kind of instigated some conversations, but I had my eyes set on this drive,” Reindler said.

“I've had a longstanding relationship with Charlie over the years and knowing what he wanted to do with the car, getting Jeff [Grech] involved as well and knowing Lee is driving arguably the best he has ever driven, it's something I wanted to be a part of.”

Holdsworth achieved top 10 results at Sandown and Bathurst last year with international import Sebastien Bourdais, but explained experience had been key when making the selection this time around.

“We've looked at plenty of drivers and we had Sebastien Bourdais last year and he did a fantastic job, but we were needing some experience here and someone with really good speed,” Holdsworth said.

“I think the best guy to partner with this year is Karl Reindler, so I'm very pleased to announce Karl is on board.”

The Preston Hire Racing Commodore will hit the track on Monday, testing at Winton Motor Raceway, and Reindler was hoping to jump in for a few laps.

He steered a Triple Eight-built Holden last year at LDM, though he is expecting the #18 to feel a little different.

“We were a little bit shier last year in the engine department. We knew that, it was common knowledge. This year, as Charlie told me right from the start, it's the ‘burger with the lot’ package. It's the Triple Eight chassis and engine, all the trick bits on it,” Reindler said.

“This car has already proven to be fast … from what I know about these cars from the small about experience I had last year was that Lee is going to love driving it. It's going to hopefully be a force to be reckoned with come enduro time.”