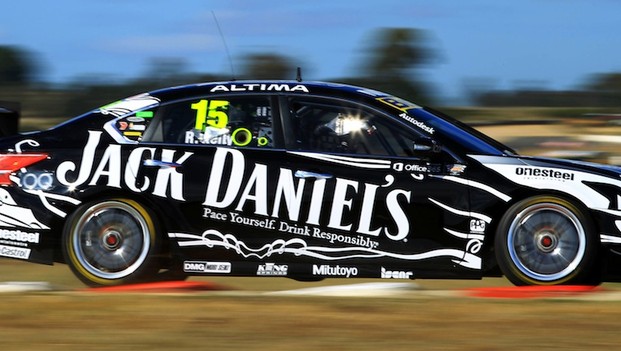 As the reigningchampion at Pukekohe Park Raceway, Jack Daniel’s Racing’s Rick Kelly is excitedabout the opportunity to return to the circuit for this weekend’s ITM 400Auckland.

When the V8Supercars last visited New Zealand’s Pukekohe in 2007, Kelly won the round, andhas some fond memories from the event, which followed on as the third round ofthe season after his 2006 championship victory.

"Heading intothis weekend in New Zealand, it brings back fond memories because we were thelast driver and engineer, Erik (Pender) and I, to win at Pukekohe back in2007,” Kelly said.

“It's going to betough to produce the same result this year, but nevertheless it's a happyhunting ground for us, a track that we enjoy and a couple of changes there aswell, which we can capitalise on.”

The 2.91 kilometre circuit hasundergone a $6.6 million upgrade since Kelly's win – with the addition of threenew corners at the end of the back straight and an upgrade in safety features – and so has the format, withplenty of time on-track for the Supercars.

Each race has it’sown qualifying session with two more on Sunday, followed by another two sprintraces. There will be no refueling during the races at the event.

Kelly, who sits 15th in the championship points, believes the new modifications to the circuit willsuit the Nissan Altimas.

"I think thetrack's going to suit us a little bit more than in Tasmania, so it's a chancefor us to move forward and continue gathering points,” he said.

“I'm quite excitedto head over to New Zealand, as much as the turnaround is tough with only one week,it's good for us to race every weekend, because we can carry the momentum fromTassie.”

Rick Kelly  ›
15' Jack Daniel's Racing ›
2013 ITM 400 Auckland  ›
Stay In The Know
Sign up to the Virgin Australia Supercars Championship Newsletter
We use cookies to ensure that we give you the best experience on our website. If you continue to use this site we will assume that you are happy with it.Ok