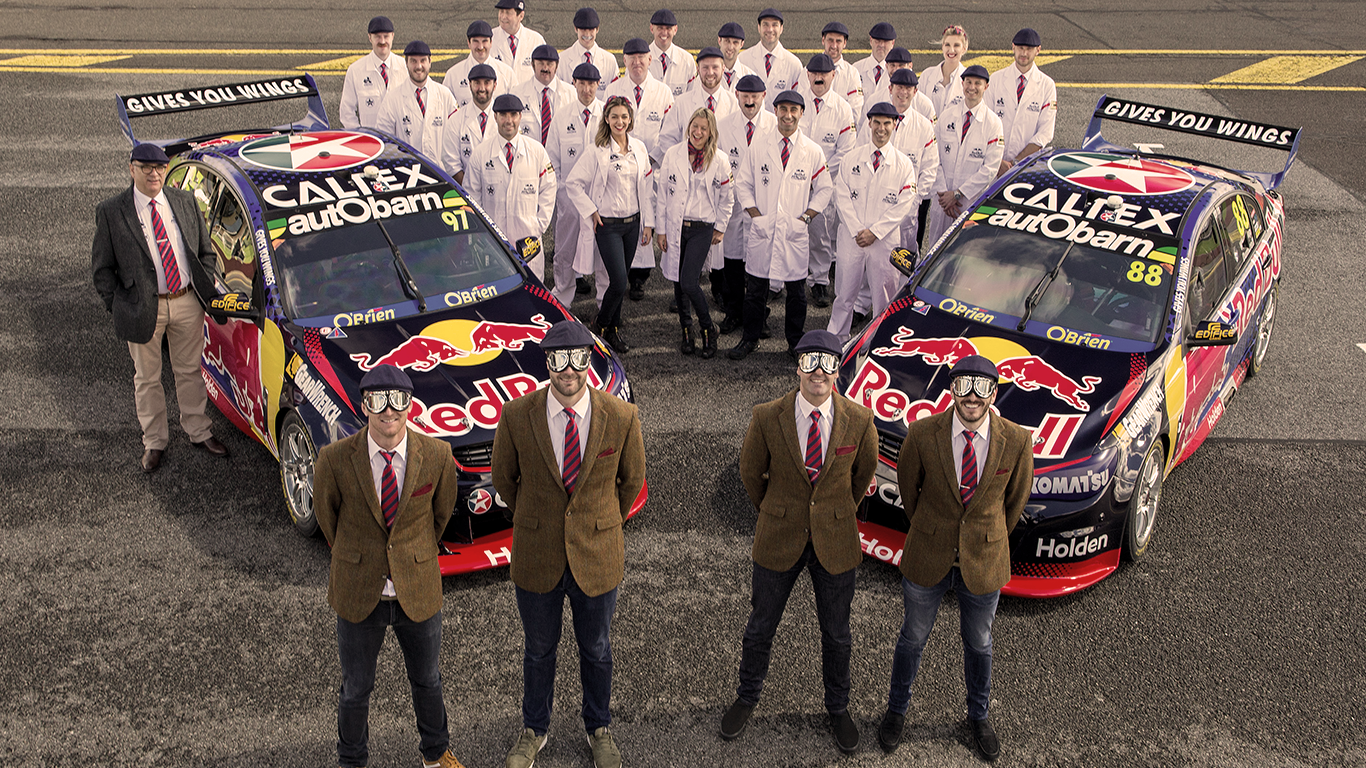 The Red Bull Racing Australia team has embraced the retro theme at this year’s Wilson Security Sandown 500, with the entire crew turning back the clock and stepping out in full costume.

Branded jackets have been traded for tweed and team polos are being swapped for shirts and ties, as the drivers and engineers hark back to the post-war Grand Prix era of the 1950s and ‘60s.

With the team’s mechanics donning old-fashioned overalls, the whole Red Bull Racing Australia team would have looked suitably at home at the 1962 Sandown International Cup, the first motor race held at the prestigious venue, which attracted the likes of Stirling Moss and Bruce McLaren.

“Sandown has a great history in our sport and this is an opportunity to give another special feel to one of our events – these are the things that separate us from other Touring Car Championships around the world,” said team owner Roland Dane.

“Given that there isn't really a retro Red Bull livery for the car, we wanted to enter into the spirit of the event by doing something fun.”

This weekend will mark the 47th time Sandown Raceway will host an ATCC/Supercars event, more than any other venue on the calendar.

But it’s not just the team who get to have all the fun. Special edition merchandise is now available for all fans to purchase and get into the spirit, which can be purchased both online and at the track.

“It’s a bit of fun to be able to trade out the usual colours for something a bit more, well, flamboyant,” said car #88 driver Jamie Whincup.

“It’s awesome to be able to let the fans get in on it; I expect to see plenty of Red Bull Racing Australia retro-inspired shirts around the track.”

Heading into the first round of the Pirtek Enduro Cup, the bulls are ready to charge into three of the best events on the Virgin Australia Supercars Championship calendar.

“When the enduros come around you can’t help but get excited. It is great racing, and a bonus for me, I get to race with my good mate Paul Dumbrell,” said Whincup.

“There is no better time of year in my eyes, and coming off the back of my 100 wins, I’m ready to get back on track and slug it out in those marathon races.”