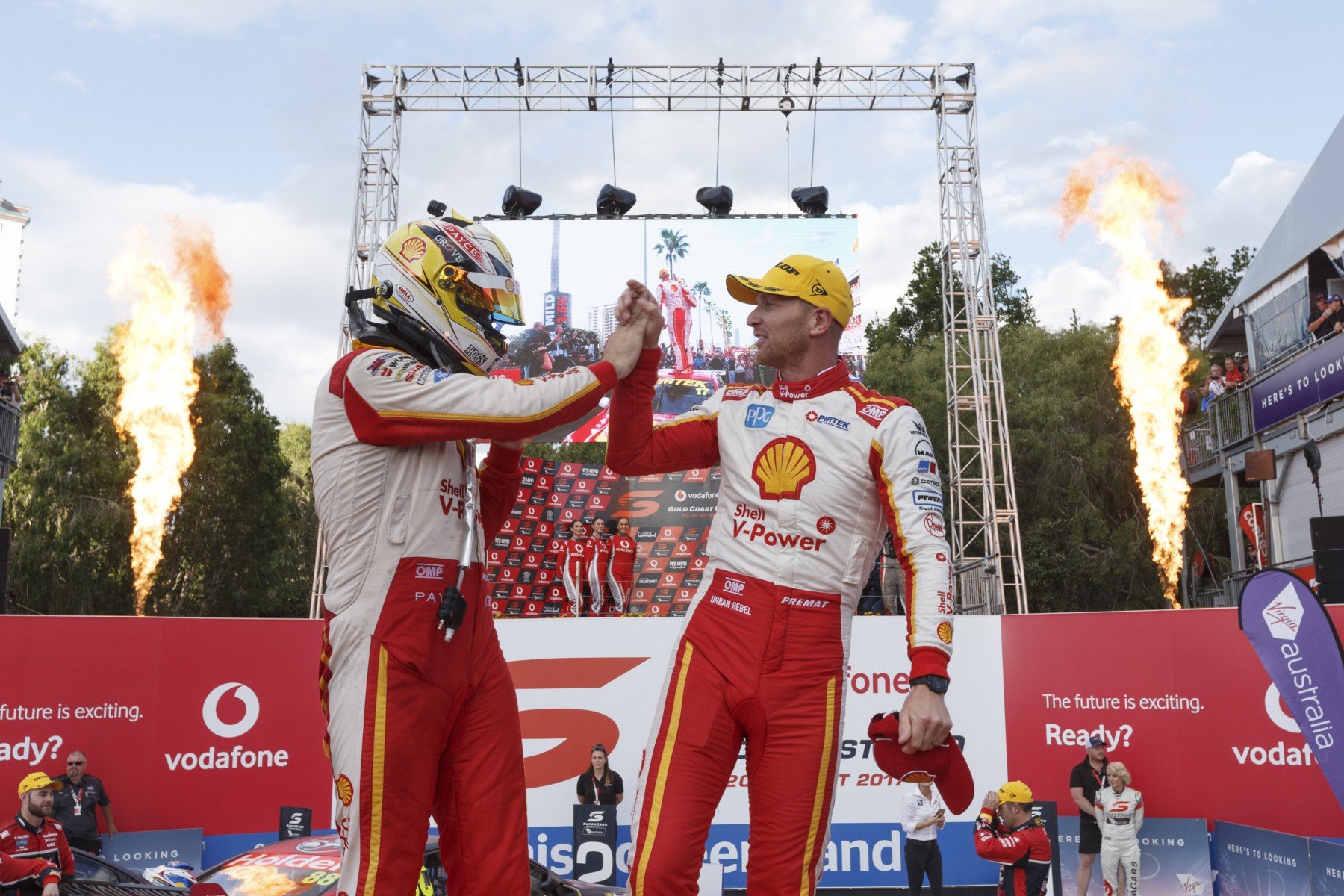 McLaughlin and Premat won the Sunday leg of the Vodafone Gold Coast 600 from 13th on the grid, the Kiwi jumping all three Triple Eight Commodores during the second round of pitstops.

Premat started the race and a combination of strong pace, clean overtaking moves and incidents ahead got him to sixth on the road and within 11 seconds of the lead.

That became fifth when Richie Stanaway tangled with Steven Richards on Premat's inlap, and fourth when the Shell Ford jumped Mark Winterbottom/Dean Canto in pitlane.

During his first stint, McLaughlin got within seven seconds of leader Jamie Whincup for the strategy of pitting earlier to work.

“For me, Alex Premat did the drive of the day,” Dutton told Supercars.com.

“If not for that, even with that strategy which is really good of theirs, they don’t win.

“They probably don’t even podium without Alex doing that drive. He did a cracker job, hat’s off to him.”

Premat finished eighth in the PIRTEK Enduro Cup - which he won with Red Bull and Shane van Gisbergen in 2016 - alongside McLaughlin, their engine failure at Bathurst proving costly.

In the sister Shell Ford, Fabian Coulthard qualified 22nd and finished ninth on Sunday, Tony D’Alberto getting it up to 13th in the opening stint.

While Whincup took the lead of the Supercars Championship at the Gold Coast, Coulthard and McLaughlin are both within 27 points. 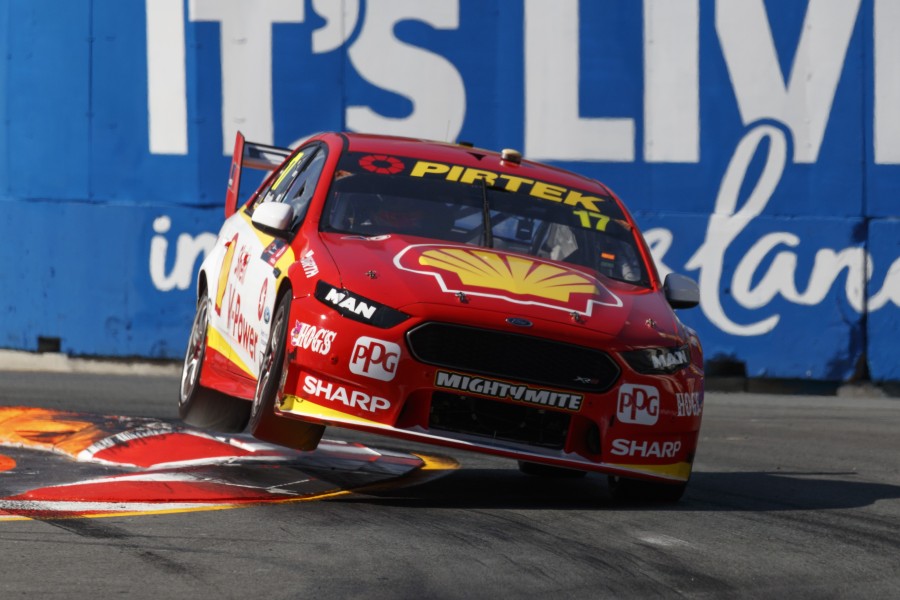 McLaughlin said Premat “saved the day, he came through like a champ”, and the Frenchman noted his initial target was to get into the top eight.

The stint came 24 hours after a tough run in the wet, where Premat spun and handed the car over in 21st place.

“I made a good start and the car felt pretty good after the first few laps,” explained Premat.

“I could build some confidence, I love the street tracks, and the car was getting better and better.

“With Ludo [Lacroix] and Scott before the race, the tactic was to, not dive-bomb, but get back into the top eight to try to help Scotty to a good finish.

“I think I set it up, I won’t say everything, but it was a good start for the race. I’m really happy and pumped for Scotty’s championship.”

Managing director Ryan Story added that Premat using less fuel than would have been expected with his left-foot braking aided the car’s eventual undercut strategy.

“I think what helped us then was Alex, as a left-foot braker, his fuel numbers were probably better than what we anticipated,” Story told Supercars.com.

“That definitely played a part.”