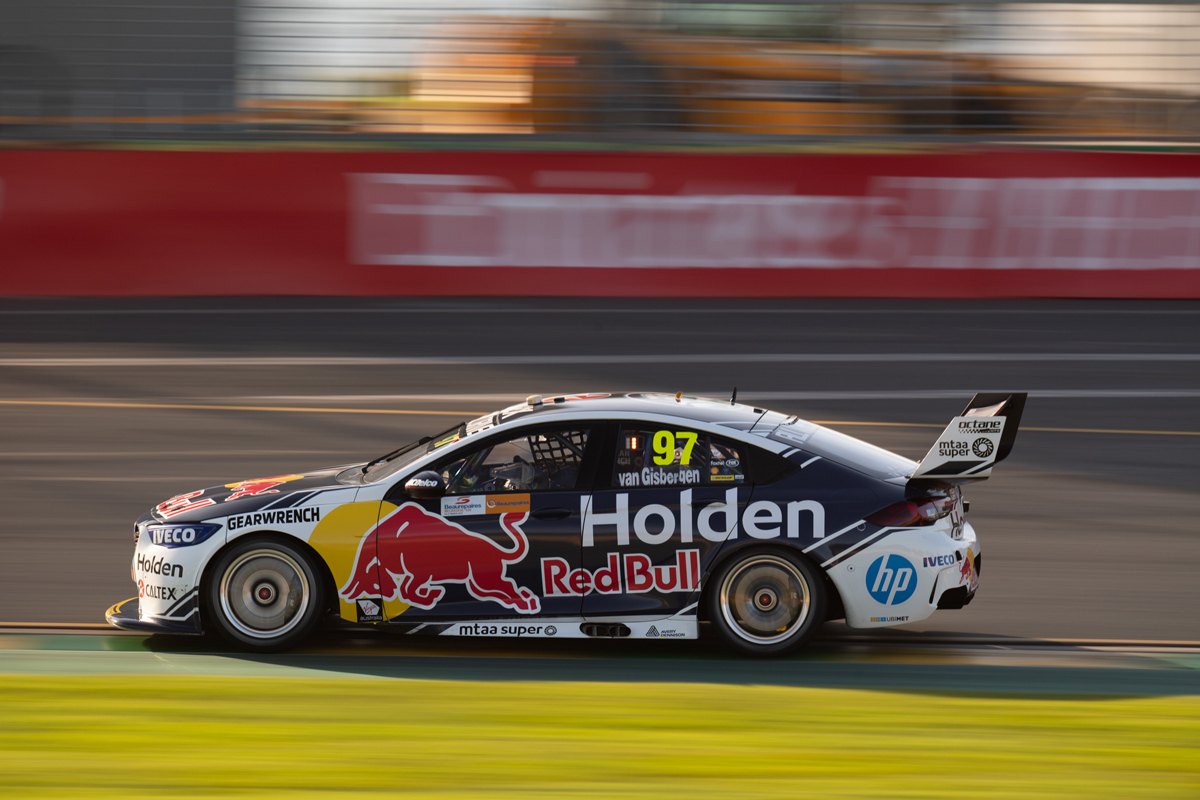 Officials have stung the squad with a $5,000 fine and 30 teams’ championship points penalty after the #97 Holden lost a wheel in Saturday’s third race of the weekend.

Van Gisbergen was running ninth when his car shed its right-rear wheel at Turn 10 on lap 19 of 25; four laps after its compulsory pitstop.

The Kiwi pitted for checks and a replacement wheel, and also took a precautionary third stop before race end, finishing two laps down in 22nd.

It marked the second disaster in as many days for van Gisbergen, who suffered an engine failure while running fourth late in Friday evening’s opening encounter.

Having entered the weekend second in points, the 2016 champion has sunk to ninth, 140 points behind leader McLaughlin.

"Today there is really not much to say about the race. It’s tough to go out there and have all these issues,” he said on Saturday evening.

“The beginning of the race wasn’t ideal with the starting position, but it seemed alright.

“It felt like the engine was slow and then wheel fell off so it’s definitely not what we wanted.

“The crew will take a look at it tonight and hopefully be better tomorrow.”

Will Davison picked up ninth with van Gisbergen's demise, and then passed Nick Percat and James Courtney after the restart to finish seventh.

He falls to 10th in the final results after receiving a five-second time penalty from stewards.

That was for failing to leave racing room at Turn 3 on lap three, while fighting James Golding.

It puts Courtney and Percat back to seventh and eighth and Andre Heimgartner into ninth.

Golding's team-mate Richie Stanaway copped a heavy sanction for a run-in with Lee Holdsworth during the race.

Stanaway was disqualified, fined $10,000 and sent to start Sunday's final race from pitlane.