The Holden duo topped a Supercars session each on Friday and again set the pace in the 20-minute Practice 3, the final run before ARMOR ALL Qualifying.

Van Gisbergen was on top for the majority of the session having set a 50.9370s during the opening minutes.

That stood until Whincup recorded a 50.7395s on his final run, four minutes from the chequered flag.

A change in wind direction since Friday proved a challenge for the drivers and contributed to slightly slower times than the record-breaking speeds from Practice 2.

“Now it’s the complete opposite, so you’ve got to be a bit careful into the hairpin but you can go super deep down the back.

“To go faster, yesterday’s conditions are great, that’s why we saw those times.

“It doesn’t really matter what the time is, it’s just trying to be quicker than everyone else.

“[Engineer David] Cauchi has made a tune on our car overnight to make it better, which is nice, we’ll see what happens in qualifying.”

Added van Gisbergen: “With the big headwind down the back straight, a slipstream is worth so much. I just didn’t have one and lost a fair bit.

“The car’s pretty good. We’ll put some new tyres on it in qualifying and hopefully get a bit better.”

Scott McLaughlin ended up as the best of the rest in third, 0.1002s slower than Whincup.

David Reynolds was fourth after a session that included a close-call with van Gisbergen when the Kiwi suddenly backed off through Turn 3.

“Luckily I’ve got cat-like reflexes because I saved my car and I saved his car,” said Reynolds.

“I’m not sure what he was thinking. I think Craig [Baird, Driving Standards Advisor] has to have a chat with him.

Van Gisbergen shrugged off the incident, which commentator Mark Skaife had described as a “full-on brake test”.

“I mucked up my lap, and carried on, the corner was ruined,” explained the championship leader. 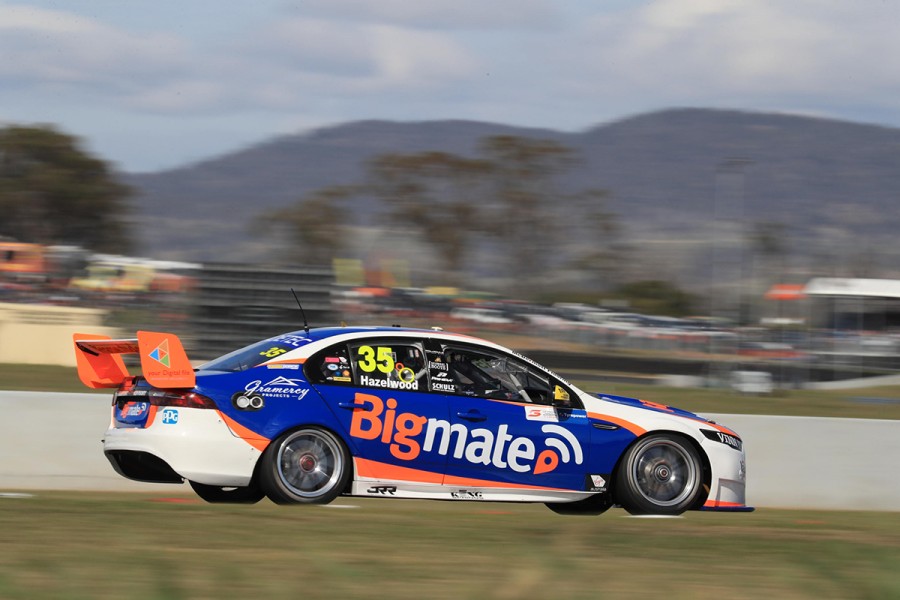 Chaz Mostert was again down the order in 15th; the Supercheap Ford among those who will have to fight their way through Q1 this afternoon under the new qualifying format.

The maiden session with the new format starts 12:55pm, setting the grid for this afternoon's 50-lap race.