The Clipsal 500 Adelaide joined forces with Red Bull Racing Australia to give fans an electrifying preview to the V8 Supercars opener in Adelaide with a live pit stop demonstration in Adelaide’s Rundle Mall.

Kicking off the Clipsal 500 race weekend in style, Shane van Gisbergen surprised the lunch-time crowd in Adelaide’s CBD when he roared around the streets in his #97 VF Holden Commodore in a spectacular warm-up to this week’s Clipsal 500.

Two lucky fans were chosen from the crowd to join Van Gisbergen and teammate Jamie Whincup as they put their rattle gun skills to the test when they faced off in a head-to-head battle to see who could change a tyre the fastest.

Six-time V8 Supercars champion Whincup, who won the first race of the Clipsal 500 last year, admits he enjoys the festivities. 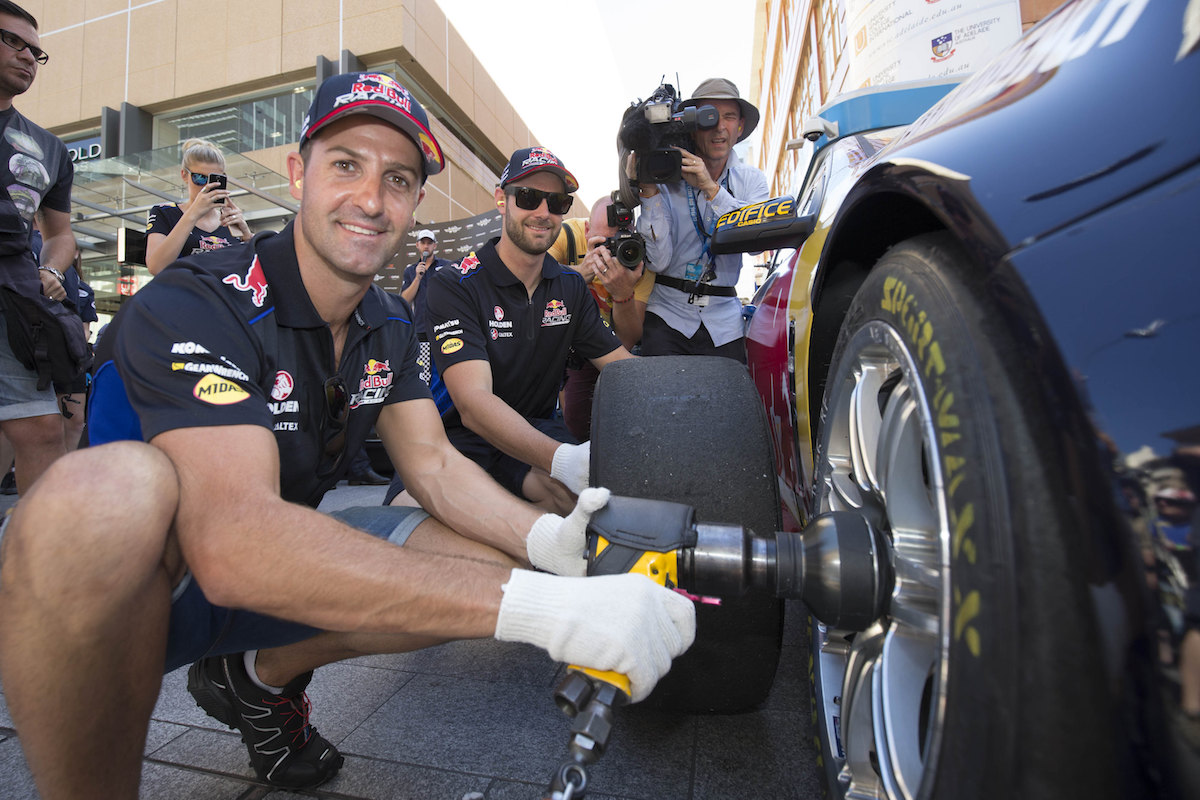 “It’s been a slower start to the year than usual, so I'm really pumped up and ready to go now,” said Whincup.

“It’s great to come out here and see all the locals, it’s going to be a massive weekend of racing.”

It wasn’t just the two challengers who were experiencing a Red Bull Racing Australia pit-stop for the first time, but newbie Van Gisbergen was too.

“It’s the first time I have done something like this at this scale,” said Van Gisbergen.

“I am starting to understand that Red Bull Racing Australia don’t do things by halves, the bigger the better!”

With his new team behind him and a brand new chassis, Van Gisbergen is positive that Red Bull Racing Australia has the tools and the team to hit the ground running.

After a successful test day at Queensland Raceway earlier in the month, van Gisbergen is confident in his delivery. 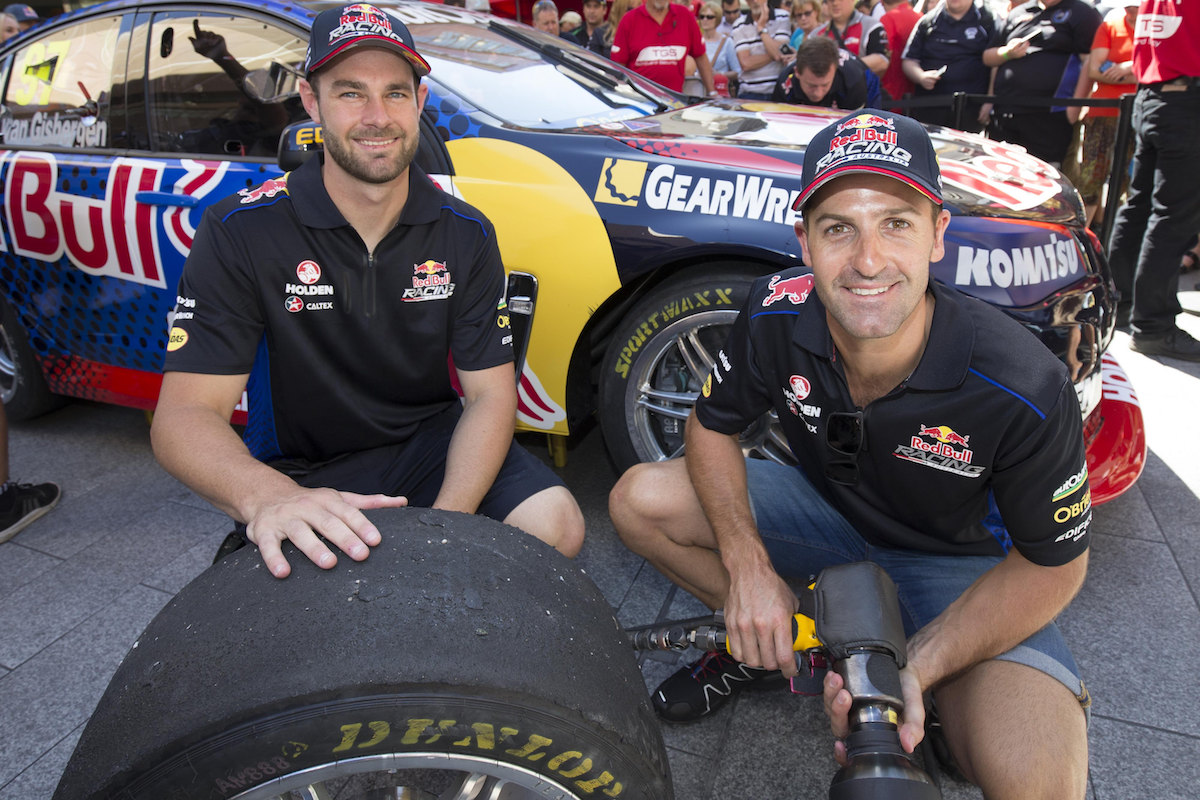 “I have been waiting for Clipsal to come around, I am excited to get in and kick off the season. The car has been driving well, at both the shakedown and the test day, and teaming up with Grant (McPherson, Race Engineer) is going really well,” he said.

“I’ve finished in the top five in the drivers' championship the last three years in a row. I have been racing to beat Jamie now for many years, and now he’s my new team mate, it’s even closer to home.”

For Whincup, 2016 will see him hopefully bounce back to the top of the leader board from what was, by his standards, a weak season last year.

“We had a slow start at the beginning of last year, but we found our pace mid season, and after the test day, I feel confident that we’ve still got it,” said Whincup.

“There is no doubting the Clipsal 500 is one of the toughest races of the season. The 250km race on Sunday is nearly like a mini endurance race, they put us to work straight away.”

The Clipsal 500 kicks off tomorrow with support categories including the Dunlop Series on-track.

The V8 Supercars Championship returns to your screen on FOX SPORTS 506 and Ten HD from Friday. Click here for full TV times.