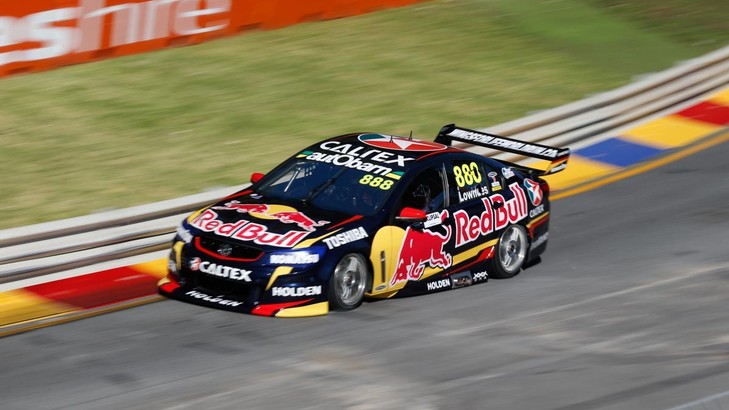 The first two ARMOR ALL Qualifying sessions of the season are complete, Red Bull snatching pole for both tomorrow’s races at the Clipsal 500 Adelaide.

But the surprise package from the second 15-minute run was Scott McLaughlin, fighting with Michael Caruso’s Nissan and Lee Holdsworth’s Mercedes AMG for the front row in the closing seconds.

It was business as usual in the first session, with Red Bull dominating. Jamie Whincup clinched ARMOR ALL Pole Position with a 1min20.5849 lap, ahead of his teammate. But Lowndes fought back in the second run to take pole with a 1min20.4155 – and even he is excited to start the race next to the Volvo S60 tomorrow, which splits the Red Bull teammates.

“These guys deserve such credit. It’s been an exciting project as well… Polestar in Sweden have done a ripping job with the engines. A lot of credit has to go to a lot of people, but I’m thrilled to bits.”

Rogers promised to do something special on the grid tomorrow, so stay tuned for the twilight race.

Meanwhile, Whincup was happy with the team’s results out of the box.

“It’s pretty cool, one apiece, we’ll certainly take that. No one’s car was perfect, mine was a bit of a handful,” Whincup said. “I fluked the first one!”

Ford Pepsi Max Crew’s Mark Winterbottom was third in Q1, but back in fifth for the second.

Q2 saw all five manufacturers qualifying in the top seven, with Winterbottom, Holdsworth and Caruso finishing behind Jason Bright (fourth).

Tomorrow kicks off with the weekend’s final practice session, ahead of race one at 4.20pm local time, and race two at 6.50pm.

The Dunlop Series will race this evening at 6.15pm local time.