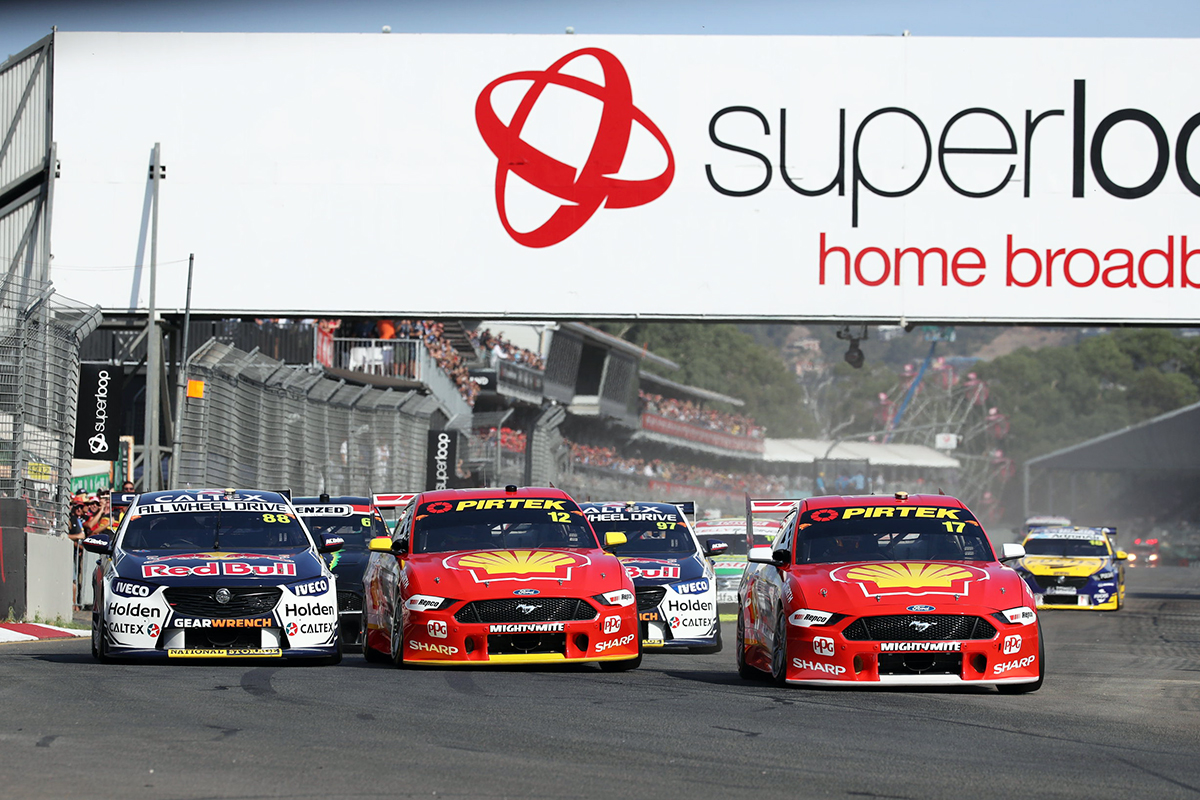 The 2019 Virgin Australia Supercars Championship got underway with bumper TV, attendance and digital numbers at the Superloop Adelaide 500.

Ford's new Mustang Supercar was the headline act, and it did not disappoint, with defending champion Scott McLaughlin taking his to a pair of victories.

That garnered plenty of attention on Fox Sports and Network 10, with the combined average viewership up 9.3% from the 2018 event, and 12.1% on peak audience.

Fox Sports recorded its highest-ever Adelaide ratings, with significant increases on each day of its broadcast.

That includes a 20% rise for Sunday's race, for which attendance at the street circuit was a 90,000 sellout.

Meanwhile, visits to Supercars.com over the event were up 28% and page views up 21% compared to 2018.

There was similar growth with the Supercars app, which had 36% more opens and 29% more screen views than for the same event a year ago.

Nathan Prendergast, who heads up Supercars Media, said the evolution of the television broadcast into a world-class product was a mixture of innovation and building on current platforms.

“It’s humbling to hear people from Australia and around the world congratulate our team on the quality of the broadcast and the level of immersion at a viewer level,” Prendergast said.

“Our television team is very similar to a race team. It's not that we necessarily built a better mousetrap, we're just refining it more and more.

“The whole purpose of what we do is to provide the best possible experience to the viewer whether that is on a television screen, a device, online or at the track.

“We do that with a mix of passionate and extremely talented people, the support of our broadcast partners and of course the teams and the drivers.”

Supercars Media added Australia’s new streaming service Kayo Sports to its list of broadcasters from Adelaide, adding to the ways people can engage with the sport.

“With Kayo you could watch the main broadcast, two in-car streams, a direct feed from chopper cam and a live timing feed as part of the multi-channelling option,” Prendergast said.

“From a digital perspective, that was certainly an innovation.”

Prendergast said the addition of Craig Lowndes into the expert commentary team was another positive engagement for the fans.

“Craig brought a fresh approach to the broadcast, I really enjoyed what he offered,” he said.

“He has a willingness to tackle all subjects with a frank and highly qualified opinion with no prejudice or favour.

“With Craig's intimacy with the sport and the people, we've got the best of both worlds.”

The 2019 Virgin Australia Supercars Championship continues on March 14-17 at the Beaurepaires Melbourne 400.