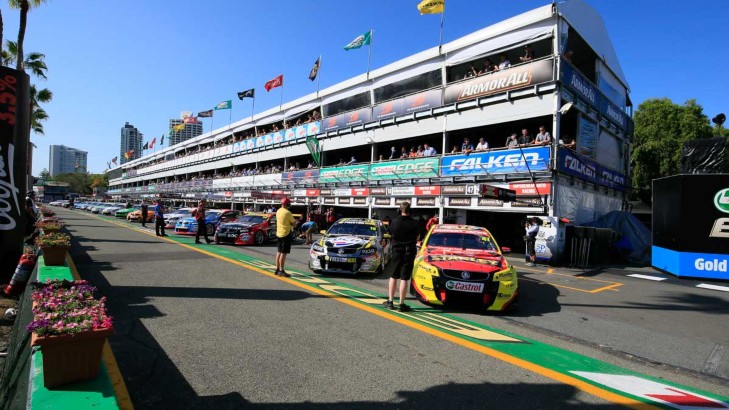 V8 Supercars CEO James Warburton said the attendance was a seven per cent increase on last year's crowd of 184,732.

"This is biggest attendance we've had at the event on the Gold Coast since V8 Supercars started promoting it in 2012," he said.

"I want to thank our loyal and passionate fans for the support of this sensational event. To have 197,872 fans attend this year's Castrol Gold Coast 600 confirms its status as one of Queensland's biggest sporting events.

"They've enjoyed great entertainment on and off the track including last night's Cold Chisel concert. I want to thank Minister Kate Jones, Tourism Events Queensland, the Queensland Government and Castrol for their ongoing support of the event."

Tourism and Major Events Minister Kate Jones said the Castrol Gold Coast 600 was a key part of Queensland's major events portfolio which is focussed on driving more visitors to the state, providing a boost to the economy and showcasing Queensland's destinations.

"This is a wonderful event for the Gold Coast and Queensland, showcasing this stunning destination to the world. It's fantastic to see such a great crowd come along to see why the Gold Coast is 'famous for fun'," Ms Jones said.