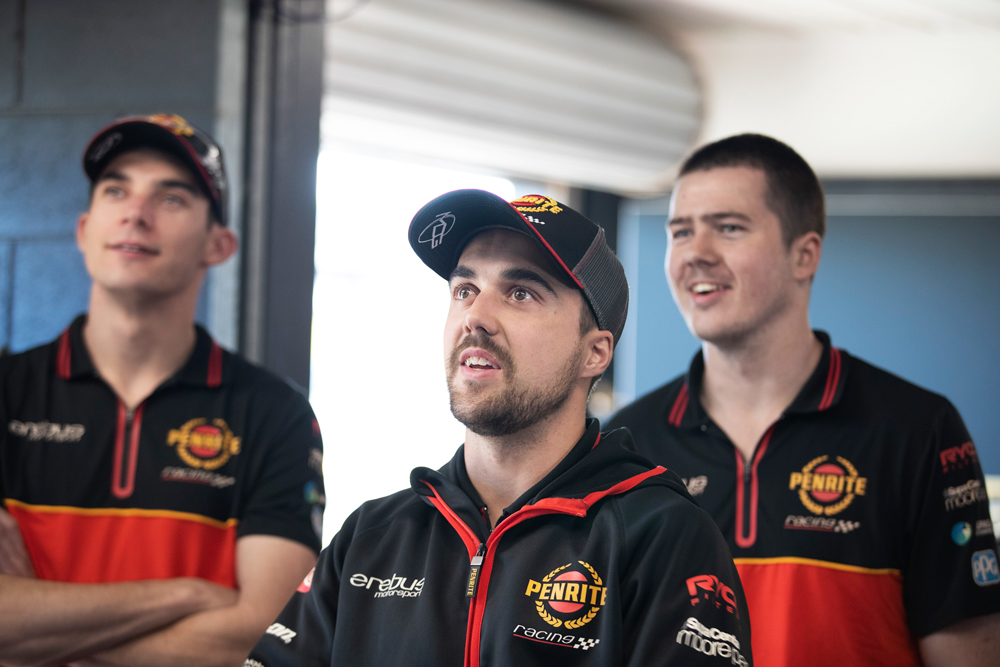 The second episode of the highly anticipated docuseries Inside Line – A Season with Erebus Motorsport aired last night, and it did not disappoint.

Reynolds is the star driver known for his hilarious antics; Lew Fatt is most famously a former Big Brother Australia contestant.

Together they make for an intriguing mix, something the docuseries gives an insight into – such as with the predator statue standing proudly in their home.

“So our apartment is full of some weird, quirky things and as you can see, the very first thing that would catch your eye is predator,” Lew Fatt said.

“For weeks it scared me but now I kind of love it because it’s a good talking point in the house.”

Reynolds contributed: “Originally I wanted to send it to my old man as like a joke present and then I liked it so much that I kept it for myself!”

Reynolds credits his partner for keeping him in good spirits, no matter the circumstance.

“I love my girlfriend, she always makes me smile no matter what time of the day I see her and no matter how bad I go on the track,” he said.

Three top 10 finishes between Reynolds and Anton De Pasquale could be forgiven for passing as a more than respectable outing for Penrite Racing at Symmons Plains in 2019.

Reynolds in fact starred with a podium on the Sunday, fighting tooth and nail with Fabian Coulthard for second place before having to settle for third.

But it comes with the territory of a team eyeing the pinnacle of the sport that any hiccup is simply not good enough.

As such, friction surfaced when De Pasquale was taken out of contention for a solid Sunday placing by a gear level problem.

De Pasquale flagged the issue with race engineer Mirko De Rosa, exclaiming as he drove down pitlane: “I’m in the pitlane mate. I don’t know what you don’t understand, the gear lever is in my hand.”

A costly situation, which crew chief Dennis Huijser and Car #9 engineer Alistair McVean had disagreed about regarding the next step, all captured in the heat of the moment.

Car #99 lead mechanic Brad Packham admitted: “I got so furious at myself that something like that happened on my watch.”

After a period of time in the garage, De Pasquale limped home in 23rd to accrue some sort of points haul.

There had also been, earlier in the weekend, some frank exchanges regarding pitstop practice featuring Huijser – as well as a stewards scare over Reynolds’ sixth on Saturday, causing Ryan to launch a passionate defence. 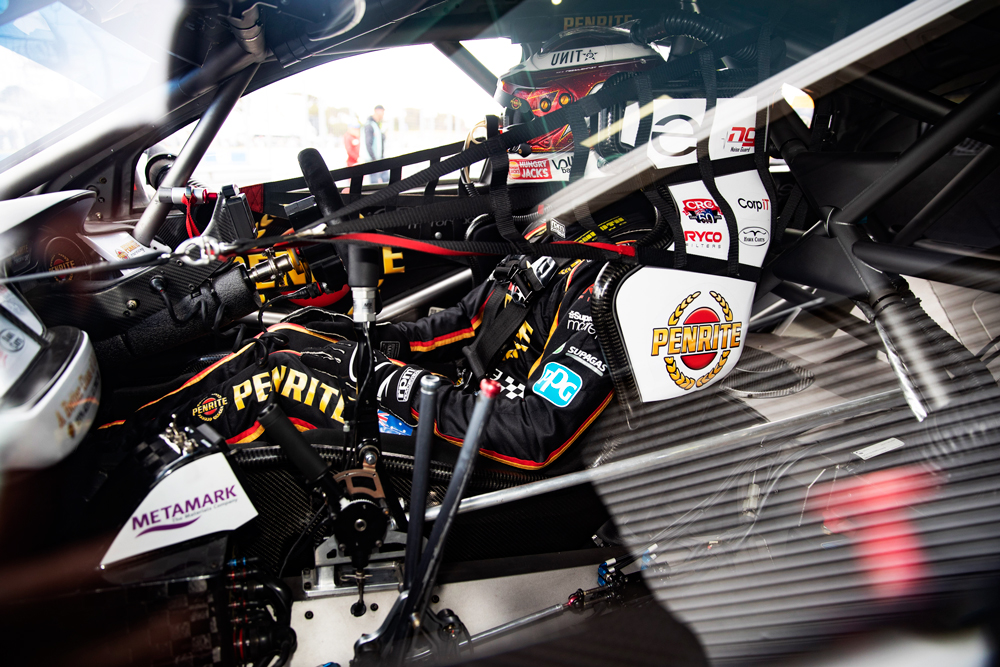 Drivers’ futures up in the air

With both of their drivers out of contract at the end of the 2019 season, it was only a matter of time before silly season talks came into the picture for Erebus.

“I haven’t decided not to [keep them],” says Erebus owner Betty Klimenko

As we know now, Reynolds and De Pasquale both signed extensions – a whopping 10-year deal for the former – but it wasn’t without a period of hesitancy.

Klimenko opened up on the quirks of negotiating with Reynolds: he had requested during their previous contract talks that it be put into writing that he must stay in the same building as Klimenko when the team was on the road!

As for De Pasquale, while he signed on for a third season with the team, many believe a shift to the frontrunning Shell V-Power Racing squad could be on the cards for 2021.

Even in the early phases of ’19, Klimenko wasn’t ruling it out as a possibility.

“I did turn around to [Shell V-Power Racing managing director] Ryan Story and said ‘look… if now or in five years you ever want to pinch Anton, come and tell me beforehand so I have got a bit of a heads up,” Klimenko said.

“If you asked me personally, I think Anton if you looked at him outside of the team and looked at him in the team, he’s a perfect Penske driver.

“The hair is quaffed, the manners, everything else.

“Unfortunately he has found a home with people who are not so quaffed.”

Added Erebus CEO Barry Ryan: “I want us to be a team that’s going to be better than Penske one day and hopefully Anton can see that and we can try and match them one day.”

An excellent result, it didn’t come without a major scare, as a lambda sensor failure triggered concerns over the #99 Commodore’s fuel situation.

“Someone won’t be here tomorrow if it f***ing runs out [of fuel],” a stressed Ryan was heard saying.

Thankfully, De Pasquale made it home for an outcome celebrated by the team.

“Anton’s first podium with the team, it was a pretty proud moment,” Ryan reflected after the race.

Episode 3 will air 7pm AEST on Tuesday April 7, on Fox Sports and Kayo.

The day De Pasquale took the next step