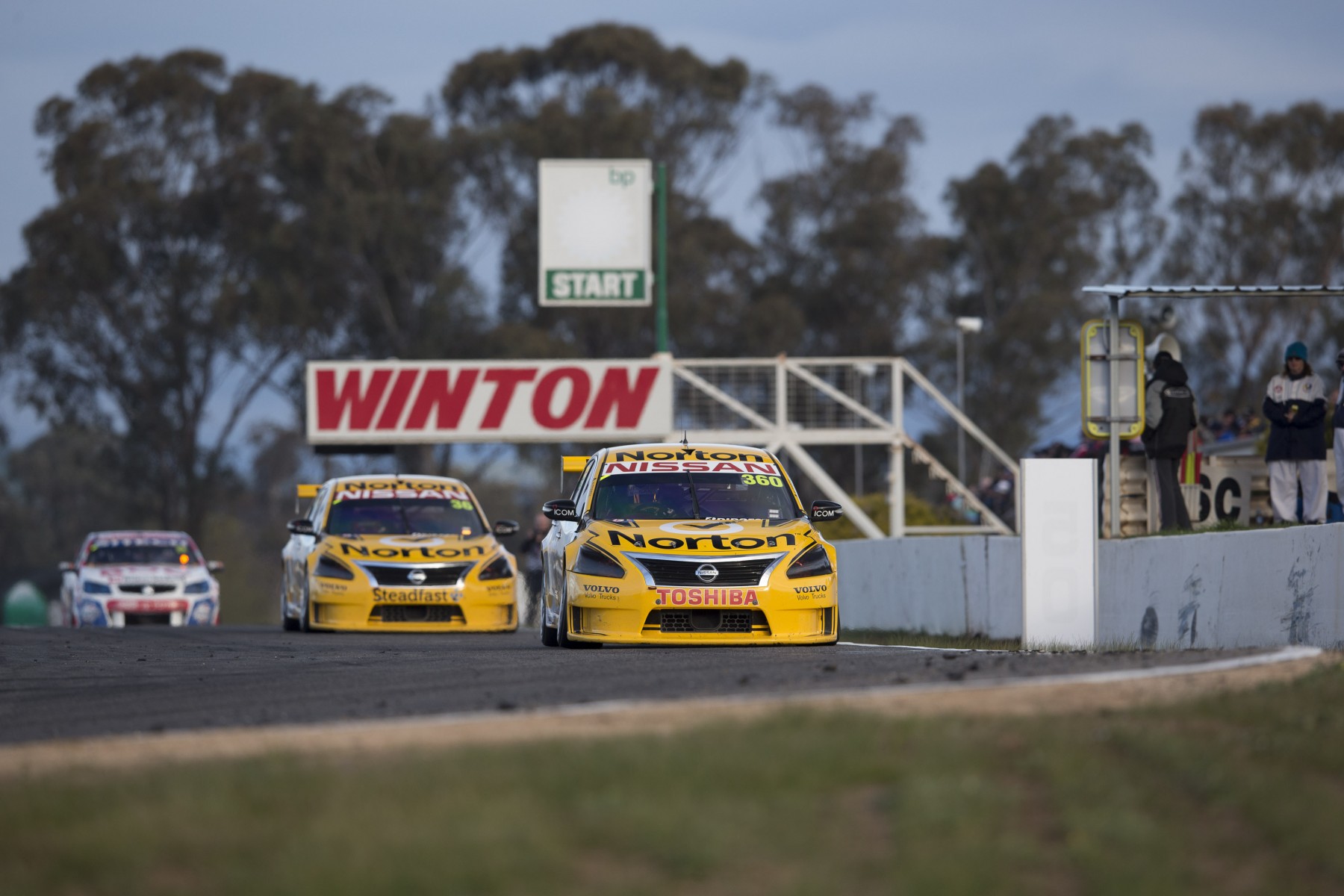 Next on the calendar is Winton Motor Raceway, a grass-roots Victorian venue teams have driven countless miles around.

Here are some of the standout moments in recent years – vote for your favourite below.

Wet Winton caused chaos in 2004 and it was the champ who was most affected, finding himself stuck in the mud in the 100-lap race. Fans will remember Marcos Ambrose getting out of his car, attempting to let his tyres down and do all he can to get back on track. The race was won in spectacular fashion by Cameron McConville, who passed Rick Kelly on the final corner in controversial circumstances.

James Moffat broke through for his and Nissan Motorsport’s first victory in the new gen era at Winton, ahead of teammate Michael Caruso in 2013. Moffat benefited from champ Jamie Whincup’s driveline failure, took the lead and held tight to cross the line ahead of his teammate.

It was a tough start for Holden Racing Team last year when James Courtney took out teammate Garth Tander and, in the chaos, stablemate Lee Holdsworth as well. It was the first of a few teammate tangles last year, and the feeling was pretty frosty in the garage post-race. Courtney was the only one of three to record a finish – 23rd.

But was it really his fault? Greg Murphy was fired up after being hit with a penalty for spinning an already out of control Craig Lowndes when fighting for a podium position. The Kiwi lit up on the radio and even Lowndes believed he was hard-done by to have been punished for the incident.

Vote for your favourite below and read more on the competition here.