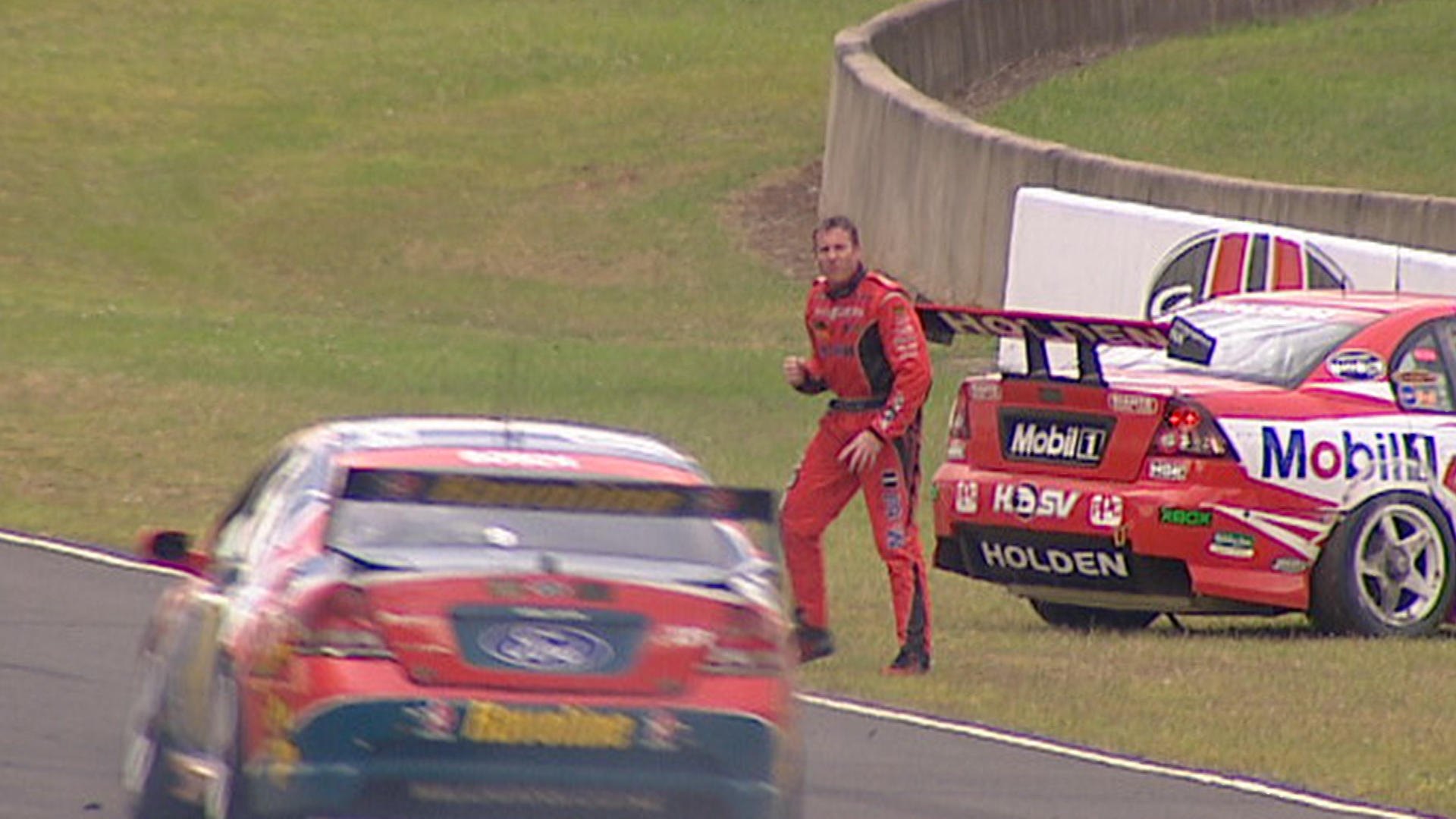 This weekend the Championship heads to Sydney Motorsport Park for the final SuperSprint event before the enduros.

Shriek at the Creek

Holden hero Mark Skaife and his Ford foe Russell Ingall clashed on track back in 2003, in possibly one of the biggest moments in Supercars history. SMSP held the grand finale that year and while Ingall’s teammate Marcos Ambrose collected the Championship, Skaife was in the running for second until the run-in with Ingall, which angered Skaife so much he jumped from his stranded car to wave his fist at ‘The Enforcer’ who swerved towards him. There were plenty of words afterwards and both were fined big money for their roles in the explosive Supercars incident.

Before jetting to the States to pursue a NASCAR career, Marcos Ambrose won his two Supercars Championships at Sydney Motorsport Park. In 2004 teammate Russell Ingall came home second in the points, an amazing achievement for Stone Brothers Racing. After Skaife’s domination from 2000 to 2002, Ambrose’s reign was a welcome relief for the Ford faithful.

Earning the most points over three races at SMSP in 2007 meant Mark Skaife beat Peter Brock’s record and earned the most round wins in Supercars history with 28. The victory came in a complicated season, with team ownership issues going on behind the scenes for Skaife. The HRT star won 42 rounds in his career, but since achieving the feat almost a decade ago has now been surpassed by both Craig Lowndes and Jamie Whincup.

Drifting in the wet

A little bit of rain couldn’t dampen the spirits of Sydney Motorsport Park’s front-runners in 2014, with Shane van Gisbergen, Chaz Mostert and Jamie Whincup drifting home in a spectacular finish to Saturday’s second race, which saw van Gisbergen back up his earlier victory in wet conditions he often drives so well in.