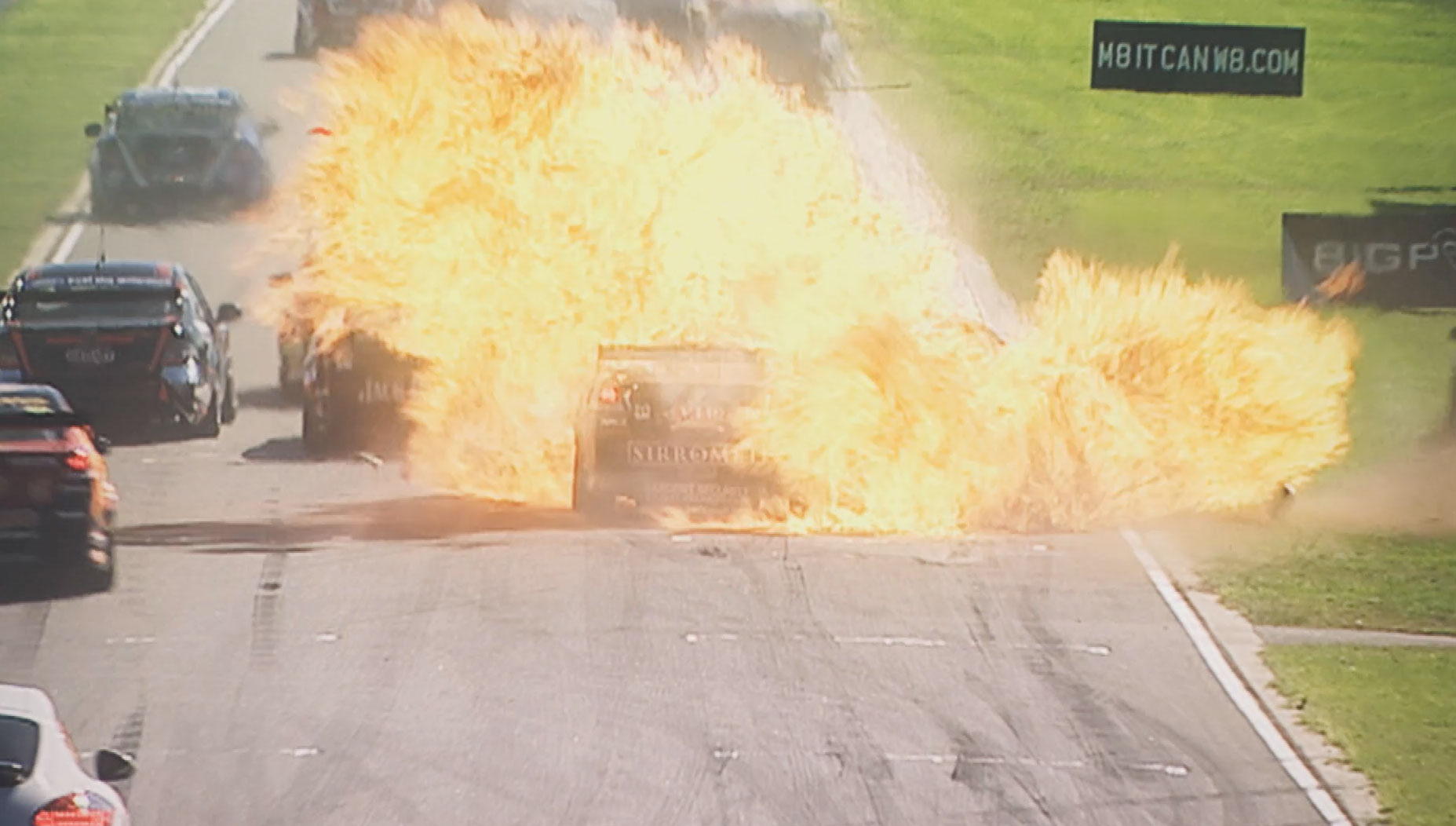 Real Insurance is offering fans the chance to win the ultimate V8 Supercars experience each event, by selecting the standout moment in years gone by.

The V8 Supercars head to the Perth SuperSprint this weekend, taking to Barbagallo for the 39th time in Australian touring car history.

Here are some of the best from past events.

It was chaos off the startline back in 2011 when local driver Karl Reindler’s Brad Jones Racing car exploded in flames after stalling on the grid and being rammed from behind by Steve Owen. Reindler suffered burns to his hands, but after being treated by Dr Fiona Wood was ready to race at the following round.

Mark Skaife and Marcos Ambrose’s turn one face off

It was Holden versus Ford on the grid in 2005, but both ended in the sand trap after Marcos Ambrose moved across on pole man Mark Skaife and made contact. Ambrose was docked 25 points by the stewards, but Skaife was livid, bogged before completing one lap of the race.

Hometown hero Garth Tander swept all three races and pole position at Barbagallo in 2007, on his way to his maiden championship victory. He sees the achievement on par with his Bathurst wins, and remains the only West Aussie to have won at the circuit in V8 Supercars.

Scott McLaughlin’s season began with a bang at the Clipsal 500 in his Volvo S60 – but the first Championship win didn’t come until later, during the fifth round in Perth. It was the first victory for the manufacturer since joining the sport in the Car of the Future era – McLaughlin showed he was a title contender that day.

The competition has now closed

28/04/2016
Stay In The Know
Sign up to the Virgin Australia Supercars Championship Newsletter
We use cookies to ensure that we give you the best experience on our website. If you continue to use this site we will assume that you are happy with it.Ok