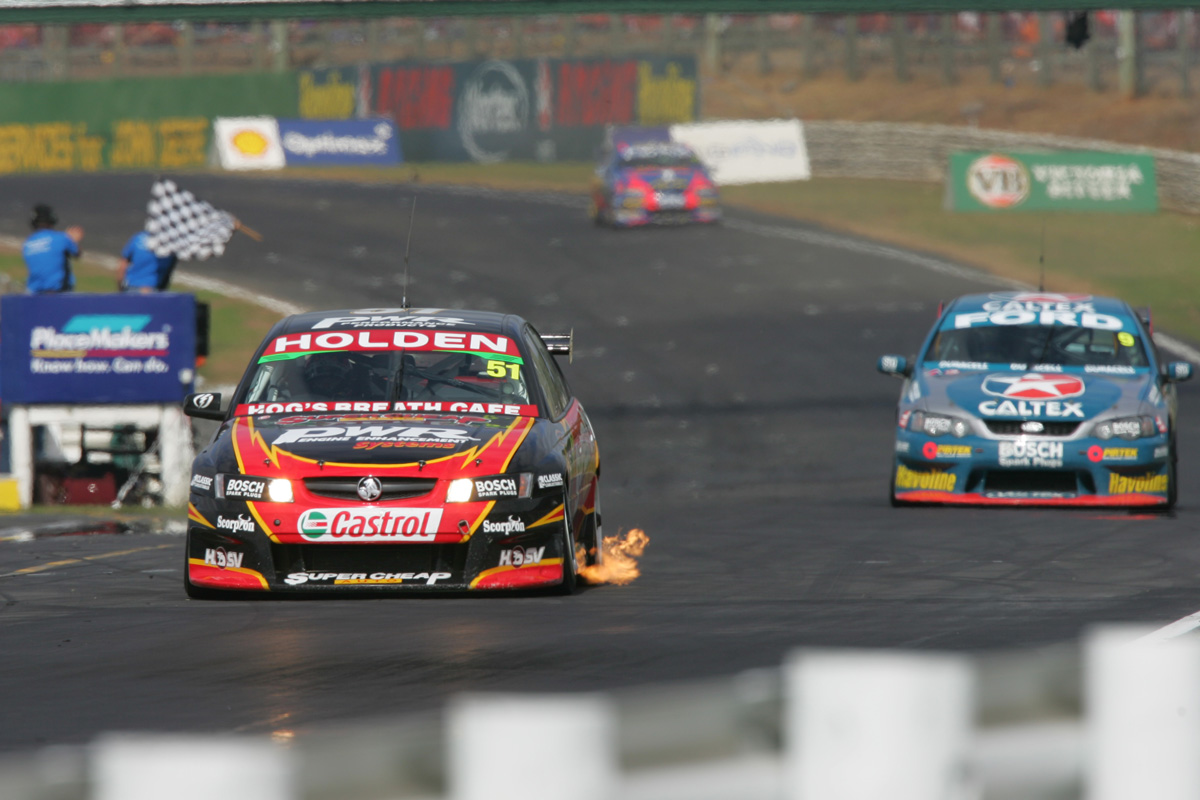 Real Insurance is offering fans the chance to win the ultimate Supercars experience each event, by selecting the standout racing moment in years gone by.

Here are some of the standout moments from recent years – vote for your favourite below and stay tuned from Friday for all the news from the ITM Auckland SuperSprint.

Racing a Garry Rogers Motorsport Commodore in 2013, the young gun held off veteran Jason Bright to win by 0.8 seconds in a race that saw a number of front-runners blow out of contention. He nabbed the record of youngest Supercars race winner from Todd Kelly.

One of the highlights of Bright’s career was holding up this trophy in honour of his old teammate and friend. The Jason Richards Memorial Trophy began in 2013 for the highest point-scorer at Pukekohe and Bright fought the odds to take the award to the team that ran Richards, in the #8 Team BOC Commodore. Richards passed away in 2011 with a rare form of cancer.

Greg Murphy’s last Supercars round win came at home in 2005, when he dominated the three races to win in the dark on Sunday night in his Supercheap Auto Commodore. Not only did he stitch up the round, was unstoppable that weekend, setting fastest laps in each race and a new lap record. Sunday’s was his ninth win at the venue in a Supercar.

A touch from Brad Jones send Paul Morris flying back in 2007. The Sirromet car made heavy contct with the barrier and flipped leaving both cars stranded on the circuit. Morris was able to free himself and climb out of the car, greeted by applause from the crowd.