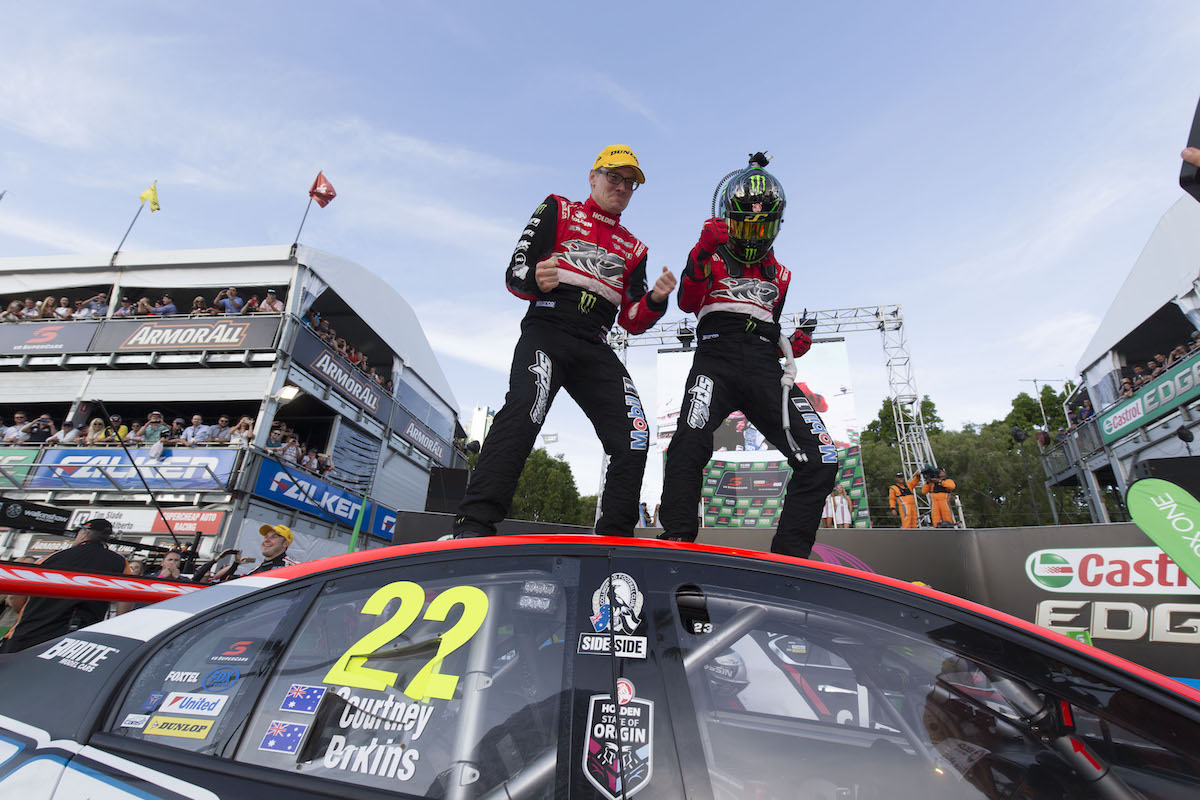 Real Insurance is offering fans the chance to win the ultimate Supercars experience each event, by selecting the standout Gold Coast moment in years gone by.

This week the Virgin Australia Supercars Championship heads to the streets of Surfers – paradise for some, a nightmare for others in the concrete canyon.

Emerging talent versus the champ

Long before they were teammates, Shane van Gisbergen and Jamie Whincup had one of the most electric battles the streets of Surfers had seen as the young Kiwi challenged the #1 in an epic Ford versus Holden battle. Back in 2010 van Gisbergen was looking for his first Supercars race win, but Whincup denied him in a nail-biting finish.

Returning from a broken rib and punctured lung, the aggressive kerbs couldn’t stop 2010 champion James Courtney from taking the chequered flag on Sunday last year. Giving Jack Perkins his first Supercars win after the second-gen racer stepped up to cover injured Courtney at the previous round, an impressive drive and the correct call on strategy helped HRT return to the winners circle.

Last year he proved that the most exciting part of a Shane van Gisbergen victory may not be the race itself, but the celebration! The TEKNO driver’s burnout post-race had amazing response from fans after he crossed the line ahead of David Reynolds/Dean Canto in Saturday’s 300km race, teamed with Jonathon Webb.

The Dude vs Devil Racer

One of 2015’s best interviews, Bathurst winner Paul Morris wouldn’t let returning champ Marcos Ambrose off lightly in the garage. “You’re not coming back, so tell us what you think,” Morris nudged when Ambrose expressed his disappointment after the car he shared with Scott Pye had to double stack in pit lane. “Get away Paul you’re going to ruin my day here,” Ambrose responded later.