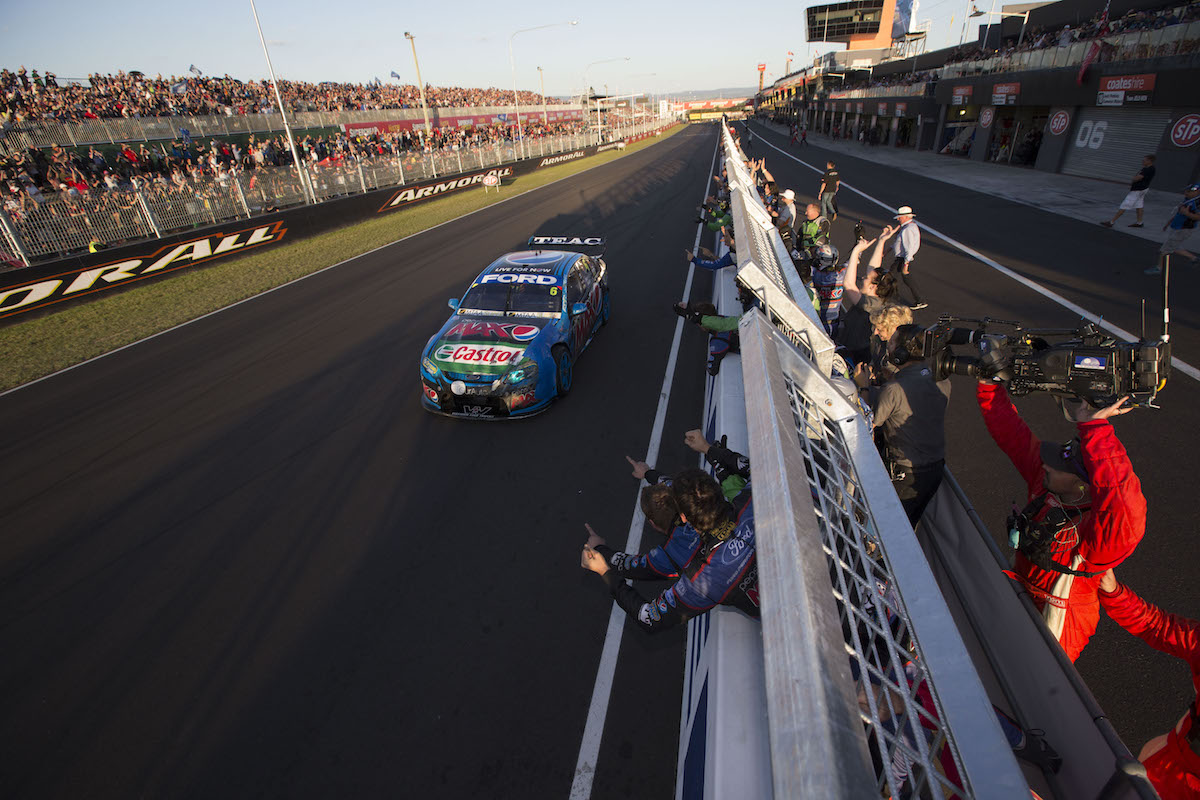 Real Insurance is offering fans the chance to win the ultimate Supercars experience each event, by selecting the standout Bathurst moment in years gone by.

This week the Virgin Australia Supercars Championship heads to Mount Panorama for the larger than life 1000km enduro.

Down to the last lap

The result came down to the last lap – and the last drop ­– as young driver Chaz Mostert chased down one of the greats, Jamie Whincup. Whincup had received a call to conserve fuel but failed to respond to his team until the last minute. Mostert stole the lead at Forrest’s Elbow as Whincup had to push it make it across the line for fifth. Some say the race was history’s best – Paul Morris also became a Bathurst champion.

2006 was a fairytale for Craig Lowndes and Jamie Whincup in a year dedicated to Peter Brock after he passed away a month prior. Lowndes started the race despite being clearly emotional on the grid – and finished in spectacular fashion ahead of the Kelly brothers. A late Safety Car bunched up the field but Lowndes held steady to take the chequered flag in what he calls his best ever win.

Lap of the Gods

It was the fastest lap around Mount Panorama for 11 years – Greg Murphy’s Top 10 Shootout lap in 2003 was a moment to remember. The pit lane acknowledged the special 2min06.8594 lap by applauding at the pit wall, and afterward Murph admitted he’d missed a gear and could have gone even faster!

Approaching the Chase at almost 300km/h as the rain started to come was a recipe for disaster for Mark Winterbottom. Leading Bathurst in 2007, Winterbottom speared off at the fastest part of the circuit, narrowly missing Craig Lowndes’ car as it flew back across the track.