Prodrive racers Mark Winterbottom and Chris Pither had a different view of Townsville today in preparation for this weekend’s Supercars racing in northern Queensland.

The current champ and his 2016 stablemate had the chance to abseil Townsville landmark Castle Hill and hang a banner pointing to the Castrol EDGE Townsville 400, kicking off on Friday.

‘Frosty’ was bold in tackling the heritage-listed mountain, but Pither showed race drivers do feel fear. 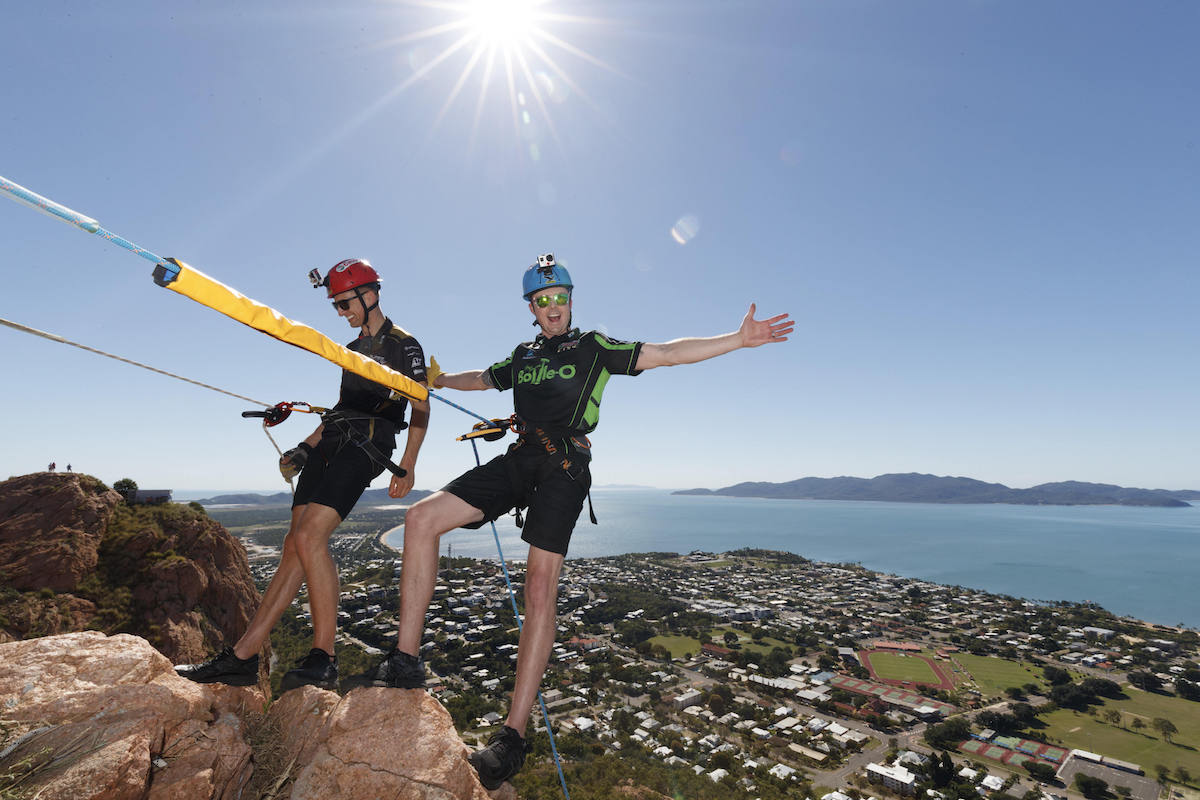 “It was good to hang over the edge and trust that those bolts go in that rock have the right amount of tension – that was the first thing, going over the edge,” Winterbottom said.

“It was really nice to go down with Chris, take in the view and do something completely different. I’m sure not many people can say they’ve abseiled off Castle Hill … this is a cool way to start the event.” 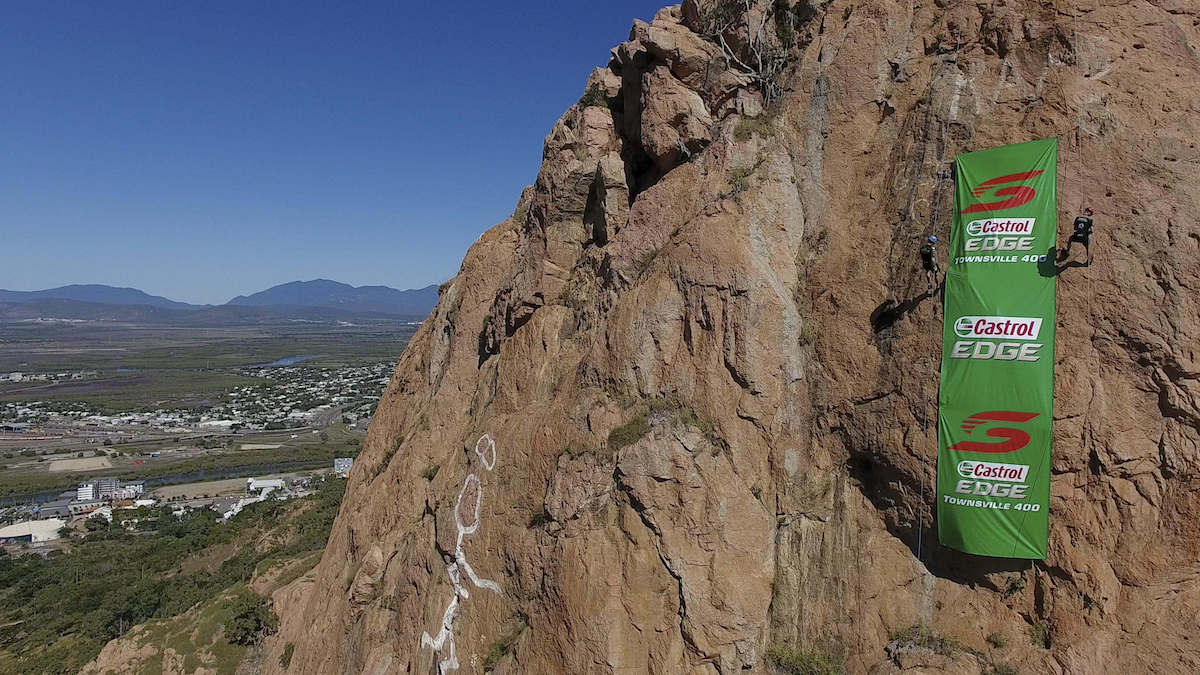 Winterbottom won both races last year at the street circuit – but it’s not just the racing he loves up in northern Queensland.

“I love Townsville, I bring the family up,” he said.

“I think it’s one of the hidden gems of the country.”

While Frosty enjoyed the experience, Pither was more tentative.

The Ice Break racer lines up for his first Virgin Australia Supercars Championship race in Townsville, after having tackled the circuit in the Dunlop Series.

“I’ve got to be honest, my heart is still racing!” he said after the abseil.

“I was sweating bullets, I was halfway down the hill there and everything that could possibly go wrong was going through my head! When my feet hit the bottom it was a bit of a relief.”

The Castrol EDGE Townsville 400 kicks off on Friday. 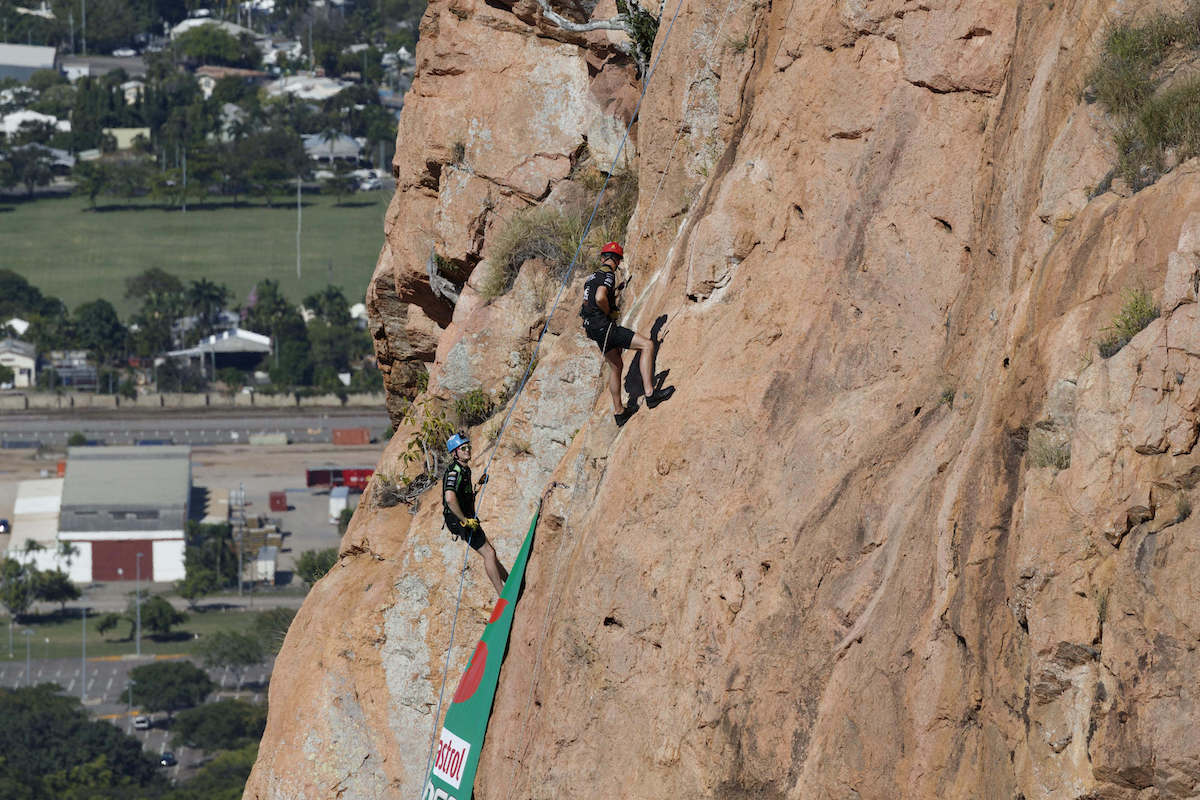