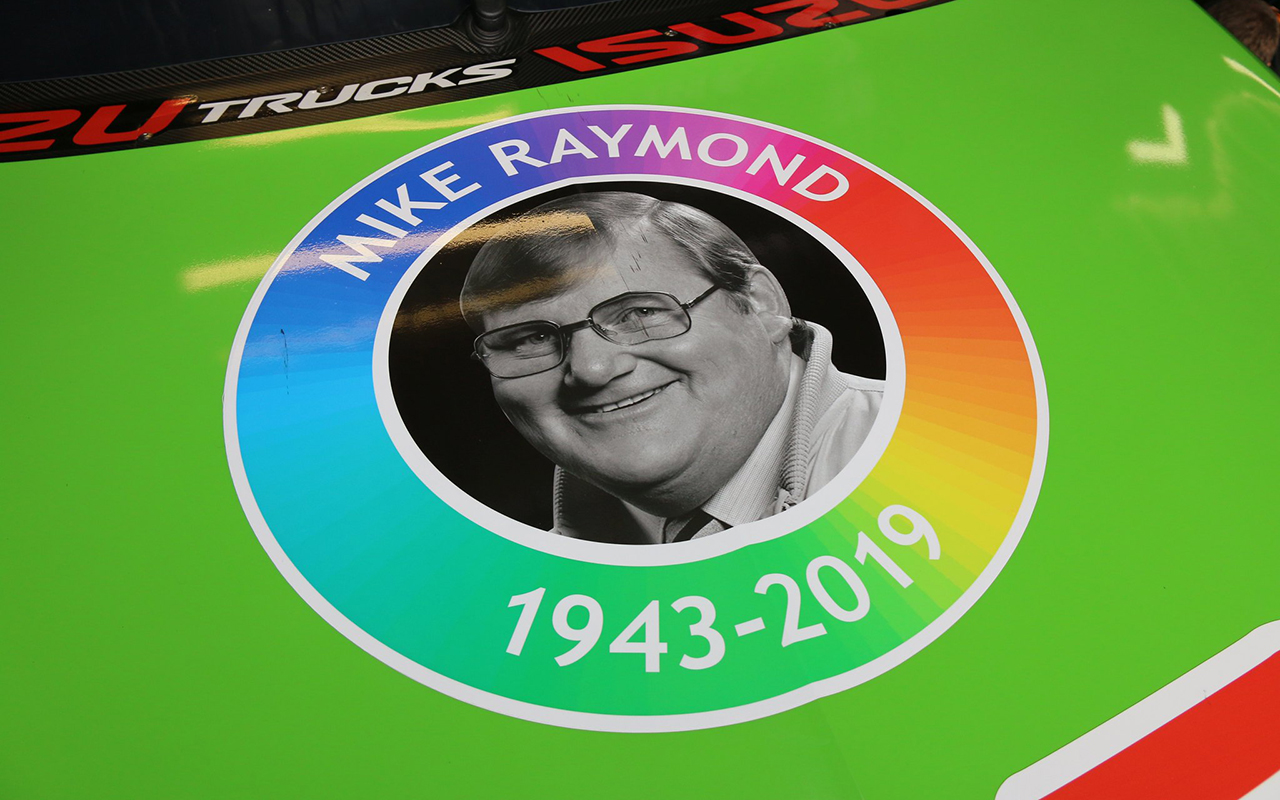 Tekno Autosports has added a Mike Raymond tribute to the bonnet of their ZB Commodore in honour of the legendary commentator.

The Supercars paddock learnt of Raymond’s passing on Friday following a battle with pneumonia, aged 76.

Raymond had been the voice of Australian touring car racing for two decades prior to his retirement in 1995, commentating for Network Seven.

Tekno is this weekend running a retro livery paying tribute to Bob Morris' 1979 Torana, which carried large Seven logos during its day.

The team had recreated the Seven logo on the bonnet using the car number #19 in the centre, which has now been replaced by an image of Raymond.

Other teams have placed smaller versions of the Raymond sticker onto their cars for the Penrite Oil Sandown 500 weekend. 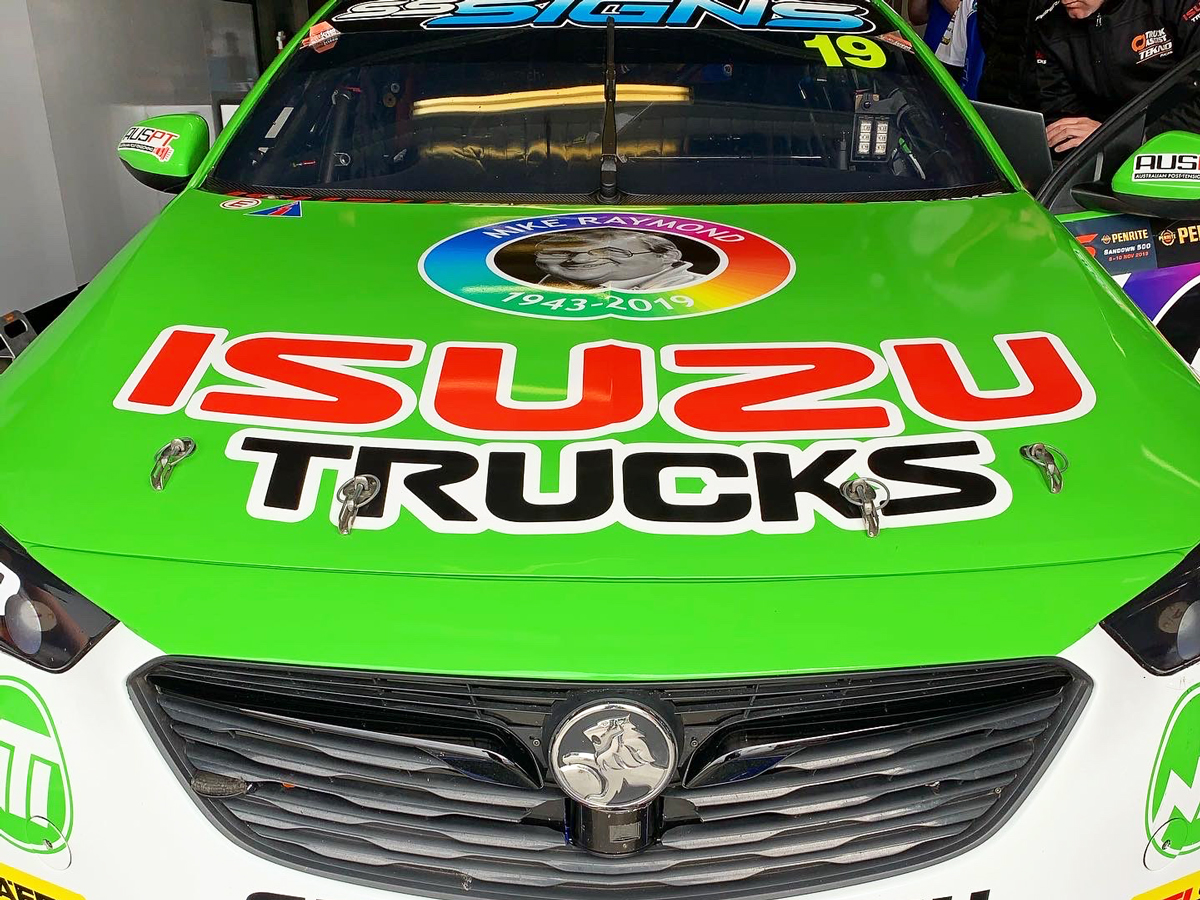 “Mike was one of those guys who has been around the sport for so long and played such a big role in the progression of the sport through the ‘70s, ‘80s and early ‘90s.

“It was a sad day with the passing of Mike but it’s great that we can do something to showcase what he has done for the sport.”

Having taken on qualifying duties at the previous Gold Coast round, Webb confirmed that role will return to Le Brocq today.

“Jack will do his bit,” Webb said.

“I enjoy that joint (Surfers Paradise), I wanted to have a go.

“I hadn’t qualified in however many years so I’ll go back to the usual routine this weekend.”