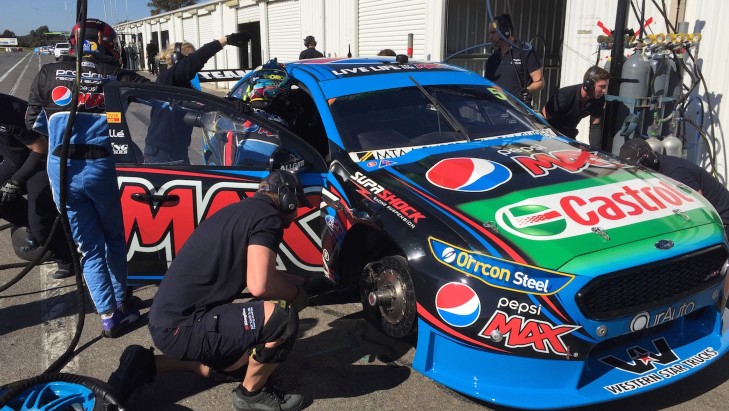 Melbourne teams have hailed today's testing at Winton Motor Raceway 'productive' having had the opportunity for extensive running in clear weather.

Prodrive Racing Australia, Brad Jones Racing, Nissan Motorsport and Wilson Security GRM used the one independent test day allocated to prepare for the enduros, and all came out of the day raring to kick off the crucial part of the season, which begin at next week's Wilson Security Sandown 500.

The day was an opportunity for teams to help their co-drivers settle into the cars, as well as go through pitstop practice, driver changes and make setup changes that may be too risky or time consuming to try at the track during Friday practice.

Championship leader Mark Winterbottom was pleased with Prodrive's progress and believes he's in a position to feature at Sandown this year with co-driver Steve Owen, and bounce back from a difficult last round at Sydney Motorsport Park.

"It was good, we had a good day just did all the things we needed to do and wanted to try," Winterbottom told v8supercars.com.au.

"Pretty productive - we did a lot of test starts, a lot of driver change practice, Steve was comfortable in the car, so you run all the things that get ready for theenduros and now we feel like we're ready to race ... we seem to have come away with everything we wanted to achieve."

While Prodrive admittedly had an extensive list for the one test day, running four cars made it easier to work through the program.

"We'll go to Sandown with what we think will work best there," Winterbottom said.

"We know our base setup [for when we roll out] but it's not like you throw heaps of bits at it, it's more about understanding what you've got."

While the new FG X has proven a weapon for 'Frosty' he has had to alter his driving style somewhat to get the best out of the car. Today helped him feel more comfortable as well.

"Today was good to sharpen up the technique ... do things you need to improve on, whether it's car or driver.

"This [test] was the one chance to do it without the fear of a result going begging, so it was good to tune up a bit." 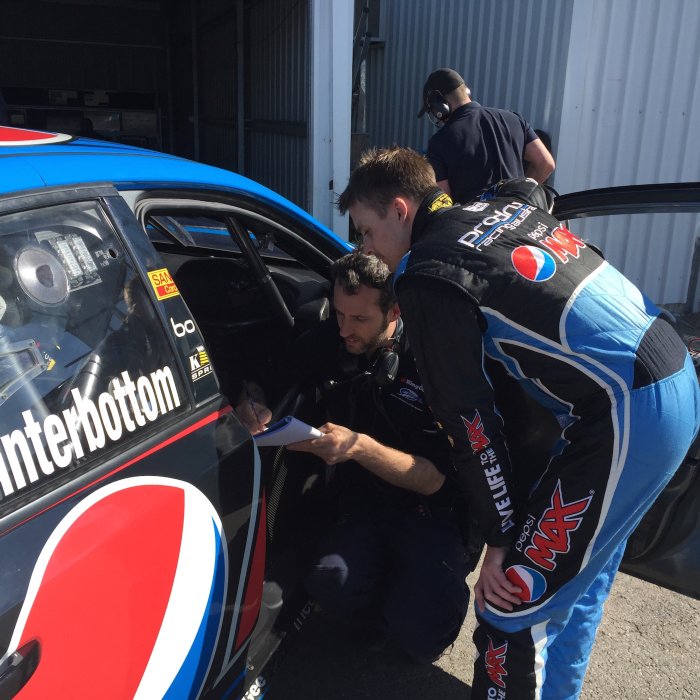 BJR co-driver Luke Youlden had the chance to complete what he estimated to be 50 laps in Fabian Coulthard's Freightliner racer and is another driver keen to make an improvement on last year's Sandown results.

"I thought it was quite productive, which is not always the case at Winton - you can go round and round and make changes and nothing is really making a difference - but today I feel like everything we changed may have a direction, be it positive or negative. So that's always encouraging," he told v8supercars.com.au.

"They actually made quite big changes which took time to implement - not a heap of changes, but the ones we made were quite big.

"Often on a Friday you're just massaging - you can't stop for an hour to make a change, and that's what a test day is for.

"I think the boys did a pretty good job with that and everyone leaves reasonably happy."

Youlden is confident about hitting the track and hungry to deliver BJR's first enduro win with Coulthard.

"Interesting that Sandown has been a bit of a bogey track for BJR for some reason - so I think this year is the year it needs to stop, we need to win there!" he said.

"I think last year we struggled with straight line handling, but that all got fixed between Sandown and Bathurst and we've got pretty strong engines now and I'm looking forward to getting back there... With two long straights you need a good engine there but I think that was something that held us back last year there.

"Hopefully we can turn that around this year - they [BJR] deserve a win at Sandown, that's for sure." 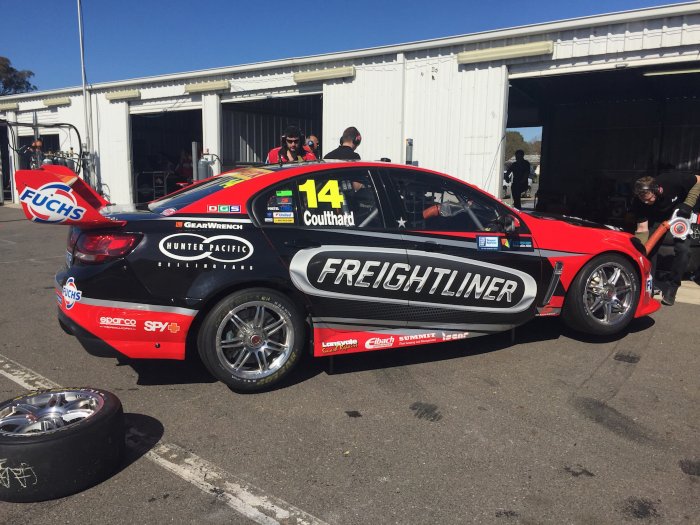 Two of the international co-drivers also had the chance to suit up, with French favourite Alex Premat back in Australia to race with Scott McLaughlin, and Brit Alex Buncombe to pair once again with Todd Kelly.

Premat was able to steer 70 laps at Winton and said the V8 Supercar felt exactly as it did last October when he and McLaughlin featured on the podium at the Gold Coast.

"It went pretty well," Premat told v8supercars.com.au of the test.

"It is like I never left V8 Supercars because I jumped in the car and bam, with the lap times, which was pretty good.

"The car is awesome to drive, and the team - I know everyone ... it's pretty nice when you come back after 10 months and noone's changed.

"It was super fast, I was as quick as Scotty, so I'm pretty happy with that! I'm looking forward to Sandown and to be racing ... it feels like I never left the car."

Despite some recent reliability issues Premat confirmed the car ran without fault throughout the course of the test.

In the Nissan Altima, Buncombe was pleased to get some seat time, and hopeful of improving his performance at Sandown, which in the co-driver only race saw him start and finish in 10th on the grid. He admitted he had even surprised himself with that performance.

"It's been 12 months since I've been out in a V8 Supercar and it's so, so different to what I'm used to," Buncombe said.

"We've got no driver aids at all inside the car, so you've really got to be patient with the car and you can't over-drive the car at this circuit here at Winton. 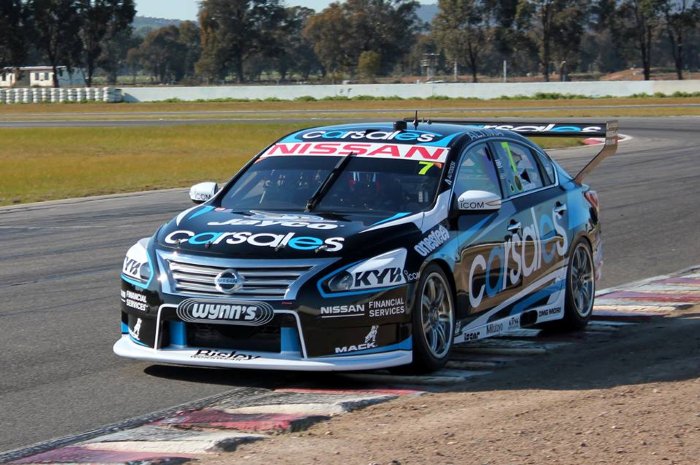 The wild card entry of Russell brothers Aaren and Drew was also on track at Winton today.