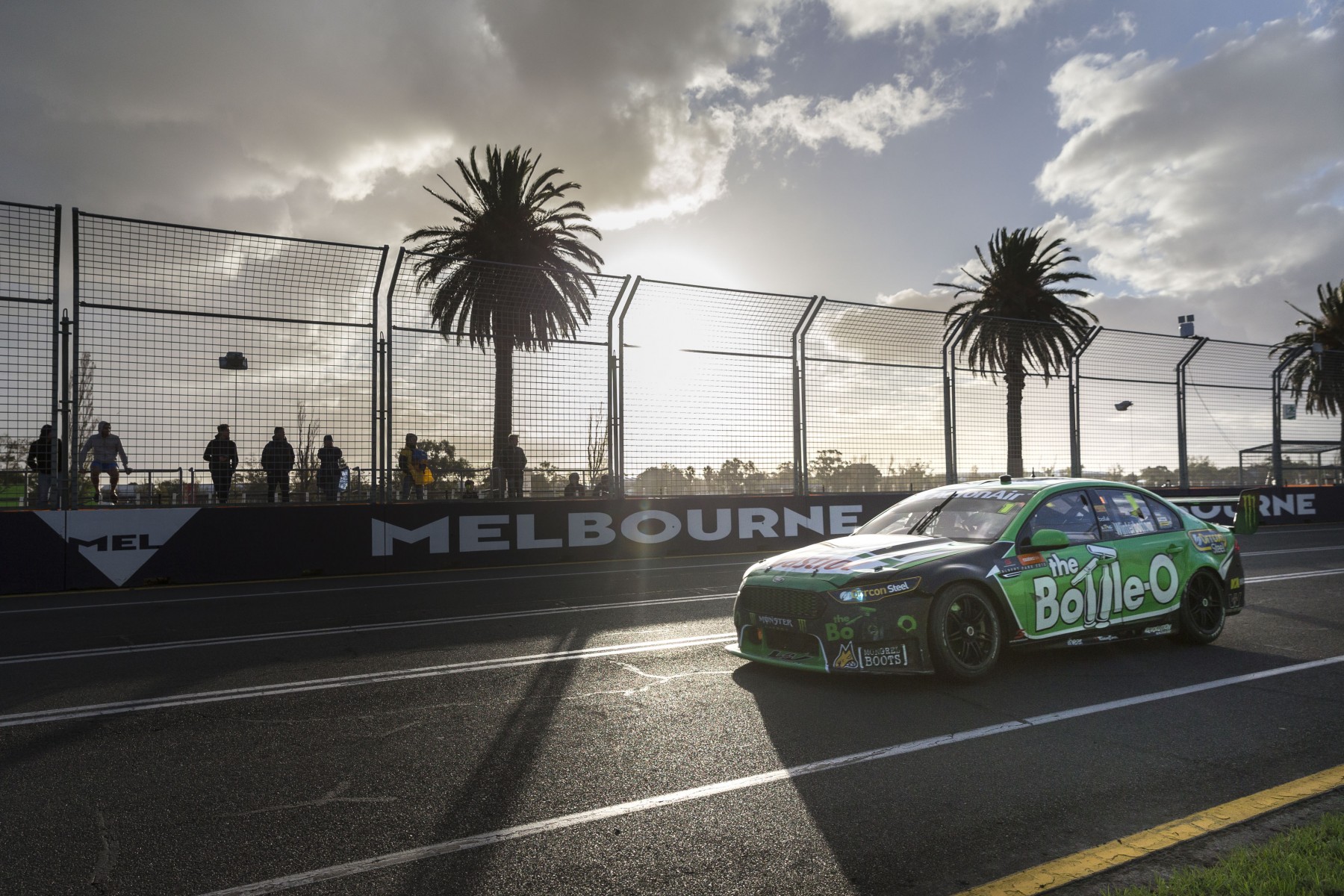 The Coates Hire Supercars Challenge at Albert Park will have a distinctly different feel this year thanks to a revised qualifying system.

Teams and drivers will have a single practice session on Thursday before hitting the track for four 10 minute sessions, separated by just five minutes each.

The best lap in each session will determine the grid for the corresponding 13 lap race, moving away from the progressive grid format used in previous years.

Each car has been allocated four sets of the new super soft tyre for the weekend, ensuring drivers will effectively have just one lap on which to set their time for each race.

The tyre sets will be marked white (for use in race one), yellow (race two), pink (race three) and blue (race four), with any combination permitted for use during the qualifying sessions.

Seven-time race winner at Albert Park Mark Winterbottom says that dropping the progressive grid format is a big change for the event.

“Normally at the Grand Prix, the biggest let-down was starting where you finished.

“If you had a DNF in race one, you may as well not turn up for the rest of the weekend.

“Now with four qualifying sessions and four races, even if you have a bad race you can look forward to the next one.”

Winterbottom expects mixed grids throughout the weekend as the four high-pressure qualifying bursts will test drivers.

“I think this format will show different people out of sequence,” he added.

“If you’ve got a reasonable car normally you get a couple of cracks on the tyres to get in the position you should be, this one will put people out of sync which will be good for racing.

“But it’s going to be difficult to nail every qualifying session.

“It’s like four Top 10 Shootouts because you only get one lap in each session. It’s a lottery.”

The 2015 event winner added managing the tyres during the session will be paramount, with the length of the F1 track set to impact on tyre degradation.

“The tyres come up quickly because the lap is so long,” he concluded.

“It’s about making sure the tyre doesn’t drop off before you start the lap because it’s so long.

“It’s a long lap and if you get one corner wrong with a flat spot or whatever, it can really impact your qualifying finish massively.”