Randle looks to ‘muscle memory’ during test after hiatus

Thomas Randle has paid tribute to Tickford Racing after the Ford team helped him complete a test day at Winton.

Randle took to the wheel of his Castrol-backed wildcard Ford Mustang at Winton on Tuesday.

The 2020 Super2 champion has already completed two wildcard appearances in 2021 in Tailem Bend and Darwin.

Randle and Kurt Kostecki were unable to complete their third wildcard appearances after the Perth and Phillip Island rounds were cancelled due to the effects of the COVID-19 pandemic.

The door remains ajar for both drivers to feature at Sydney Motorsport Park, which will host four rounds from October 29.

For Randle, who will compete at the Repco Bathurst 1000 and in 2022 full-time for Tickford, the Winton running was a special day.

“It’s funny; after you haven’t done it for a while, it’s all you want to do,” he told Supercars.com. 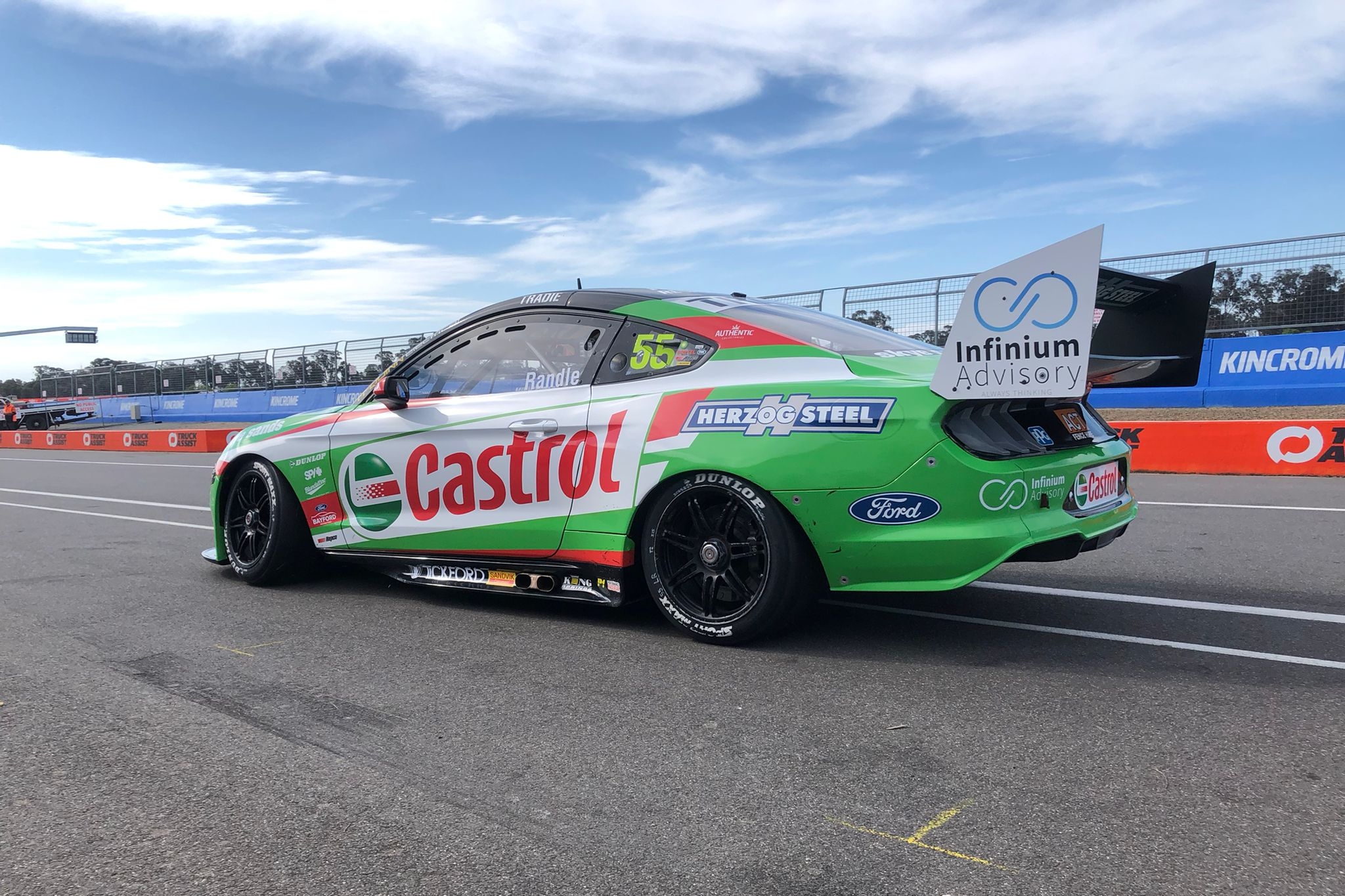 “Even to smell the fumes of cars again… it was a cracking day.

“Just seeing race cars again and driving one… you definitely take it for granted.

“Darwin was a long time ago, over three months.

“But you pick it up pretty quickly, it’s all muscle memory.”

It had been more than three months since Randle’s last race outing, at the Merlin Darwin Triple Crown in June.

There, he picked up a top 10 result and also pulled off one of the overtakes of the weekend on Anton De Pasquale.

Since then, Randle hasn’t raced a car in anger - and his Melbourne-based team has been working through the city’s latest lockdowns.

Returning to the track was not only a win for Randle, but his hard-working team.

It comes after Cameron Waters - who was also present at Winton, completing 10 installation laps - won the most recent race in Townsville.

“The guys and girls at Tickford have done an amazing job,” Randle said.

“To keep up the motivation in such a challenging time, not just on my car but on the three main game cars, is amazing.

“It’s credit to them for all the work they’ve done in this period.

“Everyone enjoyed the day at Winton, it was so nice to be back at a race track.”

Aitken raced a Tickford entry in the All Stars race at Watkins Glen following a discussion with friend Randle.

It was a particularly strong effort by Aitken, who suffered injuries in a Spa 24-hour accident last month.

“Thankfully he was okay after that crash; I reached out to him and asked if he was up to driving a sim,” Randle said of Aitken.

“We chat often anyway… he loves Supercars, he’s always asking about it.

“It reminded me of when I was living in Europe, everyone over there loved it. They rate our championship as one of the most competitive in the world.

“They envy what we have, so I said to Jack, ‘Mate, here’s your chance’.

“I’m glad he was so keen to mix it with our guys, even if it’s virtual."