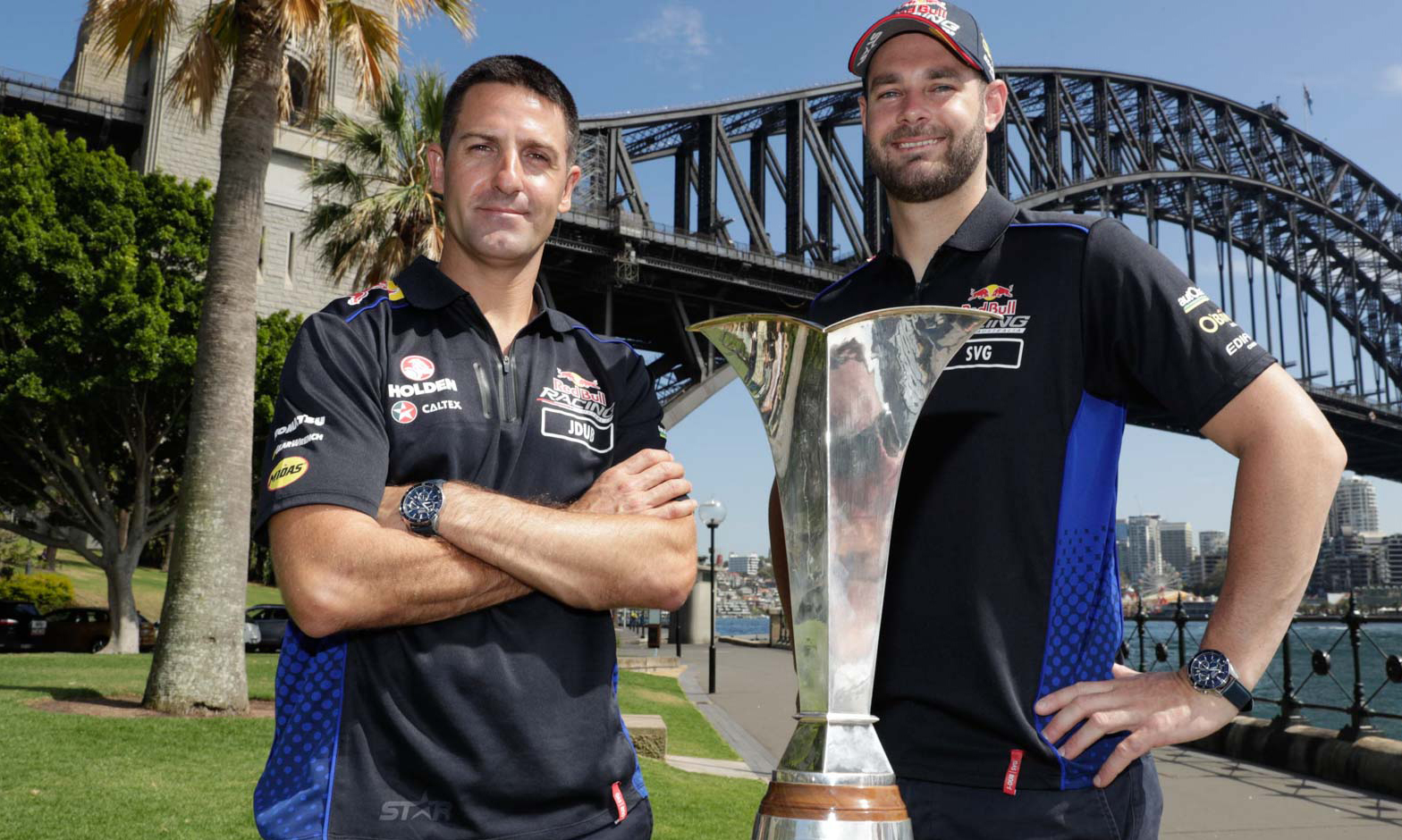 The battle between teammates Shane van Gisbergen and Jamie Whincup is set to sizzle on the Sydney streets this weekend, with scorching temperatures to further push the red-hot battle at the Coates Hire Sydney 500.

Van Gisbergen is the naturally gifted quick Kiwi chasing his first crown after years as a youngster in the Virgin Australia Supercars Championship, while Whincup is the sport’s most successful racer with a whopping six titles to his name – more than any other in history.

They are separated by 191 points with 300 on offer and between them have won the last eight races at the Sydney Olympic Park circuit.

Triple Eight teammate Craig Lowndes – who is hoping to hold onto third and make the first ever 1-2-3 championship finish – says it’ll be a “pressure cooker” on Saturday, with the Red Bull boys facing their final media spot before pulling on the helmets tomorrow. 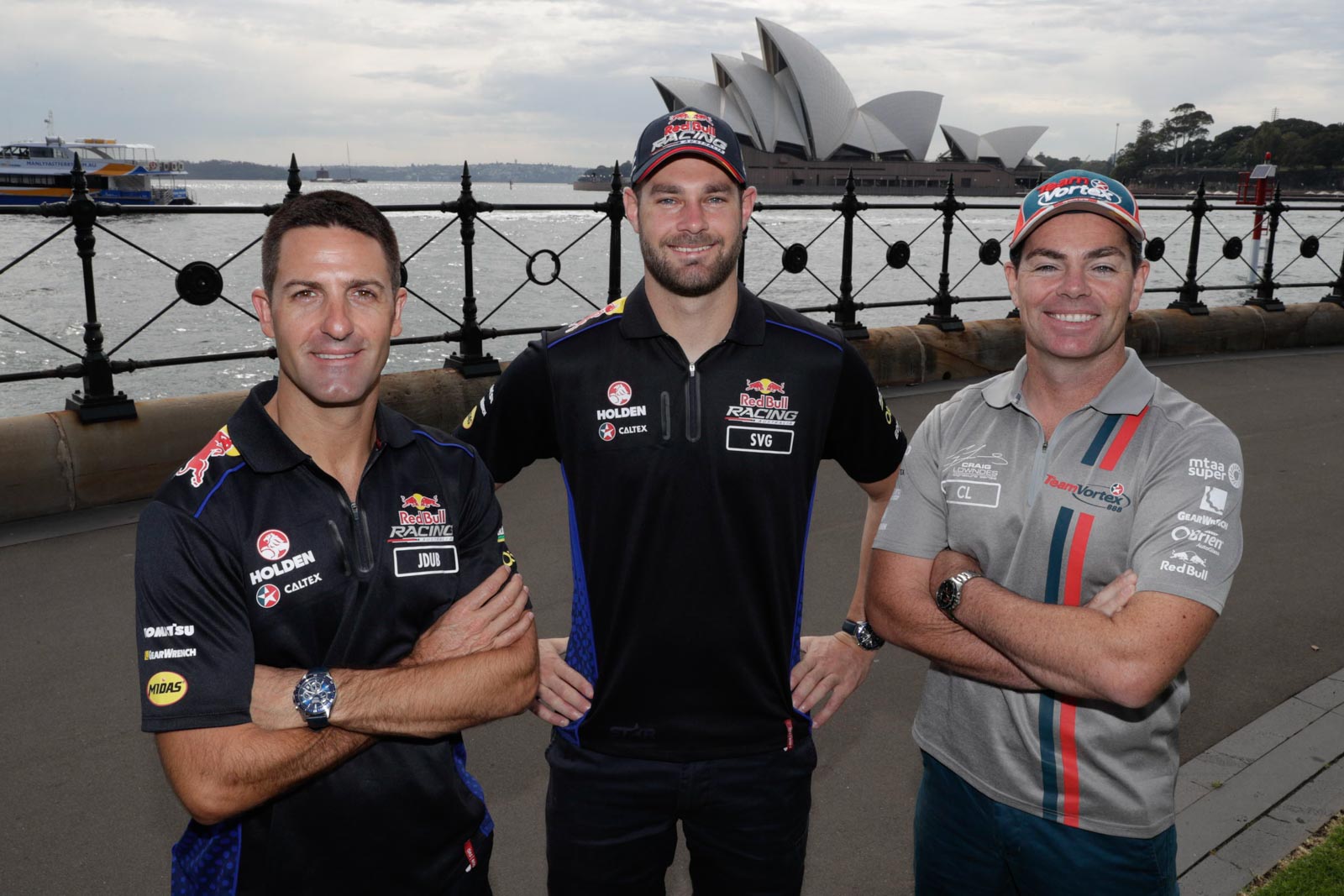 “My mindset is to never give up and absolutely go out there and go as hard as you can to the last lap of the last race.

“I’ll just focus on my job, there’s nothing I can do about anyone else, I’ve just got to put in my best performance this weekend and give myself the best opportunity to grab what is a tall ask – 190 points – with only 300 up for grabs.

The unlikely has happened to Whincup before, but back in 2011 he was the one who suffered on Saturday and let Lowndes edge way into contention by winning the race. He took the title that year – and for the next three seasons before losing the #1 to Mark Winterbottom last year.

“Absolutely it can happen – we’re certainly not giving up,” Whincup said.

“But as I say it’s a tall ask, against a teammate who has exactly the same equipment who also is extremely fast.”

Last year’s Sunday race was a preview of how hard the pair would battle in the same equipment – van Gisbergen is looking forward to reliving that.

“Last year he got me on Saturday and he got me back on Sunday. We’ve always had good racing here, we’re normally the fastest guys here so just looking forward to getting out there and having a battle.”

With a switch from the hard tyre to the soft this year, there’s a new challenge for them to overcome.

“It’s a crazy track, you’ve got to be good under brakes and good over the kerbs mainly – for us we’ll spend tomorrow tuning it up and trying to get it suited to the track,” van Gisbergen said.

“It has been a bit too long (between races) but I definitely kept myself busy, at the workshop a lot and back in New Zealand going home and chilling out.

A lot has been made of the rivalry between he and Whincup, particularly given van Gisbergen spent the last two years in a single car team.

“We work together well and for me bouncing ideas off Craig and Jamie has been awesome this year. We’ve learned a lot and really moved forward as a team, so it’s been cool to experience all that kind of thing. As a reward we’re 1-2-3 in the championship.

“It’s a good problem to have to be battling each other.”

Tickets are still available for the Coates Hire Sydney 500, which kicks off tomorrow with practice.