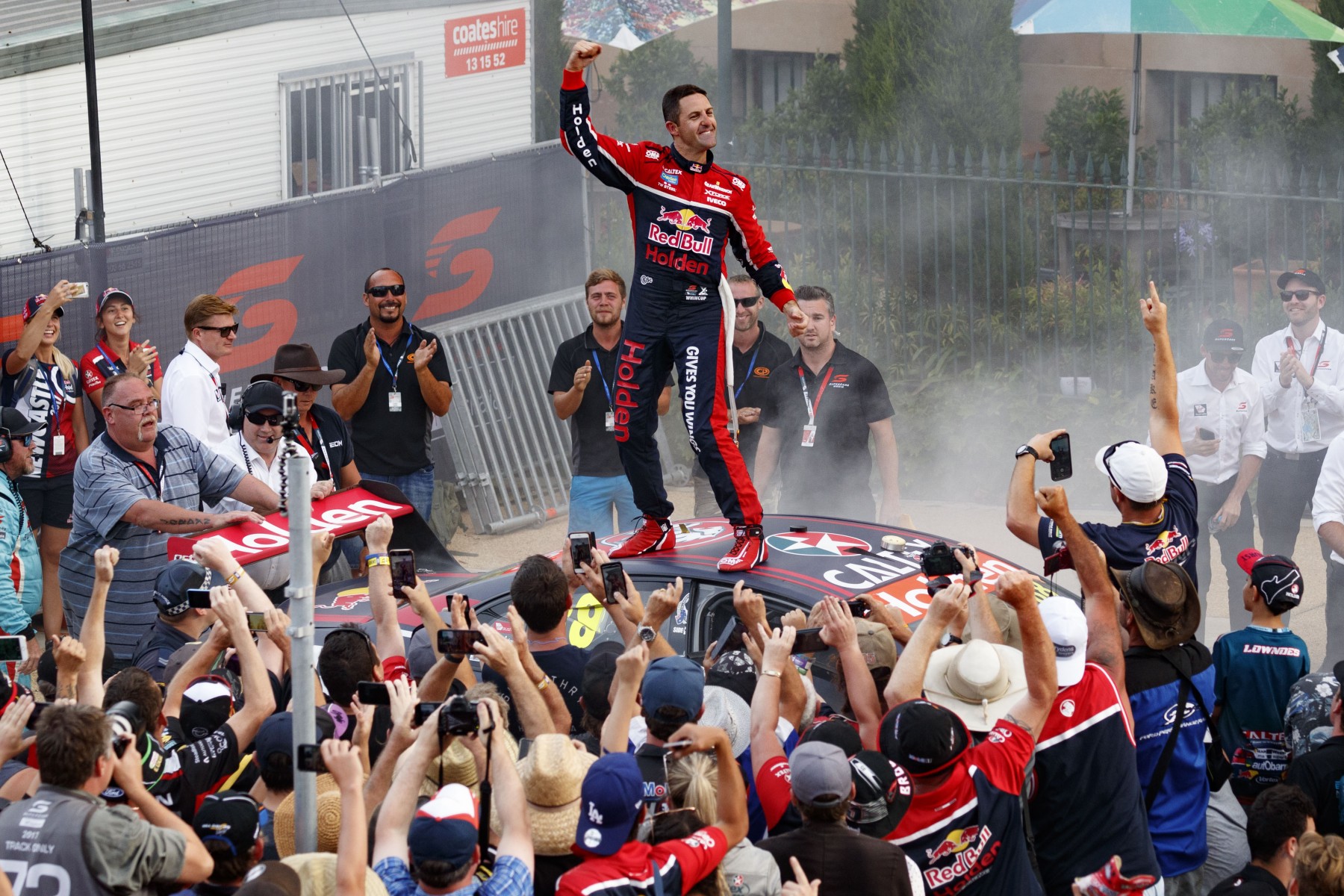 Jamie Whincup says his team screaming on the radio after he took the chequered flag in the season finale was the first indication he'd snatched a seventh Supercars title.

Having started the day 78 points behind Scott McLaughlin, Whincup did what he had to do – win the race and hope McLaughlin struck trouble.

McLaughlin was handed three penalties during a fraught race, the last on the very final lap, which dropped him out of the 11th place he needed to hold onto the crown.

While McLaughlin moved up and down the order as he battled between setbacks, Whincup concentrated on his own race with little knowledge of his rival’s plight.

“[Engineer David] Cauchi told me about lap 15 that that car [McLaughlin] had a drive-through [for pitlane speeding] and he was sort of in trouble,” explained Whincup.

“So he basically said that, ‘we’re actually a chance here,’ and that was the end of the communication.

“[There was] no other communication after lap 15, we just focused on our job.

“I knew there wasn’t going to be any pressure from Shane [van Gisbergen, team-mate] so we were just managing the gap to David [Reynolds in third place], maximising today, and the rest took care of itself.”

McLaughlin climbed back to the 11th place he needed by the start of the penultimate lap, only to tangle with the third Triple Eight entry of Craig Lowndes.

While McLaughlin held onto the place, stewards quickly levelled a 25-second time penalty for the Lowndes contact, which handed the title to Whincup.

“I’d crossed the line and I thought I was second and I asked the guys and girls, ‘what’s going on? Fill me in’,” said Whincup.

“Then I just heard screaming down the radio so I thought, ‘this is looking good, this is a good sign’.

“And then Dutto [team manager Mark Dutton] came on and said, ‘Yeah mate, you got it.’ Unbelievable.” 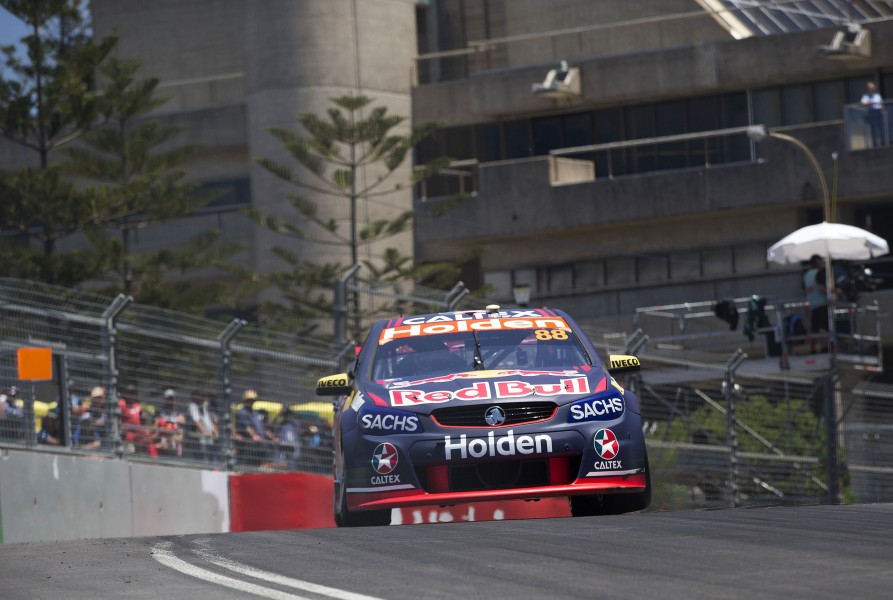 Whincup felt today’s good fortune balanced out what he experienced yesterday, as a rub with Michael Caruso on the opening lap punctured a tyre, sending him into the wall and breaking his front suspension.

With McLaughlin winning on Saturday, a 30-point lead for Whincup turned into a 78-point deficit that the six-time champion himself thought may prove too much to overcome.

“I thought we were pretty hard done by yesterday with just a little bit of contact to blow a tyre out, I thought we didn’t deserve that but clearly someone’s looking down on us today and it all got turned around,” he said.

“In any sport, you never say die, it’s not over ‘til the fat lady sings, as they say, so we knew we had a chance and we knew your gut feel says it’s a longshot.

“I was pretty gutted last night thinking, ‘How unlucky? What did we do to deserve yesterday’s tyre split and run P20?’

“But clearly that got turned around today, and massive commiserations for the whole crew at car 17.

“They put up an unbelievable battle this year, they were very quick, and in some way I wish there could be two winners.

“I honestly feel bad for them but no doubt that Scotty will learn from today and probably come back and win five or six himself.”