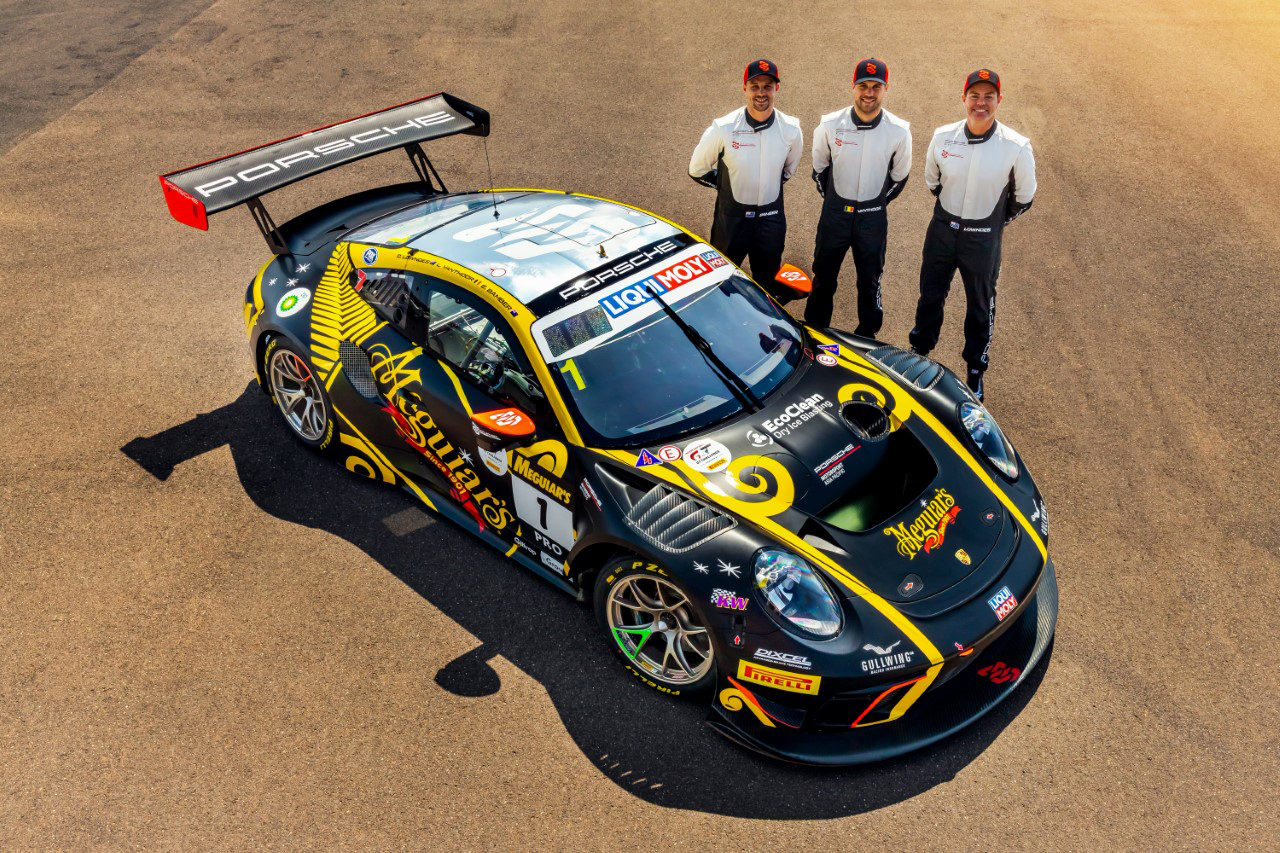 Craig Lowndes admits it’s a ‘weird’ feeling to be racing against Triple Eight at the Liqui-Moly Bathurst 12 Hour, as he aims to build a new relationship with Porsche.

Lowndes and Triple Eight recently marked 15 years together, having continued as a co-driver with the squad following the end of his full-time Supercars career in 2018.

The veteran has also been part of Triple Eight’s various 12 Hour forays in recent years, racing a succession of Ferrari, McLaren and Mercedes GT3 equipment.

This year however Triple Eight has slotted Mercedes factory driver Maximilian Götz into its Pro Class entry, leaving no space for Lowndes.

Landing very much on his feet, Lowndes picked up a drive in the factory-backed Earl Bamber Motorsport Porsche team that won the race last year.

He is driving alongside two-time Le Mans winning Kiwi Bamber, who raced for Triple Eight in the 2018 PIRTEK Enduro Cup, and Belgian GT ace Laurens Vanthoor. 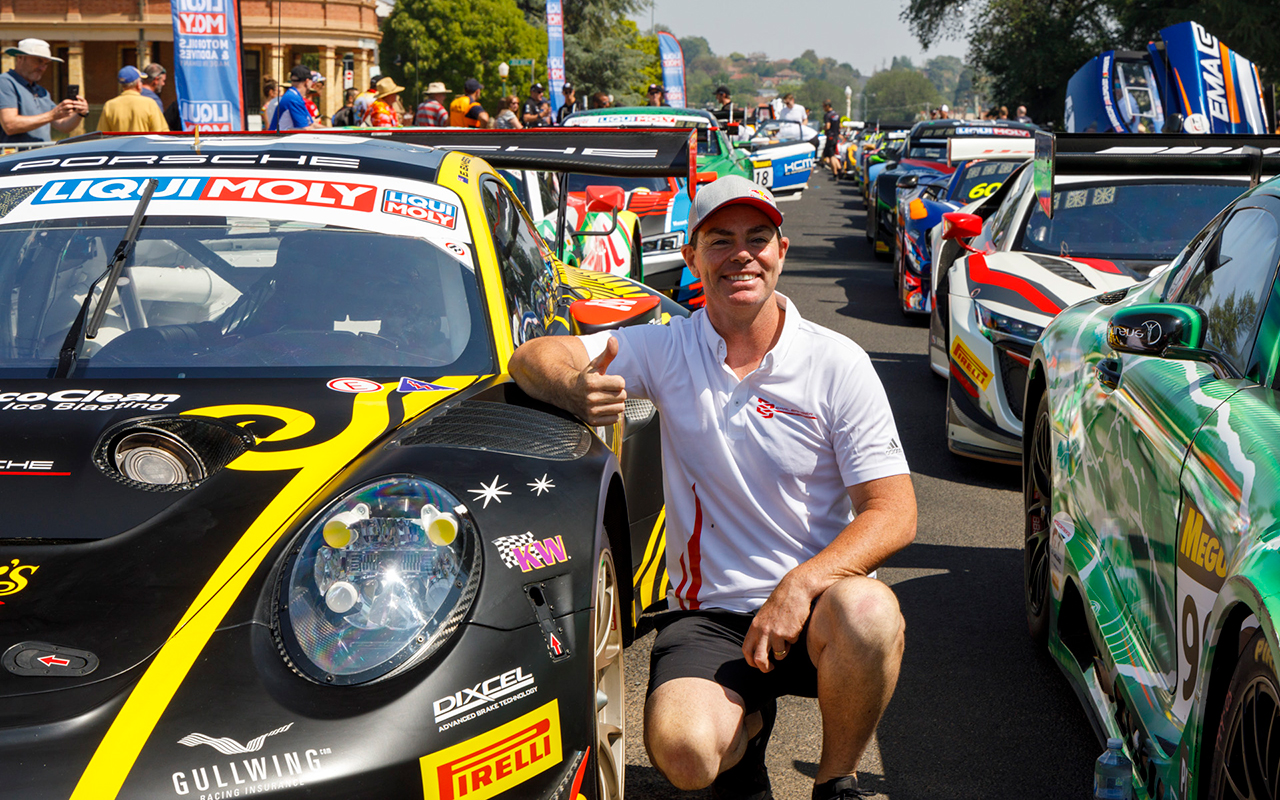 “Roland is very much connected to the Mercedes brand now, he runs the Asia program and here at Bathurst,” Lowndes explained to Supercars.com.

“He rang and let me know they’re running the cars again, Jamie [Whincup] and Shane [van Gisbergen] would be in it and Mercedes wanted to run a factory driver.

“We’d already had contact and talks with Porsche about something going forward, more so for overseas if something was possible.

“Once we got that phone call [from Dane] we got in contact with Porsche Australia. They were keen to do something and from there we got in touch with Earl [Bamber].”

Lowndes, who will again line up in Triple Eight’s enduro squad later this year, expects no shortage of banter with his Supercars colleagues. 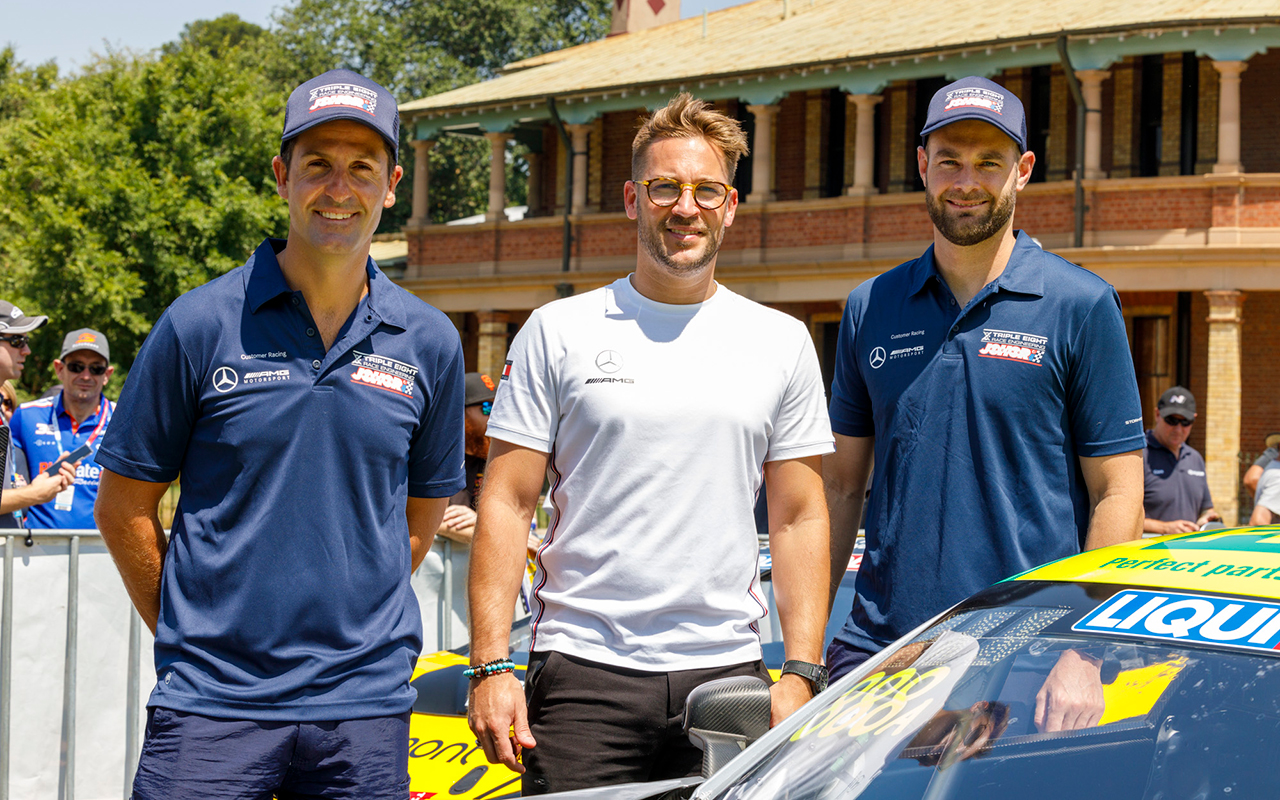 “I’ve been down there, they’re throwing a bit of mud our way and we’re throwing it back and we’ll hopefully have a good fight on the track.

“Good luck to them. I think having the factory driver in the car might help them with that connection to the factory, but hopefully his knowledge of the track is pretty strong.”

Unable to attend EBM’s recent shakedown of the new Porsche in Malaysia, Lowndes will have his first proper drive of the car in Friday practice.

Thursday’s ‘Town to Track’ promotion did though provide a brief taste of the rear-engined 911, with Lowndes among those driving a lap of the circuit and into the CBD.

“The biggest thing I’ve got to get my head around is just the layout of the dash and the steering wheel,” he said.

“Every manufacturer has a different layout and system, so I’ve got to get my head around how Porsche does things and I’m sure the race will work itself out.”

As for future outings with Porsche internationally, Lowndes is hopeful the relationship could help him achieve a lifelong dream.

“I’ve always said Le Mans is the one I want to do, but whether that happens, who knows?” he said.

“At the moment, it’s a great opportunity to drive for Porsche on a track we know so well.

“I’m the only non-factory Porsche driver in a Pro car, it’s nice they’ve opened the door for that side of it.

“I’ll do my best here this weekend. Hopefully in the final hour we’re there fighting for the win and we’ll continue talks after this weekend.

“At the moment it’s about meeting everyone, saying hello and seeing what can be done.”