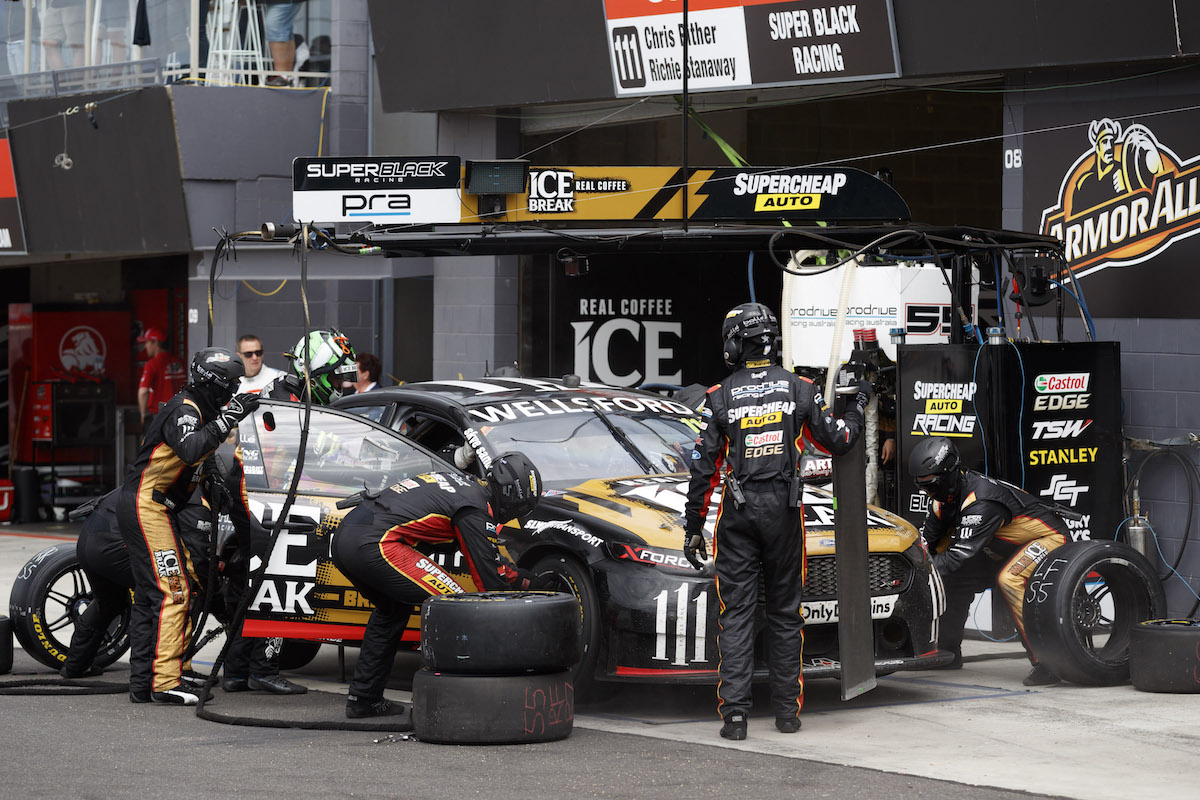 Try and beat the clock this evening at the Castrol Gold Coast 600 with the Ice Break Pit Crew Challenge.

At the Surfers Paradise Foreshore “pit lane” between 4pm to 9pm tonight, have a go at changing a tyre in the fastest time possible to beat their mates and maybe even match the pit stop world record, set at 1.92 seconds.

Hear from the Super Black Racing mechanics later, with Dunlop Series entrant Chelsea Angelo on-hand to help. Fans can go head to head and experience what the pit crews go through as they race to be the quickest in the pits.

Super Black Racing driver Chris Pither is hopeful of a good showing this weekend, which leads into his home race in New Zealand next month.

Pither is proud to be involved with a brand that activates at the track and has helped support Angelo as she climbs the racing ranks.

“I’ve been with Ice Break since 2010 in the V8 Utes category, progressing through the ranks … to the main series, the involvement they have at events and off-track as well is really exciting, like the pit stop challenge they are running this evening.”

Pither plays a mentor role with Angelo, who impressed her new Dunlop Series team at Sandown and Bathurst.

“I rate Chelsea, I think she’s got a huge amount of ability and I just want to try and support her if I could. Thankfully I was able to utilise some of the relationships I’ve built up over the years support her as well.

“It’s pretty cool to have seen everybody … get on board with Chelsea, I think she has done a great job the couple of rounds too.”