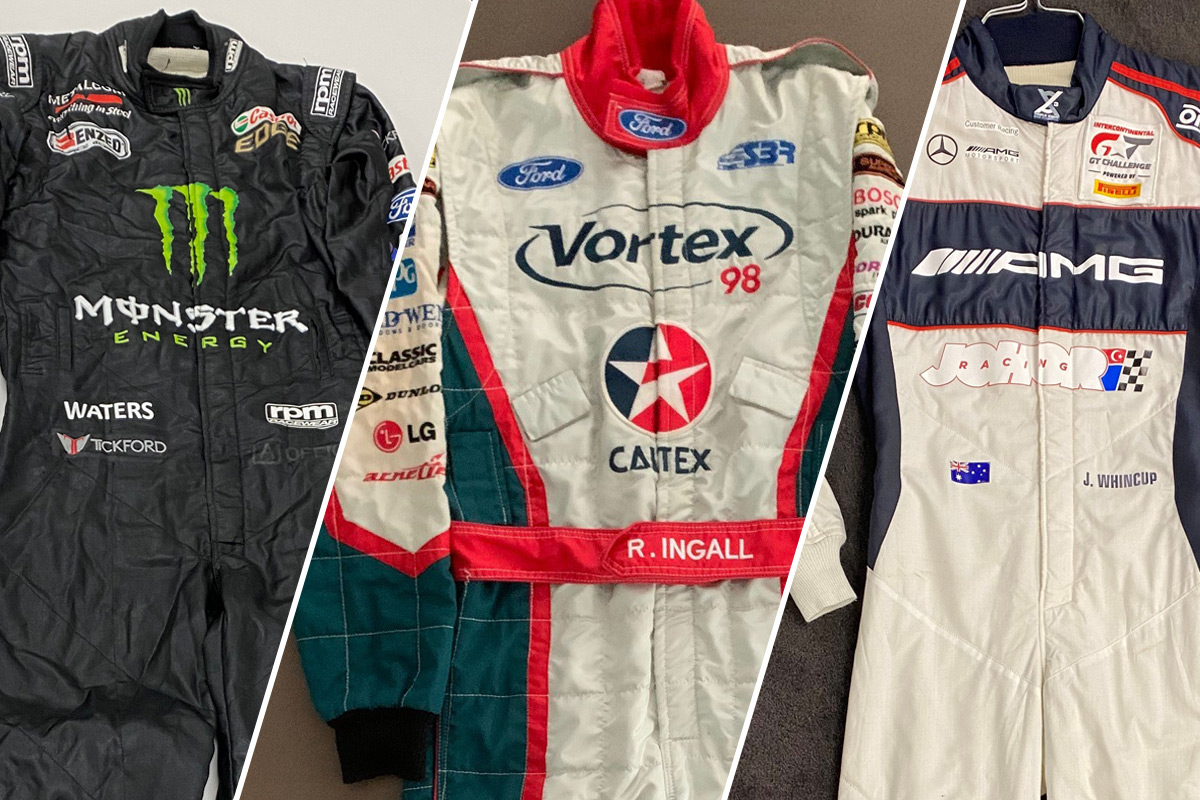 A trio of race suits have been added to Adrian Burgess’ Tour de Cure charity auction, ahead of its conclusion on Wednesday.

Burgess chose to take on the 1,400km cycling challenge following the passing of his ex-wife Jean from lung cancer last August.

A host of Supercars drivers and teams donated items for the auction, which at time of writing has bids totalling over $12,000.

The Ingall suit was worn by the driver during his championship-winning 2005 season with the Caltex-backed Stone Brothers Racing.

Red Bull has donated the suit worn by Whincup at February’s Bathurst 12 Hour, where the seven-time Supercars champion co-drove the squad’s Mercedes.

The suit features prominent AMG branding, reflecting the team’s factory status for the race, in which they finished third.

Waters meanwhile contributed one of his Monster Energy Racing suits from the 2018 Supercars season.

The three items add to The Bottle-O Racing suit previously donated by Lee Holdsworth, as used in the Newcastle season finale.

The auction is set to conclude late on Wednesday night, with full details available at this link.

Direct donations can also be made to the Tour de Cure cause via Burgess’ competitor page on the charity’s website.