Shane van Gisbergen isn’t ready to talk about what lies ahead next year, given he is heading off to race again tomorrow.

The quick Kiwi, who earned his maiden Virgin Australia Supercars Championship yesterday at Sydney Olympic Park will take part in the official celebrations at tonight’s Supercars Gala Awards dinner before hopping on a plane to Malaysia tomorrow to switch and drive a McLaren 650S for the Sepang 12 Hours.

Van Gisbergen says he has achieved a lifelong dream winning the Supercars title, which is just starting to sink in after holding up the cup and performing one of his signature celebratory burnouts at the last event of the season yesterday.

“It’s been awesome, having all family and everything here and we had a nice dinner with the team last night, so pretty cool to celebrate like that and Gala tonight which should be good too,” van Gisbergen told supercars.com.

“It will be good tonight, I’m looking forward to it.” 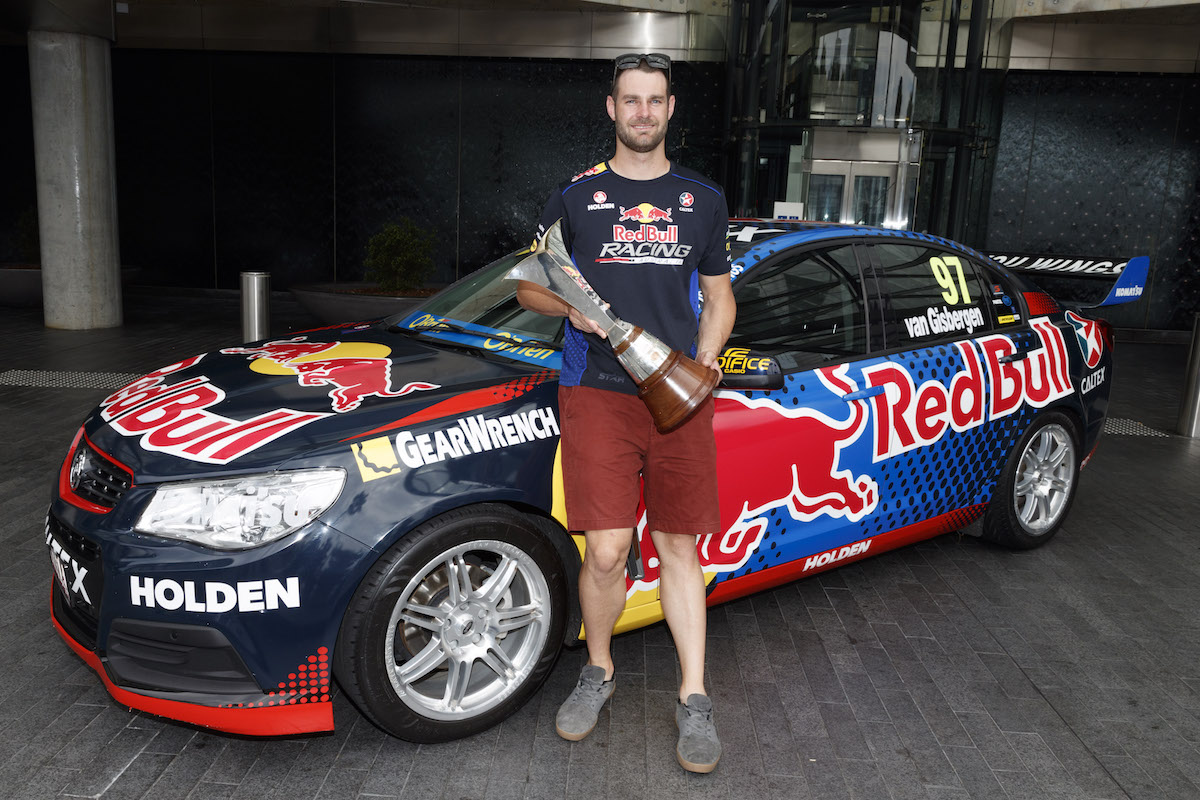 He’s wasting no time before sliding the helmet back on – with more racing still to come, the 27-year old hasn’t had a chance to give 2017 and a title defence much thought just yet.

“I don’t really go by years, I just keep going. I’m fully racing over the break – if you want to call it that for Supercars – but I’ll be always racing.

“I think I’ll be back into the shop in January and start working then.”

The Championship win came in van Gisbergen’s first year with Red Bull Racing Australia, paired up with engineer Grant McPherson who also earned his first Supercars title after coming second a number of times. Van Gisbergen says they gelled quickly. McPherson engineered Craig Lowndes to second the previous year and has also worked with Mark Winterbottom and Will Davison.

“We got along well right from the start and obviously it just takes time for driver-engineers to get along with the racing side of things. Once we clicked we were away and just got better and better. For him, he joined the championship at Sandown 2007, which is one round after me, so it’s pretty special.”

Something to think about next season will be the change of tyre construction, which van Gisbergen believes will be a positive change for the category. Triple Eight was involved in some initial testing with Whincup behind the wheel.

“We have a little bit of data, we did some testing in the tyres test and we’ll see, we don’t know too much about it,” he said.

“It’s good to keep things exciting, we have the new tyre and the next year bigger changes again. There’s a lot going on, which is good.”

Van Gisbergen will walk the red carpet with other Supercars drivers at tonight’s Gala Awards in Sydney.