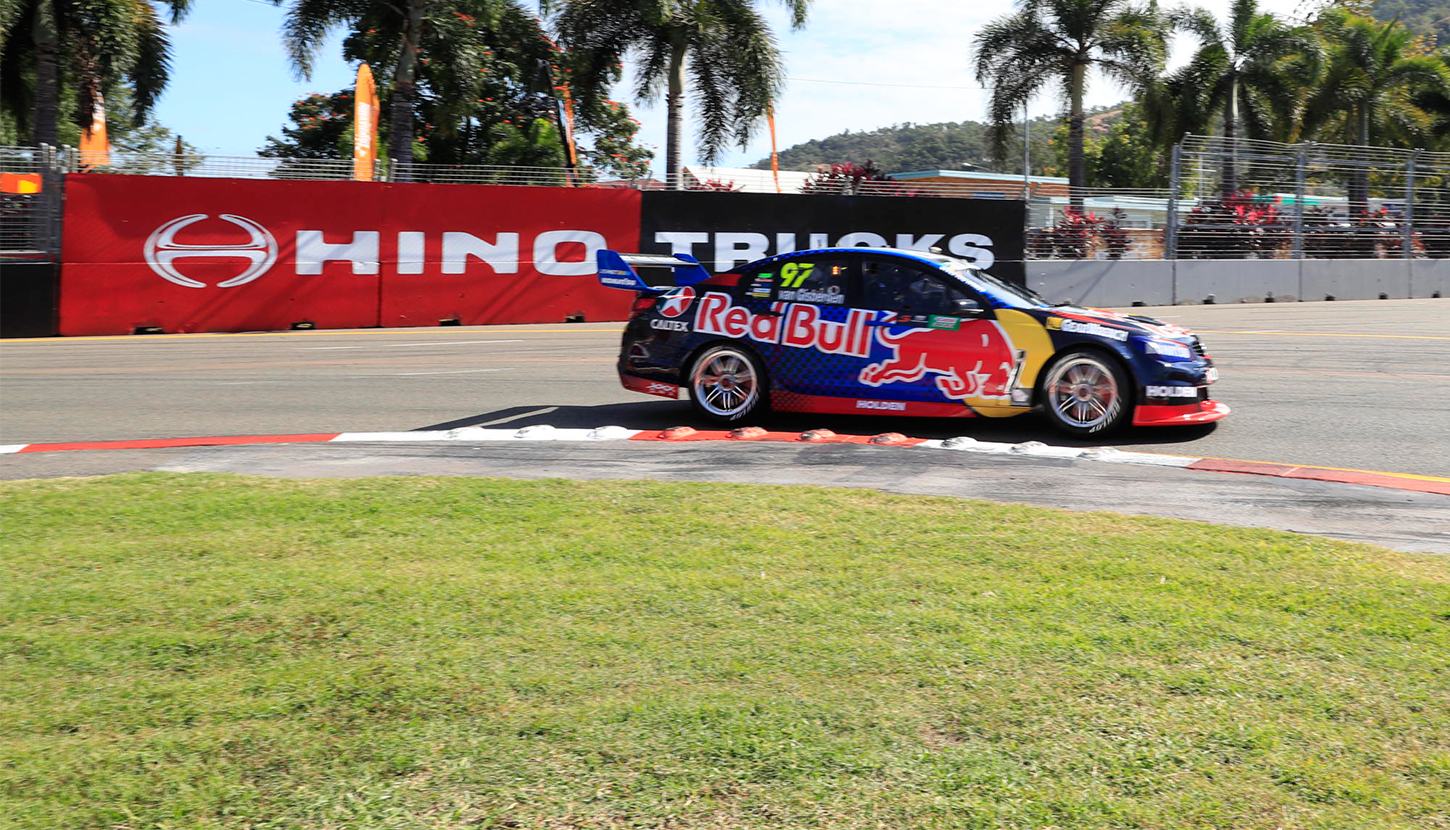 Shane van Gisbergen has taken the top spot in this morning’s qualifying session, to extend his amazing record of ARMOR ALL Top 10 Shootout appearances.

The quick Kiwi will now feature in 23 consecutive shootouts and achieved pole position in Townsville back in 2013.

His 1min12.6552 eclipsed yesterday’s winner and teammate Jamie Whincup by 0.0674 seconds, after the Red Bull #88 driver took pole and the race win yesterday.

Van Gisbergen is aiming to start in the top four for this afternoon’s race after his hot lap around Reid Park. He will be the last car to take to the track as they run in reverse order.

“Awesome to get into the shootout again, the car’s been good all weekend,” van Gisbergen said.

“Jamie was in a class of his own this weekend … hopefully we can stay up there in the shootout and start in the first two rows.”

The action started early in the session with Garth Tander losing a mirror at turn two – the Holden Racing Team ace, who put on a great performance yesterday driving from 20th to seventh, finished 10th and will take to the track first in the shootout.

James Moffat suffered with damage to the front of his Volvo, with an incident with Jason Bright to be investigated. Young rookie Kurt Kostecki will be investigated for blocking Tim Slade in the session.

Reynolds revealed his Erebus team has saved a new set of tyres for the shootout.

Dale Wood and James Courtney were just edged out in the last seconds.

Sailing to the century