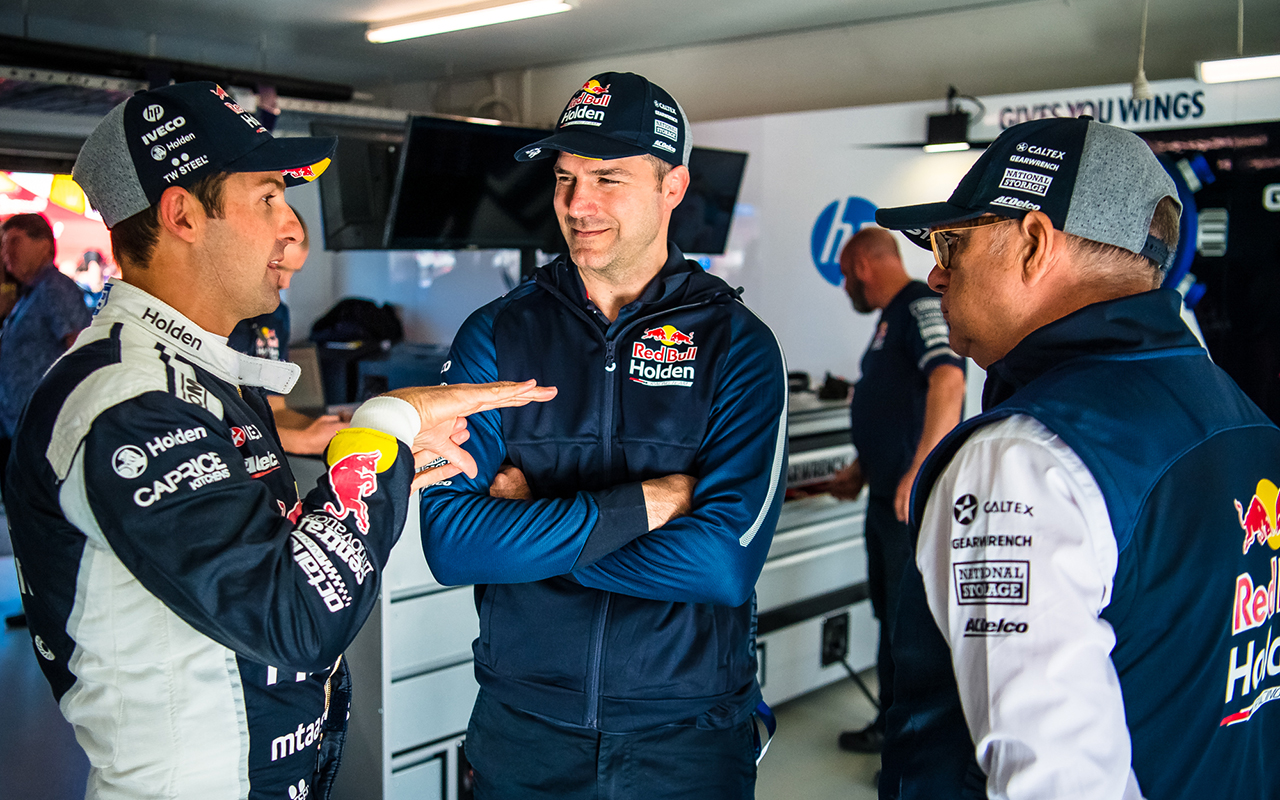 After one of the Triple Eight’s toughest Supercars weekends at Phillip Island, the factory Holden squad made a clear step forward at Barbagallo.

Jamie Whincup went from languishing outside the top 10 at the Victorian venue to fighting Scott McLaughlin for the win in the West, eventually finishing second.

What’s your take on the Perth weekend? Were you happy with how it ended up?

Definitely. We came to Perth off the back of a terrible Phillip Island.

We were pretty disappointed in ourselves collectively, so to roll out of the truck quite strong, all the homework everyone did, the preparation of the cars was faultless.

The set-up prep work the engineers did, especially some of the assumptions you had to make based on what you thought the track would be like with the resurface, I was extremely happy with where we rolled out. 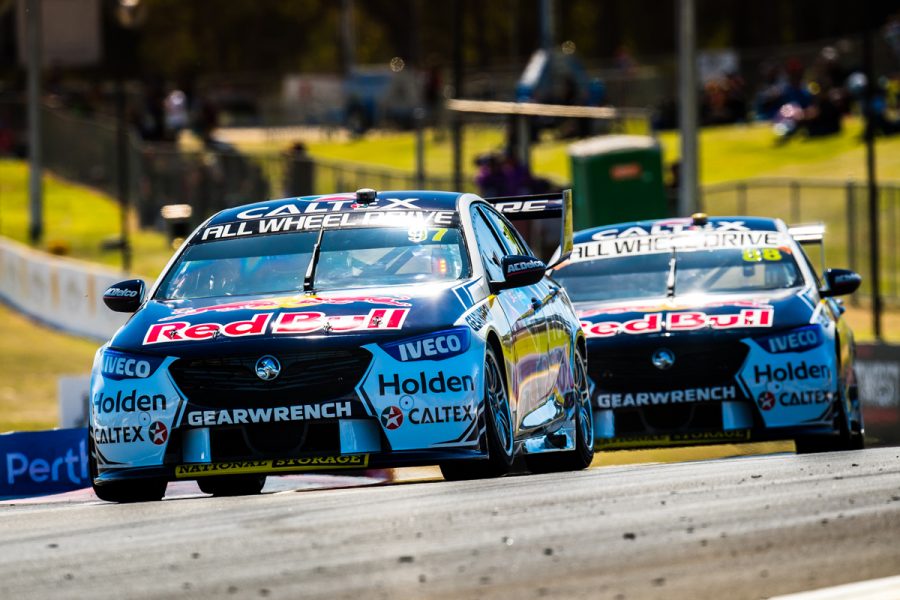 It’s obviously a very different track, but what did you change from Phillip Island to get a different result?

It’s more so trying to work on a base, different sweet spots to find, and planning and structuring your practice sessions well.

That’s what the engineers really executed well. The crew were getting through all the changes faultlessly, really quickly.

We had a lot on the agenda in every practice session, and that’s why you’d see sometimes the cars would be in different positions, and then we came out in qualifying and did a better job.

We still want to be better, particularly Shane’s qualifying wasn’t as good as we’d have liked.

Quite early in the weekend Grant [McPherson, #97 engineer] migrated more to Cauchi’s set-up, so Shane was not as used to it,

But then they still kept tuning together but individually as well, so we can have as many permutations and combinations tested in the shortest amount of time. 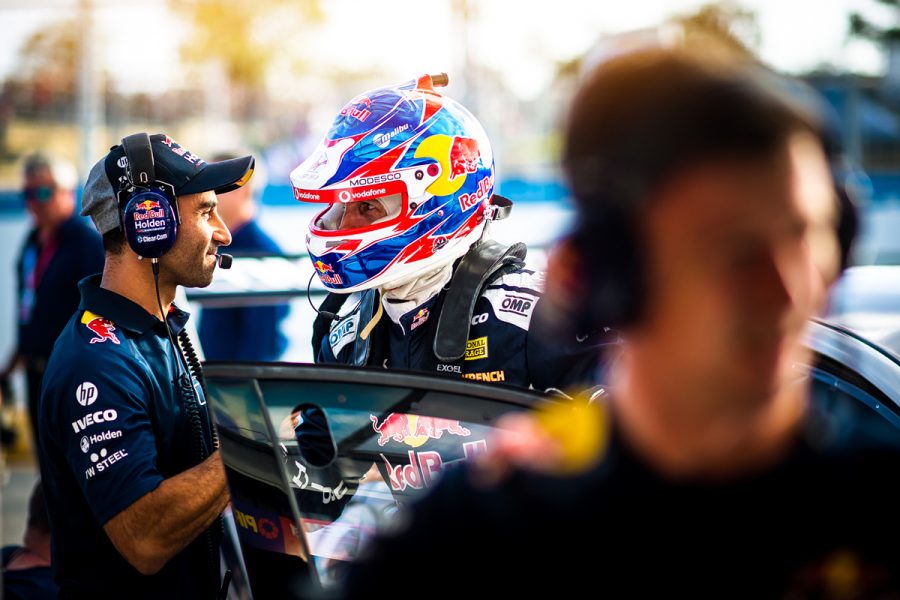 So do you think you made a genuine step forward, rather than just fell into a sweet spot that you couldn’t find at Phillip Island?

Definitely. The difficulty is, will this translate [to future events] because of the track grip?

We didn’t just come to Perth with last year’s set-up and it worked, we did a lot of analysis and made some different components.

[#88 engineer David] Cauchi drove that and they worked. We hit the ground running, tuning as we went, but Winton the next one, will some of that convert? We don’t know at this stage.

You do have to do a good post-analysis to really then try and understand, with the track grip differences, what do we think will be the optimum roll-out? 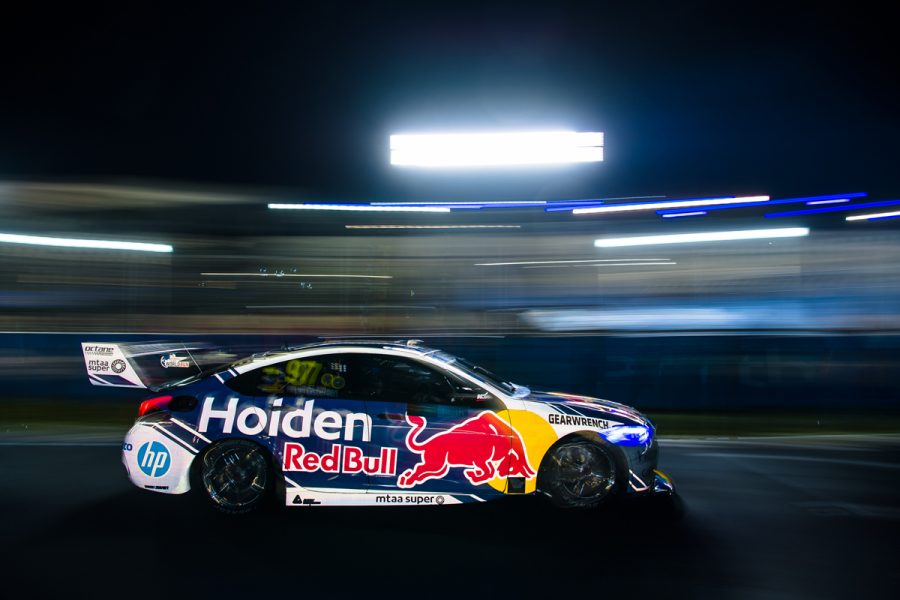 Was it a box ticked to be the best of the Commodores? You’re still chasing the Shell cars, but it’s been unusual to see you guys not the lead Holden team.

One hundred percent. That was a primary objective. That and no mistakes.

It sounds simple, but with everything going on it’s not always as simple as it might seem. That was as much a priority, and we achieved that.

The pitstops were good, the practice sessions were really good.

There’s always little niggles, but the way the team executed throughout the weekend… and we’re picking half-percenters in some of these things, but that’s the business.

Even throughout the weekend, each practice session just got smoother and smoother, the crew were doing a fantastic job. 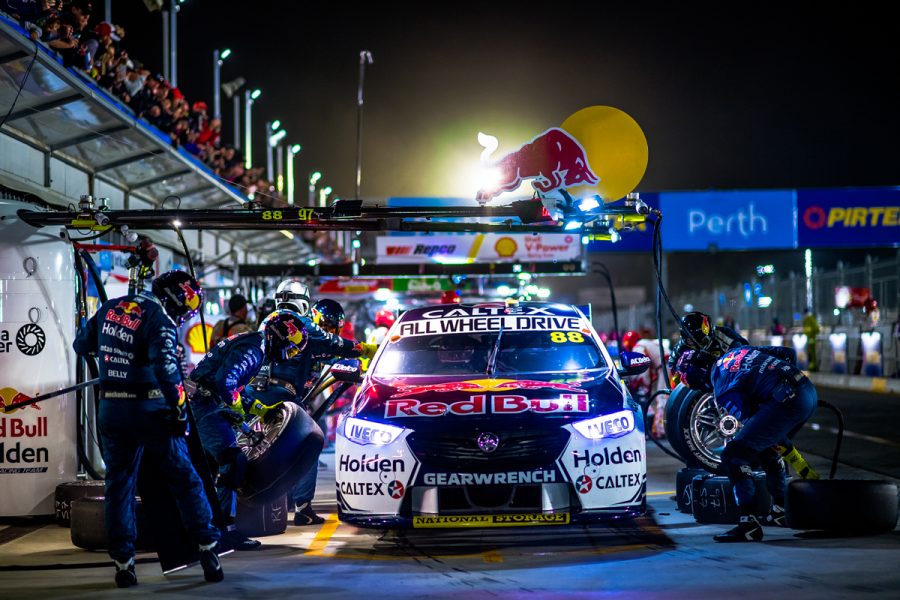 Can you overhaul the Shell team on pace this year? Or are they too far ahead?

As far as pace, we’ll have to see. We need to make sure we’re totally happy with the job we’re doing.

We were much happier [in Perth], but even in our own cars with the balance and the feel, there were still improvements we could make to give the drivers exactly what they wanted.

We know there was more in us, so we can bridge that gap even further.

They might be saying the same things, you never know, but we know for ourselves that we produced very good cars for both drivers, and it was more that we weren’t able to unlock what we think we can with the current package.

Whereas earlier in the year there was some times when we were doing a cracker job and we were a second off the pace. Right now that’s not the case.

If we keep improving and they stop improving, hopefully, fingers crossed… it’ll be a tough slog, but we’re up for the challenge.

You actually had the lead on Saturday night with Jamie, but didn’t choose to cover Scott’s undercut on the first round of stops. Any regrets there?

It’s an interesting one. It’s a really tough one to know exactly what to do there, because clearly you want to come out and win every race.

When you’re starting on the front row, you definitely know you can win. Jamie got a good start, as he usually does, and Scotty couldn’t get past.

It might sound a bit boring, but we were still being very realistic and making sure we did all the fundamentals right.

We didn’t want a hero-zero move, that wasn’t the plan. So we went with maybe a slightly conservative approach, but for the weekend, it was where we needed to be.

Not just to secure a good P2 finish, but to also make sure we’re learning maximum from the car. It was the right thing to do in that instance.

We came [to Perth] with the goal of being P3 and we got P2, so we over-achieved.

It does still hurt saying P2 is over-achieving, but that’s where we’re at right now and we’ll keep working hard to make sure that’s not over-achieving in the near future.