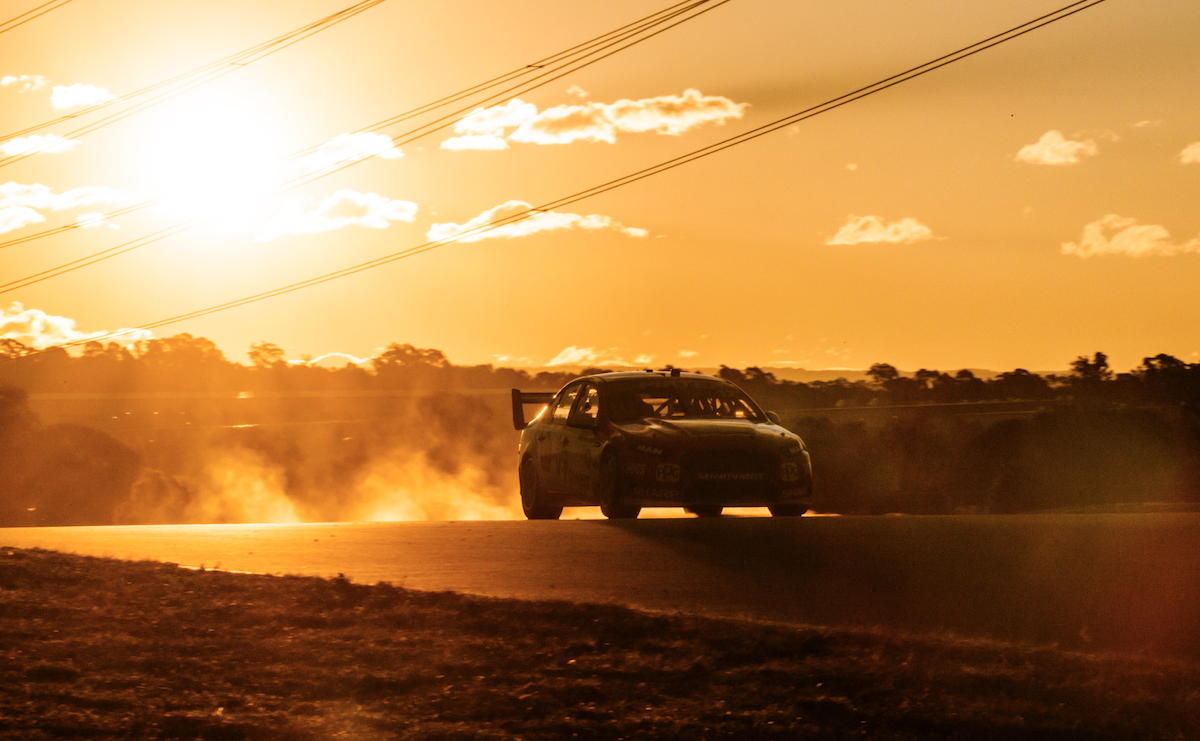 After four years in the role, Steve Horne is preparing to relinquish his position as Supercars Commission chairman.

A man of immense international motorsport experience, Horne has played an important behind-the-scenes part in the category’s evolution.

Steve, firstly, talk us through the decision to step back from the position of Supercars Commission chairman.

It’s multi-faceted. I’m what I call young-old, right now. I’m 68 and if I ran another term I’d be pushing 70, which is the transition to old-old!

I’ve got a lot of things on my bucket list. One thing my wife and I want to do is spend two to three months a year in Europe. The Commission role precludes that realistically and I owe it to her to spend that time together.

That’s the basic reason, but there’s also a lot of travel involved for me getting to the Commission meetings and the races (from his home on New Zealand's Waiheke Island). That’s fine, but I’ve got enough air points now!

It’s certainly nothing to do with Supercars. I think it’s the best touring car series in the world and I think it’s in a reasonably good place right now.

There’s been a significant amount of change even in the four years you’ve been in that role. Are you happy with what the Commission has achieved in that time?

I am. There’s still more work to do, but when I came on board there were issues there with parity and concerns about formats.

I think those two boxes have been ticked reasonably well, particularly with parity. We’ve done so well there that the complaint I hear is that no one can pass (because it’s so close). Maybe you’ve got to be careful what you wish for!

The other thing when I came on board and I think the Commission influenced this to some degree, the teams were financially struggling and we worked on containing some of the costs for the teams.

I think Supercars themselves in the front office have done a wonderful job in increasing the revenues for the teams. It’s a lot more stable. There was a time where there were RECs (Racing Entitlements Contracts) sitting on the shelf. That’s not the case anymore.

I think there has been some good stability come out of the work that the Commission has done. 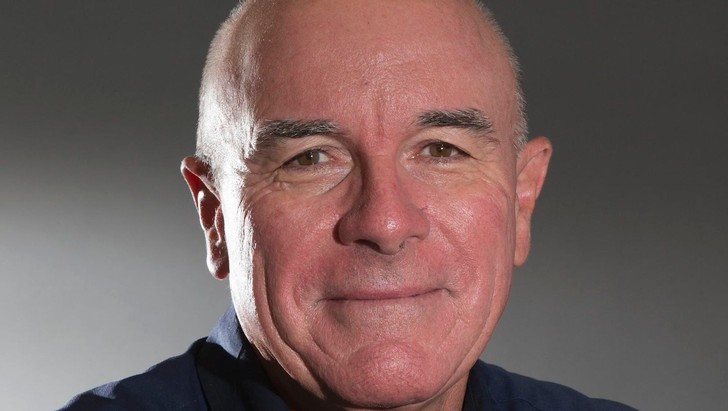 Aero parity was a very hot topic when you joined and you took the lead on that, setting up a sub-committee and working through ways to improve the process.

I’m not an aerodynamicist but having been involved in IndyCar I had a relatively broad understanding of aero and what’s required in terms of tools.

Supercars had a basic platform in their straightline testing and with Steve Hallam’s direction we tidied that up and provided a better platform.

It’s now going through another revision stage under (Supercars sporting and technical director) David Stuart, but we refined the process to be quite good.

The engine side has also seen refinement in your time with the cumulative horsepower cap that was introduced in 2014. Do you think the combination of that and the aero are future-proofed enough to be ready for V6 turbos and two-door coupes?

The answer is yet to come on that, but I certainly think we have the basis to test the new Holden (which is a five-door hatchback) and V6 engine under those parameters and get a really good idea of how close we’re going to be.

The Commission includes four team representatives, but during your time as chairman you also made an effort to engage as many other teams as possible in the process. You obviously feel that team involvement is very important?

One of the first things that we did when I joined was to invite every team principal or manager to a Commission meeting. Every meeting we had there’d be someone new come along so that they saw underneath what they thought was a big veil of secrecy.

I think that really helped people understand that we were working for the collective good and there weren’t many team hats on very often within the Commission. That increased the confidence level.

At the end of the day the teams are the ones that are the users of the output of the Commission, so having those guys involved is important.

Of course it’s a double-edged sword, because if you get their involvement too early in the process then you get diverted from the main mission. It’s a balancing act. 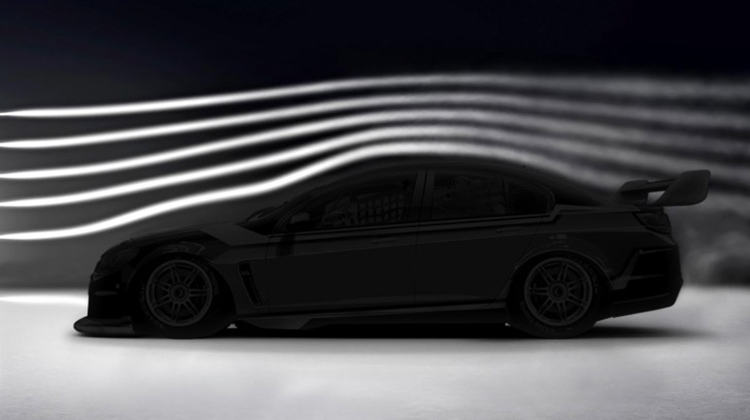 Refining aero testing was one of Horne's first tasks

One of the other key comments from other Commissioners about your time in the job has been that you’ve done well to keep the Commission on task when all those ideas and viewpoints are heading in various directions.

I’d like to think that I’ve helped create a thoughtful process so we don’t rush into decisions and we look at all angles.

Sometimes it might take us six months to even get close to a decision on something. You’ve got to let it soak a bit, gather all the information and make an informed decision.

I’ve learnt over the years that every change you make to a rule, you make it for a positive outcome, but every time you change a rule it costs someone, somewhere some money. You’ve got to be conscious of that.

Do you think the cost of running a Supercars team at the moment is where it needs to be?

That’s the big question in all forms of motorsport and all sport for that matter, whether you look at football, cricket or anything else.

You never quite know whether the dollar you’re spending now is the best way to spend it or a waste of money. I’ve learnt that the hard way!

You obviously know the team side of the fence very well from your IndyCar days and when you started on the Commission you were still an active team owner in the (New Zealand) SuperTourers.

I really enjoyed the SuperTourers and I think it was a very good series for the country, but unfortunately it didn’t have the support of the sanctioning body and that killed it.

The technical package was good, it suited New Zealand well, the racing was good and we had 20 car grids, but we didn’t have the support of the sanctioning body and they were able to put substantial roadblocks in the way. 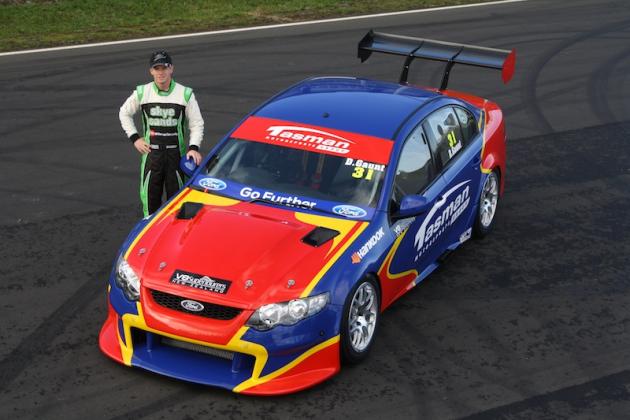 Horne ran a Ford in the NZ SuperTourer class

The SuperTourers had a control (Chevrolet) engine and, behind the scenes, I know you undertook a study on whether a control engine is the right way to go for Supercars.

Yes, that was one of my pet projects. I looked at the costs within the series and if a control engine is a viable component of what is virtually a complete control car now.

I personally think there’s cost saving there, but it’s on the back-burner at the moment. It may have a place in the future but right now I don’t see it.

We still have this Ford versus Holden heritage. We’re transitioning away from that and we’ve got to find a way I think of attracting new manufacturers and new body styles onto the existing platform.

For a manufacturer to come in that does not have a heritage in motorsport, would a control engine that’s badged in their name tick a box for them where they don’t have to spend a fortune on development? It’s a question that remains unanswered.

The model I looked at is LMP2, where there are a lot of different chassis but most had a control engine from Gibson. They all ran for 24 hours without any failures. The build and servicing of the engines is centralised and it took a huge workload away from the teams.

I think we still have in Supercars (among the teams) a mentality where ‘I’m smarter than everyone else so therefore I need to spend all this money on infrastructure to have a gain’.

To me the biggest gains with these cars now is the understanding of how they work, the tuning and the quality of the driving.

Looking at the rest of the car, do you think the balance between control components and what’s open, particularly in the front-end, is where it should be?

I do. There’s been a lot of talk about control uprights and everything like that to stem development in the open areas, but going back to my previous statement, every time you change the rules it has a knock-on effect somewhere.

I think having areas where the cars can be individualised is good and it doesn’t need any more of that. I personally don’t think we need to change much in that area.

Do you still have anything else you want to do in motorsport?

I don’t know whether this is the end of my involvement in motorsport. I have said to James (Warburton, Supercars CEO) that if there are quite specific one-off projects that he feels I can help with I’d be glad to do that.

Overall it’s been a fantastic experience for me. When you’ve been a competitor you always look across the fence to the officials and operational side with a slightly jaundiced eye. I have found out how difficult it is from the other side of the fence.

On the Commission I was the leader of a group of very, very good people who put their heart and soul into this. Everybody puts a lot of time and a lot of effort into it because of their love of the sport.