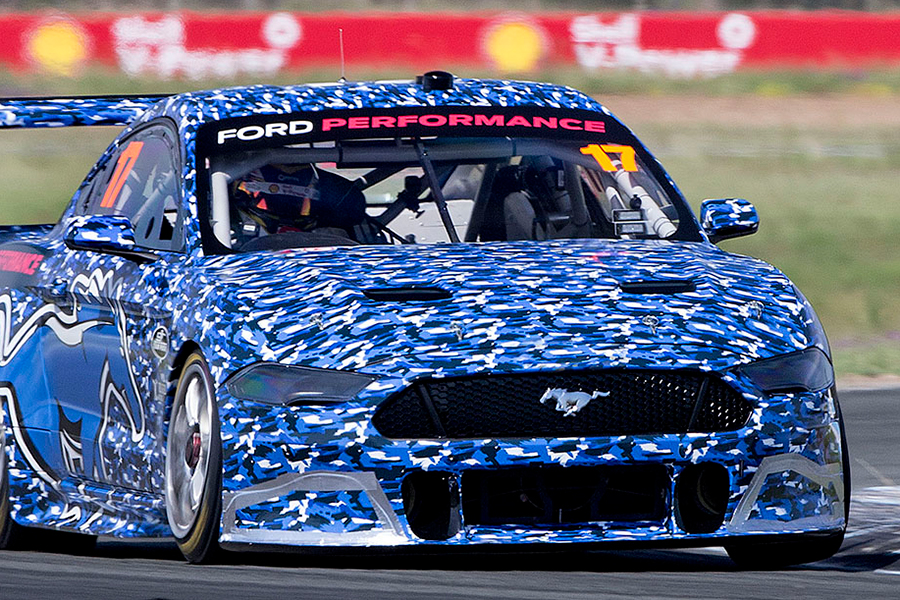 Wednesday marked a major milestone for the Virgin Australia Supercars Championship, with Ford’s new Mustang hitting the track for the first time at Queensland Raceway.

DJR Team Penske boss Ryan Story, whose squad is looking after the homologation of the car, told Supercars.com how it went down, and the road ahead.

Ryan, before we talk about the test, give us an insight into the lead-up. Obviously many months of work went into it, but how did it all come together for Wednesday?

The challenges were predominately associated with time.

The last piece of the puzzle, the last component was approved by Supercars on the 12th of October, so then we were waiting on manufacturing and production to get the panels that you need to assemble the car properly and hit the race track.

That’s where most of the challenges have been. It’s the ability and time that we have available to us to make sure we have the design side of things right and we’re not compromising the package that we have.

Then ultimately getting those design components through manufacturing to make it to the workshop floor. That’s been the story of the last two or three weeks. 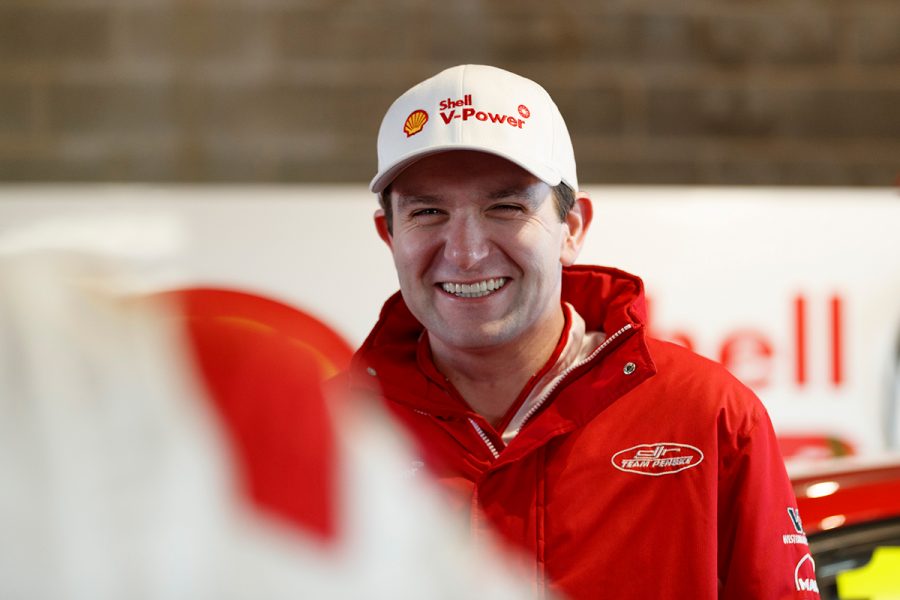 Were you still working Tuesday night piecing it together?

That would be a fair assessment. It’s a pretty tightly packed testing program that’s been dictated by a couple of things.

As a consequence of that, we’re trying to do a lot with a little, to the point where we even had shifts overnight in terms of who is dedicated to getting the car turned around for its next on track time.

It’s one of those things where there’s not a lot of room for error and that brings out the best from our people.

Tell us how Wednesday went, in terms of your aims, your run plan, and whether it met your goals?

Well it was a tricky day from the outset. Queensland Raceway is not the nicest place to go testing when you have ambient and track temperatures as high as what we saw.

That dictated a lot of our on track running, or at least what we could expect from it. But it was a productive day, we went out there just hoping to have some smooth running.

It was very special for all of us to see that car on the race track for the first time, given the amount of work that’s been involved.

For so many of us it’s the first time we’ve been involved in a project of this nature, so that was a massive part of it.

To get to the point where we were turning some laps in anger was impressive. That’s precisely what we were able to do.

The feedback from the drivers is one of cautious optimism in that it has similar feel and similar balance to the car that they’re used to. That’s a very good starting point.

What we’ve looked to do is effectively build a Mustang that refines the balance we’ve been used to running since 2015 in a lot of respects and making the most of that car. 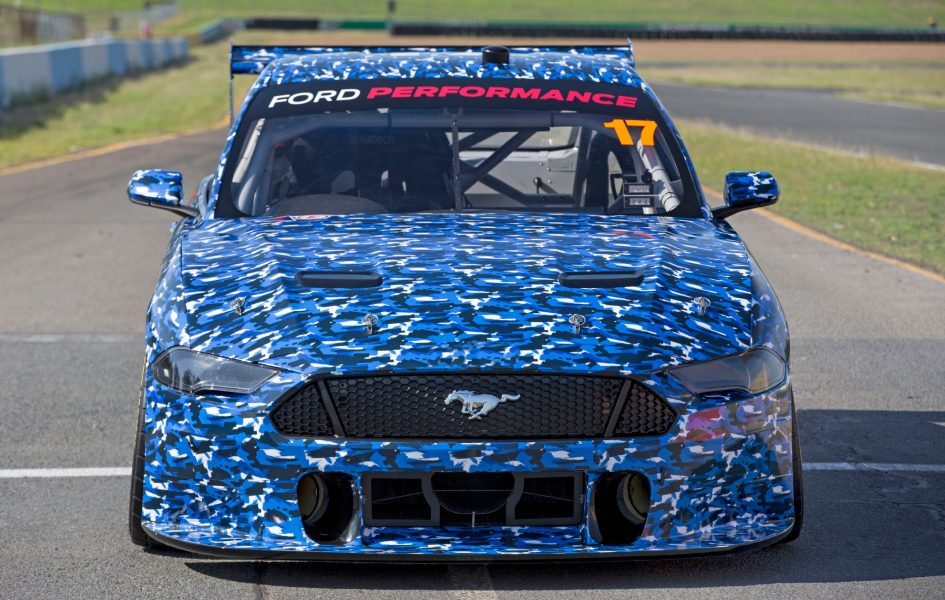 Were you going through different aerodynamic iterations on Wednesday, throwing different wings and bumper cheeks and so on at it?

That’s basically what these tests allow you to do, have a good understanding of some of the areas of adjustment before you go to the VCAT (for Supercars sign-off).

The VCAT, you need to have the ability to tune the car before everything is locked in and finalised.

You need to have a good understanding of what those various variables are before you get to that point and that’s a big part of what the testing program is all about.

So for Phillip Island (second homologation test day on Saturday), the track is different but the goals are the same?

Yes. It’s about understanding something new and what the change variables do to the balance of the car, and what sacrifices and gains you can make to be in the window with the prescribed numbers that we need to meet.

On that basis, we didn’t get a clear read from yesterday, but we’ve got reason to think that we will.

What’s the rationale behind doing the track testing before the straightline days? Triple Eight did theirs the other way around for the ZB...

To be honest, with the late nature of this project, a lot of the testing program is being dictated by availability.

There’s not many permanent circuits and air strips that are capable of undertaking the sort of testing that we require and the ones that are, are booked almost 365 days a year.

For better or worse, you’re effectively dictated by those terms, that’s how our program has played out. 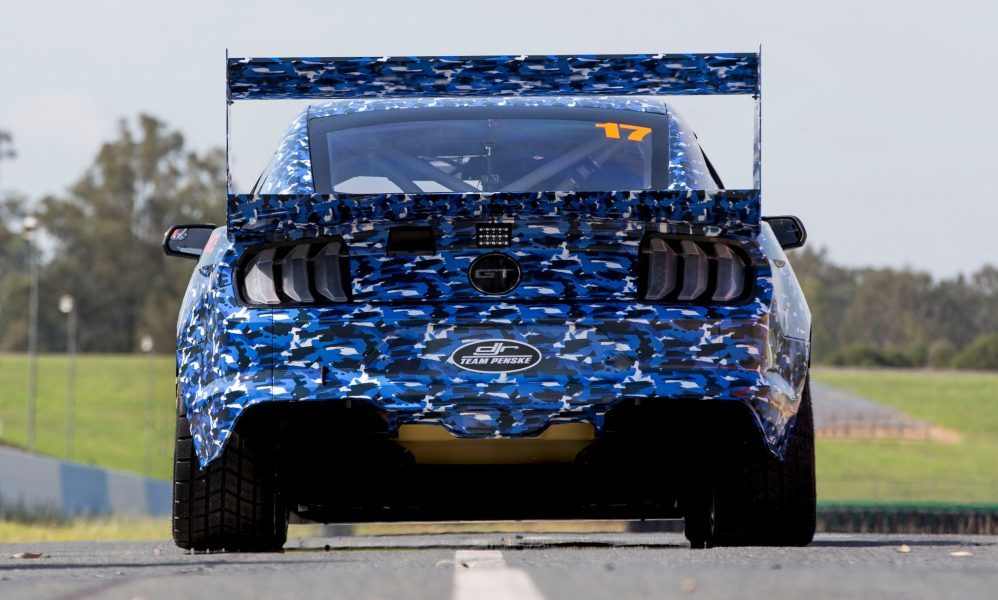 This is a lot of work to be doing right before Newcastle. Do you feel the Mustang project has impacted your current season at all?

It’s had an impact, for sure, but it’s no different to Triple Eight last year. They managed both (racing the VF and developing the ZB).

They had a little bit more time on their side in terms of when their project got underway, but you try and manage your personnel accordingly and make sure that where there is crossover, it’s limited to a certain extend and doesn’t have a negative impact on going racing.

I think we’ve done a good job with that, but certainly we’ll have a far better read in a few weeks time.

How did you feel about the public reaction to the car? The shape triggered a lot of discussion on social media.

I think it’s reinforced my view that we’ve got a passionate supporter base, not just for our team, but for Ford and the entire series.

Seeing some of the online commentary is great, even though not all of it is in our favour.

We decided to run with it in a camo livery to mask some of the elements of the car and keep a few things up our sleeve, which is absolutely the right approach.

But we’ve also been open about the challenges we’ve faced fitting the Mustang to the control chassis.

I’ve spent (Thursday) morning going through iterations of the 2019 livery on the new car and it looks pretty good.

In the flesh the car looks really wonderful. It’s one of those things that, there’s going to be a bit of a polarised view, but just wait and see when we hit the track in 2019.

It’s a good looking car and we’re proud of the work that we’ve all collectively put into it.

So your message to the fans is to wait before judging the look?

There’s some dimensions we’ve had to modify to suit the platform that we race in, and that’s to be expected.

But there’s a lot of Mustang DNA in the car. Reserve judgement until you get the chance to see it, whether that’s up close in the flesh or on race tracks in 2019.