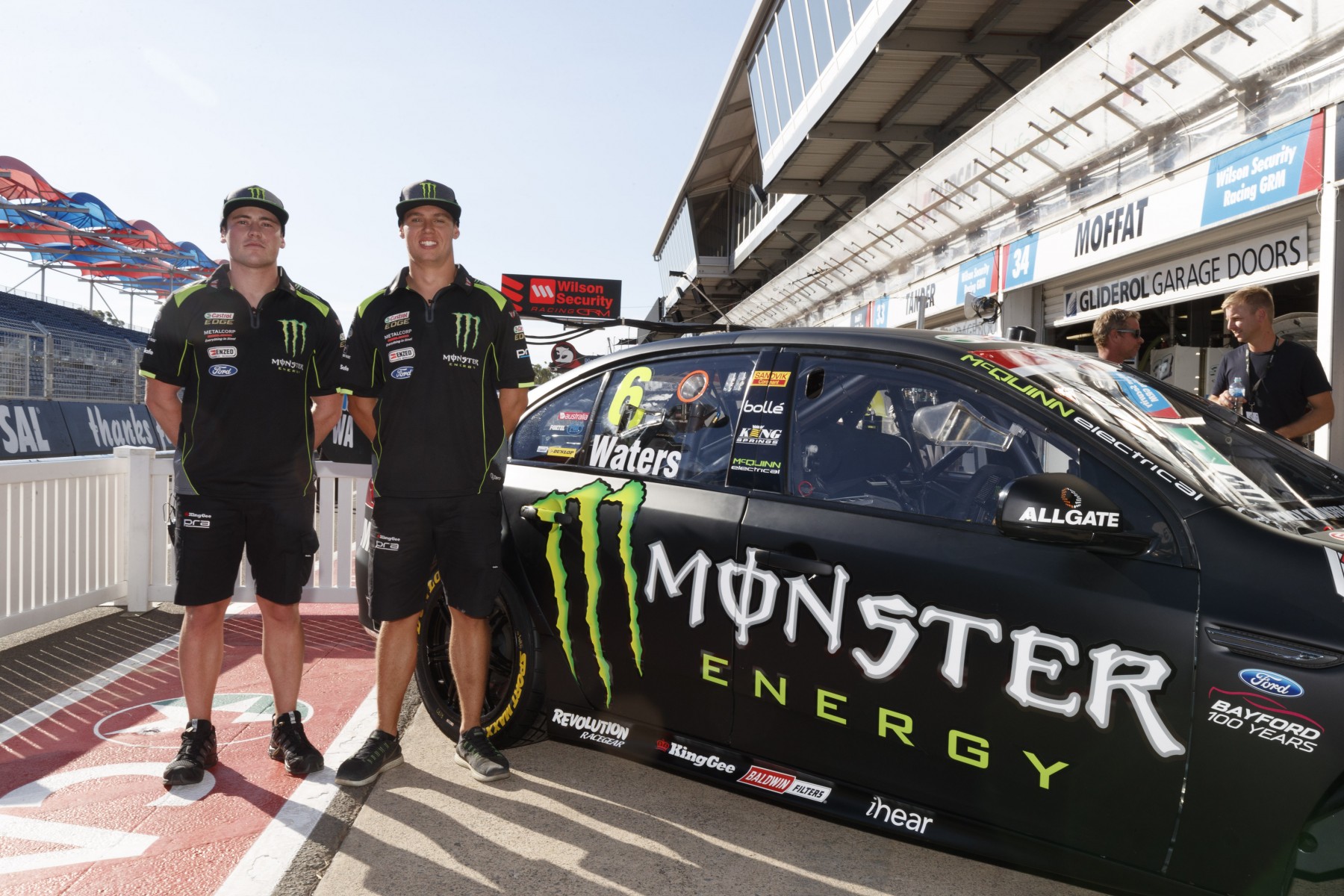 Kiwi Richie Stanaway will put an increased focus on Supercars this season as he works to secure a full-time drive in the category.

The 25-year-old is again pairing duties for Aston Martin in the World Endurance Championship with a Pirtek Enduro Cup co-drive at Prodrive.

Teaming with Chris Pither for his Supercars debut in the Super Black entry last year, Stanaway has been promoted into Cameron Waters’ Monster Ford for 2017.

In the below interview with Supercars.com editor Stefan Bartholomaeus, Stanaway explains his burning desire to swap his European career for a full-time Supercars seat.

Richie, you’re continuing with Prodrive for the Pirtek Enduro Cup, but you’re back to a part-program with Aston this year. Why the change?

It’s better for me this year just to do two races to prepare for Le Mans and then I’ve got the second half of the year to focus on the (Supercars) enduros.

It’s a bit weird not having a full program, it’s the first time in my career that’s happened, but I’m pretty happy with how it’s worked out.

I’ll be available a lot more for the Supercars practice sessions and test days. I want to have as much time in the car as possible.

Last year you made a strong impression on your Supercars debut in the Super Black car. Were you ever in talks to race Supercars full-time in 2017?

Not really. There were some discussions but nothing ever got serious.

There was never a point where I thought I was getting a full-time drive.

I was just hopeful of staying on at PRA as a co-driver, which thankfully is what has happened. 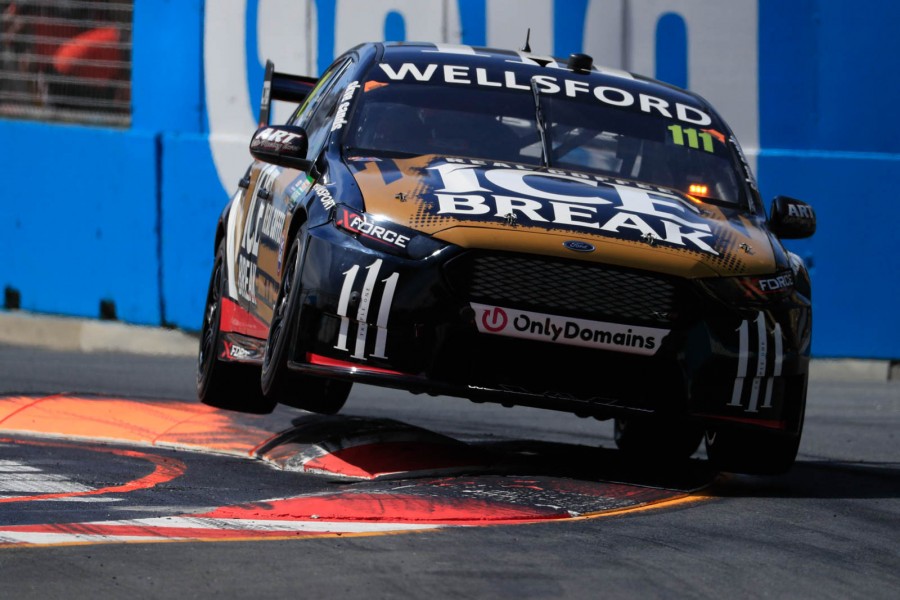 Is the focus now to find your way into a full-time Supercars drive for 2018?

Racing here full-time in 2018 is what I want, I’m not going to say that I just want to be a solid co-driver.

I want to build up my reputation here. I’m still young and have good experience in categories all over the world, but the dream is to race here full-time.

I’d love to get a chance here in good equipment, get some experience and try and make a name for myself.

When the enduros come around I’ve got to focus on trying to be quick and most importantly consistent and not make mistakes.

What did you take out of the Pirtek Enduro Cup last year?

Above all I just really enjoyed it.

When I went to Europe I was always chasing that feeling of making it into Formula 1.

When that didn’t happen I haven’t had that feeling of racing in a category I’ve always dreamed of being in.

Above anything I just loved being on track. Every lap I did I was just loving it.

Because I felt like that I was able to get the most out of myself.

It’s part of the reason why I want to get into it full-time.

To get the most out of yourself you’ve got to be doing what you enjoy doing. For me that’s racing in Supercars.

Aside from that… the way the team operates here compared to what I’m used to in Europe, it’s probably the best team I’ve ever worked with.

Their work ethic, how onto it all the engineers are and how they chip away at the finer details of the set-up, it’s so close that every detail is so important.

I really enjoyed sitting in on the debriefs with the more experienced guys like Chaz (Mostert) and Frosty (Mark Winterbottom) and seeing how they work.

It opened my eyes up a little bit. Coming from Europe you’d think I’d been at a fairly high level, but this series is as high as any in the world. 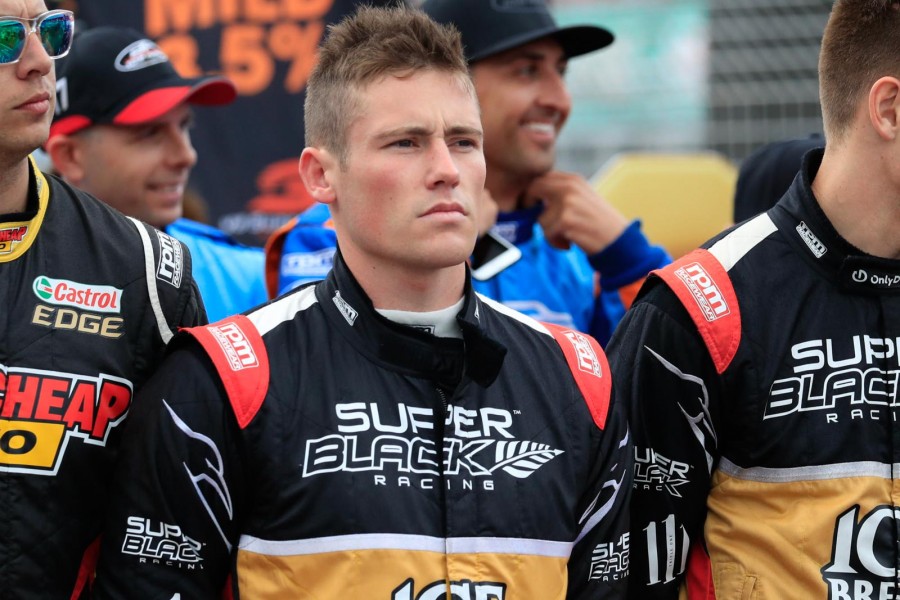 Racing for Aston Martin in the WEC is still something that many drivers would aspire to. There’s some surprise out there that you’d be willing to give that up.

Really it’s the fact that Supercars is a close, competitive championship and if you can get results it’s really rewarding.

The stuff I’ve been doing (WEC), we don’t have that many cars in our class and because it’s a multi-class series we’re not fighting for the overall win.

We don’t get as much publicity if we get a good result and if we do everybody complains that you won because of Balance of Performance.

Likewise when you lose, it feels like it’s because of Balance of Performance. You can never praise anyone for winning based on ability.

Here there’s differences in the teams as well, but having a full field of one spec of car is a lot more interesting than the multi-class racing.

You had a test of the Audi LMP1 in 2015. If you’d made it to the outright class in WEC, would this be a different conversation?

That was great, but at the end of the day there’s three different manufacturers running two or three cars each, so there’s not even 10 cars.

It’s not the cut-throat, competitive racing that you get in Supercars.

In a prototype you can be in a car that’s got 100kg more downforce or more power or whatever.

If you win, that’s cool, but is it really that satisfying in terms of your execution as a driver?

Obviously it’d be great but I’d still rather be in the middle of a Supercar race running wheel-to-wheel. I much prefer this style of racing.