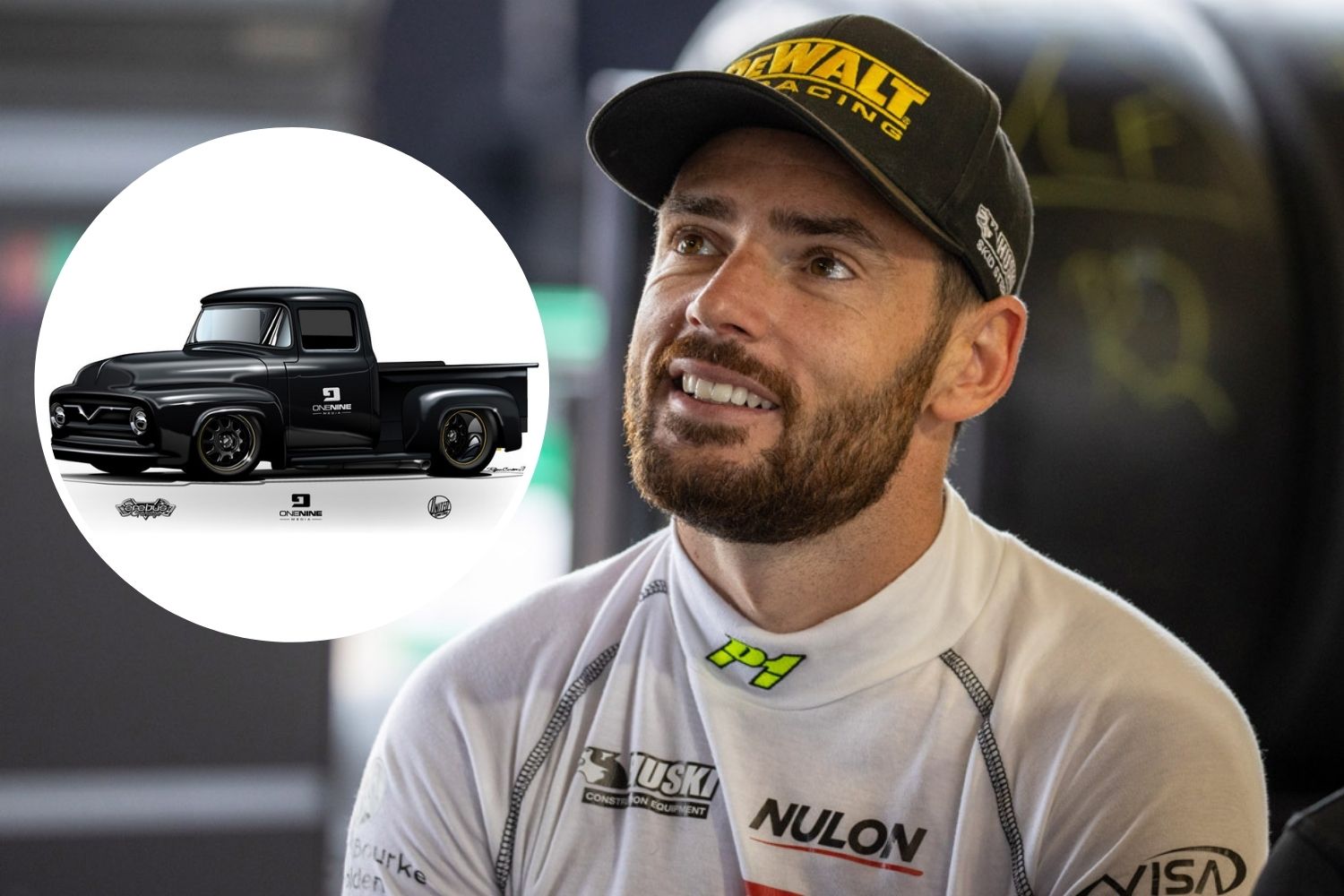 Team 18 driver Scott Pye has given fans another sneak peek of his latest passion project, a full restoration of a 1956 F100 truck.

While a Holden driver in the Repco Supercars Championship, Pye purchased the Ford to be used as a shop truck for his business One Nine Media.

Releasing renders to his social media accounts last week, the truck is being built by Erebus Garage the streetcar arm of Melbourne’s Erebus Motorsport.

Images showing the flatbed truck in matte black paint, his new daily driver set to be used as a shop truck for his business One Nine Media.

“I’m obsessed with it, I love the thing and I can’t wait until it’s done, but these things are a long process,” said Pye.

“I’m getting the experts to do it, Erebus Garage is doing the build and James White is leading the program, he does a lot of manufacturing for the race team.

“He is an absolute guru, and he oversees the entire project. I’m just coming in with my wish list and seeing where we can take it from there.”

Growing up with his dad being a long-term Ford fan, Pye admitted he couldn’t bring himself to purchase a Chevrolet and opted for the 1956 Ford.

Excited by the brands and partners who have jumped on board the project, the truck will feature hardware like a 5.0-litre Coyote engine, Pedders suspension with big brakes; along a heavily updated chassis; with plenty of attitude.

“A lot of really cool partners have jumped on board, I’m really lucky,” said Pye.

“United Speed shop did the drawing of the render that everyone saw they are supplying a lot of the running gear and Pedders brakes and suspension which is unbelievable.

“My dad has always been Ford even though I drive Holden, I couldn’t bring myself to buy a Chev10, I really liked the 1956 model.

“It is a tribute to my dad, I lost him when I was younger, and I thought this is something he would have loved to have worked on and enjoyed with me, so I went for the Ford.

“There’s probably plenty of Holden fans out there that might not be thrilled by that, there’s a bit of a twist there, but I love thing.”

Hoping to get the completed truck to a track in the future, Pye admitted he is keen to get the fans involved, perhaps auctioning off an opportunity to drive the restored Ford.

“Hopefully we can get it to Bathurst,” Pye said.

“I would love to auction off the chance to drive and donate the funds to Feel the Magic.

“It would be so cool to see a fan drive it around and support a charity that I’m an ambassador for.”