A broken anti-roll bar in Race 19 ended an otherwise strong weekend for Scott Pye at the WD-40 Townsville SuperSprint.

Pye recorded a season-best result in Sunday's opener, climbing from outside the top 10 to finish sixth.

It came after the Team 18 driver raced to seventh in Race 17 on Saturday, having started 18th.

It was a topsy turvy weekend for Pye, who after topping the sole practice session, battled for one-lap pace in qualifying.

Like it did in Townsville in 2020, however, Pye's car came alive in the races as he passed 11 cars on Saturday and five in Sunday’s first 39-lap dash.

In a bittersweet finish to the weekend, though, Pye suffered a broken anti-roll bar during the first stint in Race 19.

"I’m really disappointed after the last race. We had a front anti-roll bar break early in the race which was a real shame," said Pye, who crossed the line 18th.

"We probably had our best car all weekend, so we were carving through the field and then ‘snap’, the front roll-bar broke, but we hung in there as best we could.

"We were able to stay with the field pretty much until our tyres started to fade and then after the pit stop, we tried to fix it and that put ourselves to the rear of the field. 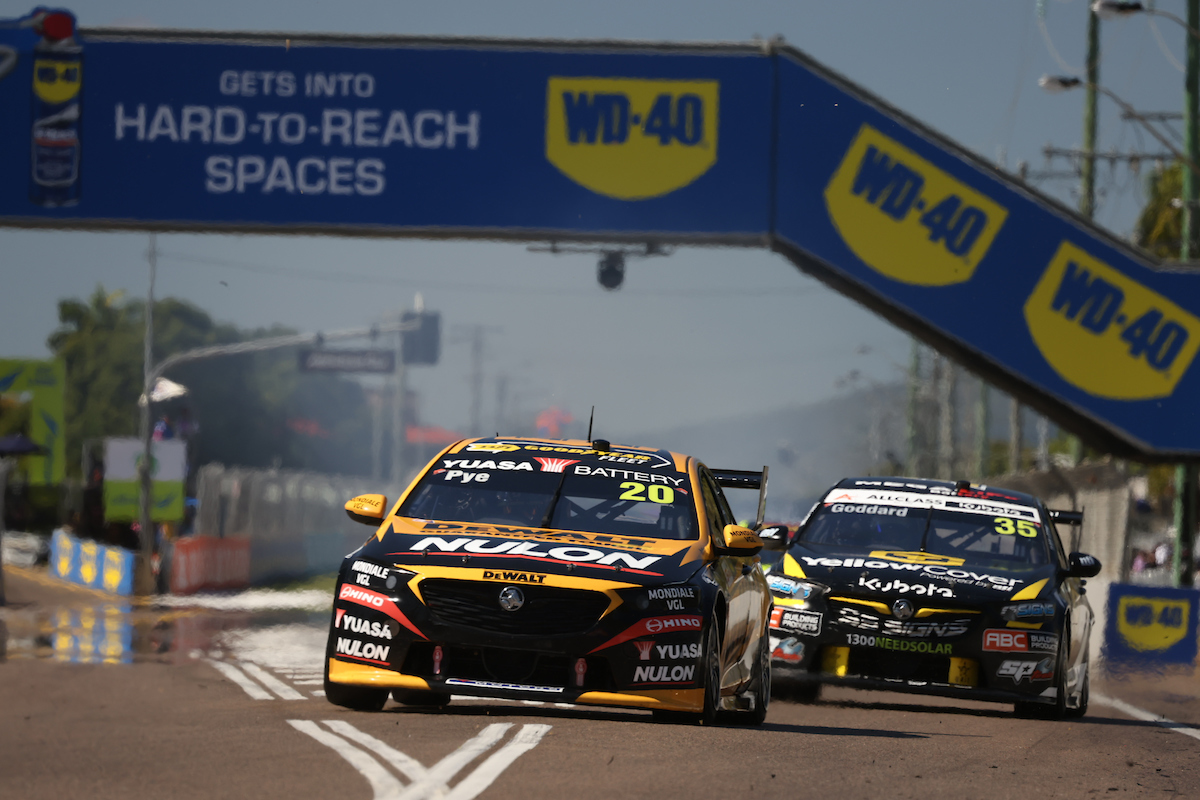 "We were hoping it had just disconnected but it actually snapped, so that put us out of the race, but we still finished down in 18th."

The strong results from Pye across the opening two races saw him move up to 13th in the standings.

"It was a great result that went missing today, but we did get sixth in the first race," Pye added.

"To get sixth today after seventh yesterday shows great progress and we would have had another top five or six result if we didn’t have that mechanical failure.

"The boys have done an amazing job to give me a rocket of a car after what has been a pretty tough last few events."