Scott Pye has opened up about a life-changing moment from his childhood, posting a photo of him after a near fatal car accident.

Involved in a horrifying car crash when he was 13 years old, the post shows Pye recovering in hospital with extensive injuries to both his legs.

Another photo shows the full extent of the damage his families’ four-wheel drive sustained in the crash, with the bonnet peeled back to the rear passenger-side door.

Currently in lockdown in Melbourne, the Team 18 driver shared the photos via his Instagram account on Tuesday.

Explaining the physical and mental challenges he faced as a child, the DEWALT Racing driver directed his message to parents with children experiencing the hardship of extended lockdowns.

“I was 13, almost died and since that day can’t do many of the things I did before,” the post reads.

“This was still the best thing that has happened to me, I learnt to never take anything for granted and after months in the Children’s Hospital I learnt that life is short.

“I learnt that there is always someone doing it tougher. It doesn’t make what you’re dealing with easier or any less significant, but it does give you perspective and strength that you can get through this. 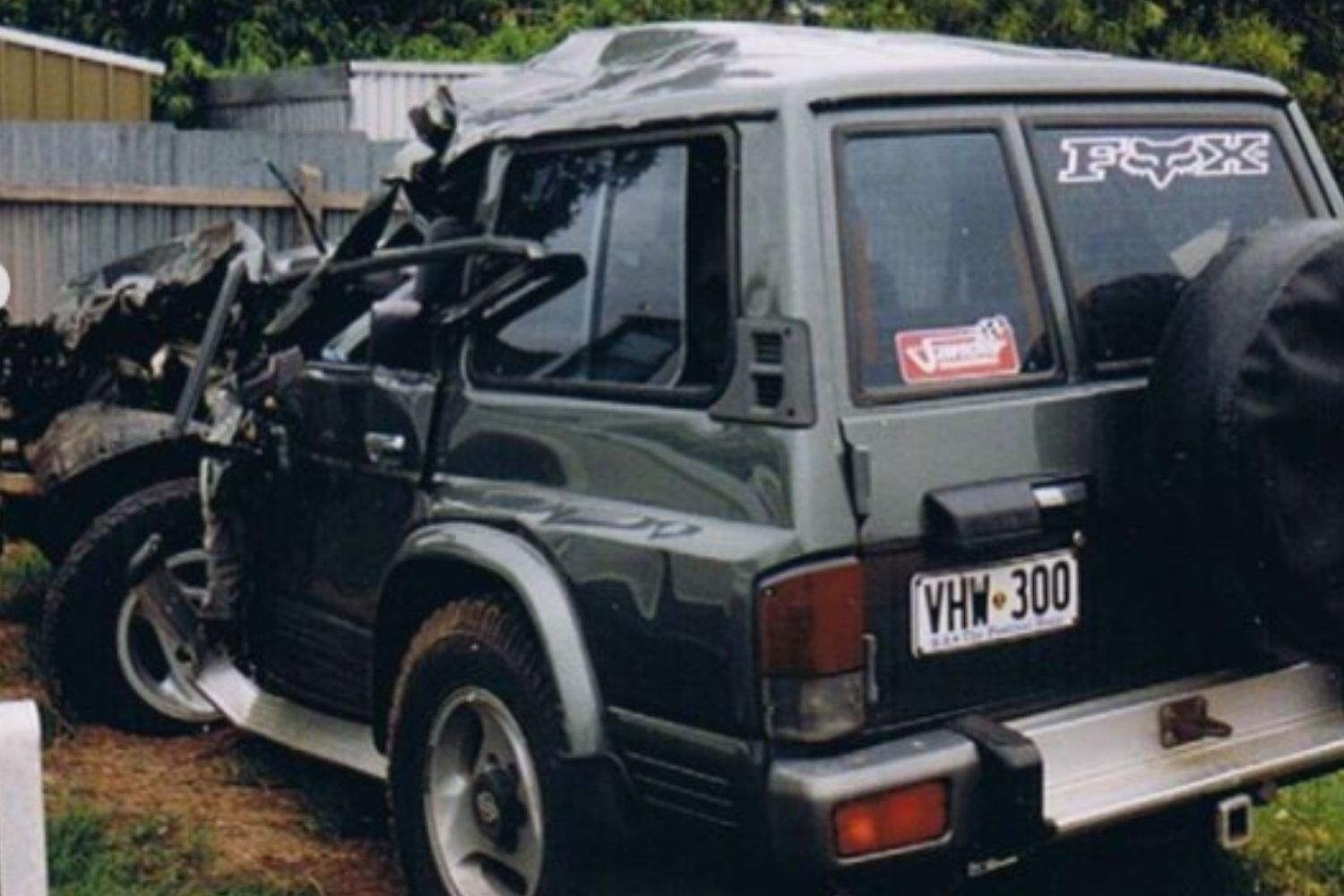 “My parents had to watch me in pain and miss almost a year of school, I missed my friends, I was in a wheelchair so couldn’t play with any of my usual friends and often lost the friends I had before because life was different.

“I’m not a parent but I guess what I’m saying is it might seem like this is really damaging kids, but it could very much be the best thing that could happen to them.

“Stay strong around them, stay positive and they can do anything.”

A number of drivers including 2019 Bathurst 1000 wildcard, IndyCar's James Hinchcliffe, have responded to the post at the time of publishing.