Pye's future to be determined

Pye’s future to be determined

Pye's future to be determined 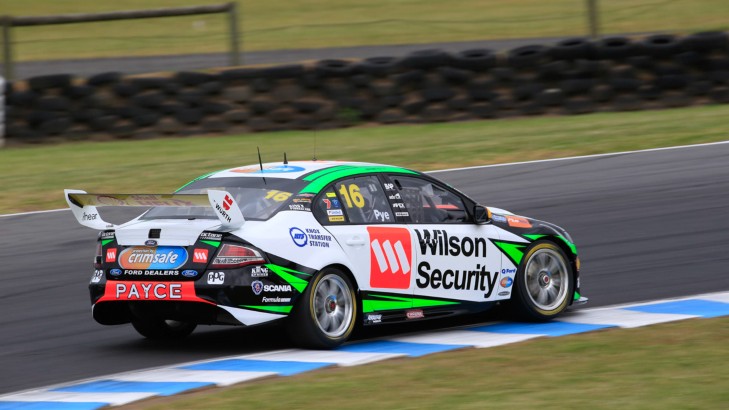 Young gun Scott Pye's racing future hangs in the balance as DJR Team Penske continues to hunt for backing to run a second car alongside Marcos Ambrose in 2015.

There is a very real chance the 23-year old will miss out on a drive in the Championship, despite having a contract with Dick Johnson Racing for 2015.

DJR transfers into DJR Team Penske from January 1, with US racing mogul Roger Penske assuming ownership - and he is only guaranteeing funding for Marcos Ambrose, who returns to V8 Supercars next year after a nine-year NASCAR campaign in the USA.

While the sponsorship search continues for both cars, New Zealand team Super Black Racing has enquired about leasing the DJR REC currently underpinning Pye's entry for the FPR Falcon it wants to run in the Championship next year for Andre Heimgartner.

While Pye was staying quiet about the whole scenario at Phillip Island over the weekend, his manager Roland Dane (and Triple Eight team owner) was clearly watching the situation closely.

He said Pye driving for DJR Team Penske in 2015 would be "ideal".

"Scotty has proved he is worthy of a full-time drive, he has a contract with DJR and Steve Brabeck [DJR co-owner] is one of the most proper guys I know," Dane told v8supercars.com.au.

"I know he will do the right thing by Scotty so we will see what happens."

A DJR spokesperson told v8supercars.com.au that the team was focused on preparations for Ambrose's upcoming ride day and test sesisons and his wild card entry into the Sydney NRMA 500.

Veteran money-hunter John Crennan is leading the search for sponsorship and that exercise is not expected to be sorted out until after the season is completed.

"There's always a bit of chatter - we are well used to that!" said the spokesperson.

"We are working pretty hard on pulling everything together right now, as we have been for a while, there's really nothing new to add at this stage."

The question marks over Pye are the latest addition to what has been an unexpectedly intriguing driver market.

Pye was thought to be a chance for the second Volvo seat for some time, but David Wall appears certain to accompany the Wilson Security sponsorship money to that team. An announcement confirming that could come as soon as this week.

Other drivers on the hunt for a main game seat with backing include New Zealander Chris Pither, Victorian Tim Blanchard and the rising FPR-backed star Cameron Waters.

If Pye is confirmed with DJR Team Penske, Super Black certainly has other options for a REC to lease.

For instance the RECs handed in by LDM, Dean Fiore and the D'Albertos after the 2013 season have now been returned to them, as part of the restructured team owners agreement formulated on the Gold Coast.

While the D'Albertos want to use their REC to underpin a car for Tony D'Alberto at Tekno Autosports, both the LDM and Fiore RECs could be available for Super Black.

The other question mark for Super Black is just where its campaign is based and just how closely it can be linked to Prodrive Racing Australia.

Individual entities such as PRA are allowed to run a maximum of four entries and the initial plan for Super Black to base itself out of a facility adjacent to its Campbellfield HQ was judged to contravene that, because it would have constituted a fifth entry on top of the two FPR cars, and Rod Nash Racing and CS Racing entries.

It is understood Super Black could now be considering setting up at Paul Morris' Norwell facility on the Gold Coast.

While DJR has a technical alliance with FPR, it is a standalone team with its own staff and does not run identical machinery to the factory Ford team.

Return of the Super Top