Scott Pye fired the first shot of the WD-40 Townsville SuperSprint weekend with the only 1:12s lap in practice.

The Team 18 driver shot to the top with just over five minutes remaining, with his time holding firm for the remainder of the 45-minute session.

It marked a key confidence boost for Pye, who was luckless last weekend in last weekend's 250km races at Reid Park.

Pye led the times ahead of Anton De Pasquale, James Courtney and series leader Shane van Gisbergen, with the top 10 covered by 0.51s.

Todd Hazelwood was first to break into the 1:13s bracket, before Zane Goddard moved to the top on a 1:13.882s.

Goddard’s time was then lowered by the 1:13.537s set by David Reynolds, who topped last week’s opening practice sessions.

Van Gisbergen moved into second, with his journey towards the top featuring a minor run-in with Courtney at Turn 2. 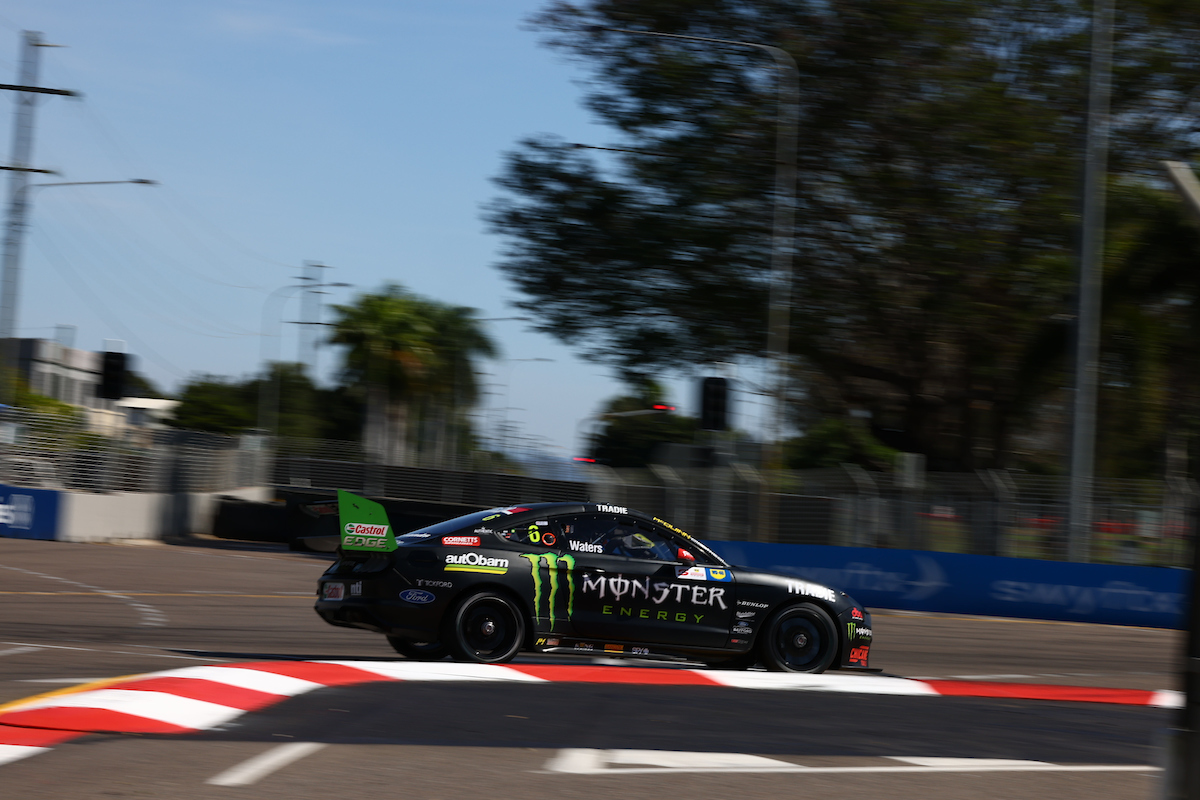 Reynolds was then displaced by Cameron Waters, who vaulted to P1 with a 1:13.417s.

With 30 minutes remaining, De Pasquale, who was third in both races last weekend, moved to second behind Waters with a 1:13.482s.

Through the midway point of the 45-minute hitout, which was the only practice session of the weekend, several teams opted for set-up and component changes.

Van Gisbergen returned to the circuit for a second run, but made an error at the final corner and failed to improve on his time. 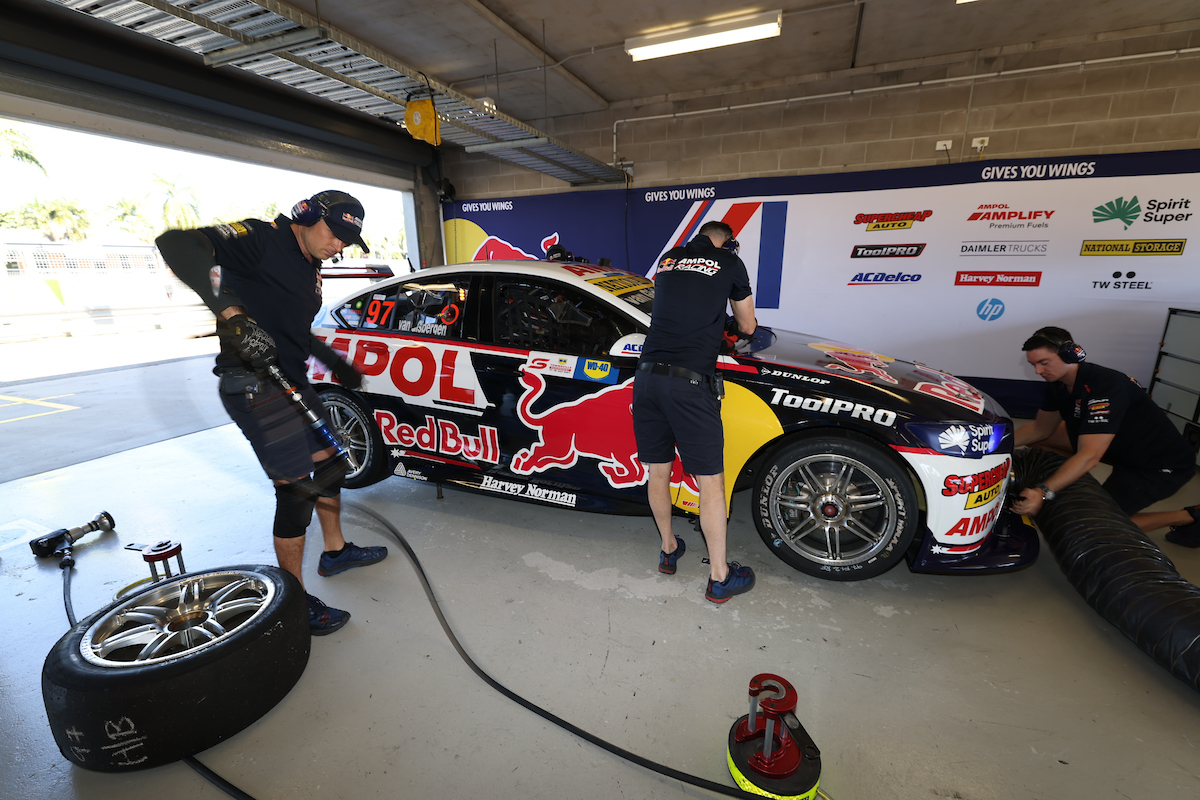 Neither did Waters, who aborted his second flying lap and returned to the lane.

Such was the discontent in pit lane regarding set-up on the evolving track, that only Le Brocq and Garry Jacobson were circulating with 23 minutes remaining.

Several changes to the #18 IRWIN Racing entry aided Mark Winterbottom’s efforts, who moved from last to 13th with 17 minutes remaining.

Percat kicked off the fast runs, moving from 10th to third, before Brad Jones Racing teammate Hazelwood vaulted from seventh to fourth.

Van Gisbergen improved from eighth to sixth, 0.189s behind Waters, whose time set in the 10th minute remained the benchmark. 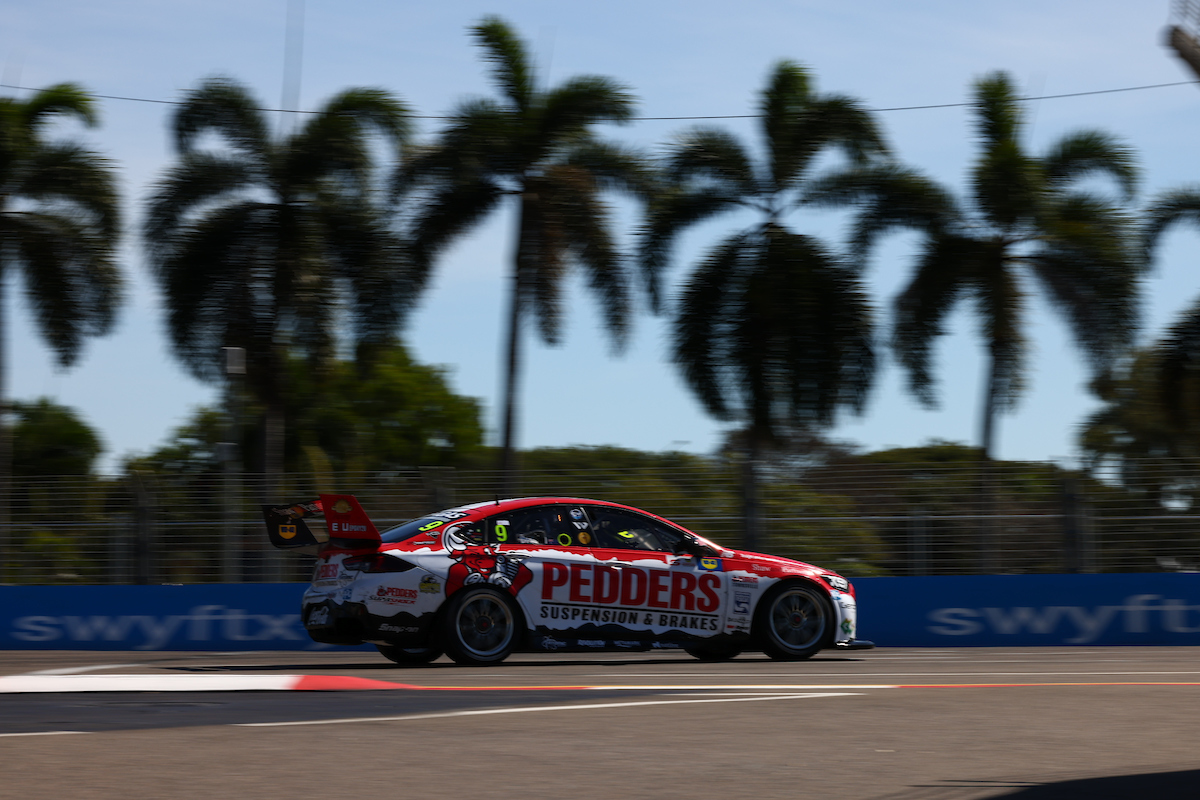 With just over five minutes remaining, Pye raised eyebrows with the first lap in the 1:12s bracket, set on green tyres.

Pye, who suffered dual disappointments in last weekend's races, wiped over 0.4s off Brown's time with a 1:12.933s.

De Pasquale then slotted into second, albeit 0.165s down.

Both Red Bull Ampol Racing entries rolled out for a final run with three minutes remaining on used tyres.

Tickford Racing duo Courtney and Le Brocq moved up to third and fourth on green tyres, before the latter was displaced by van Gisbergen.