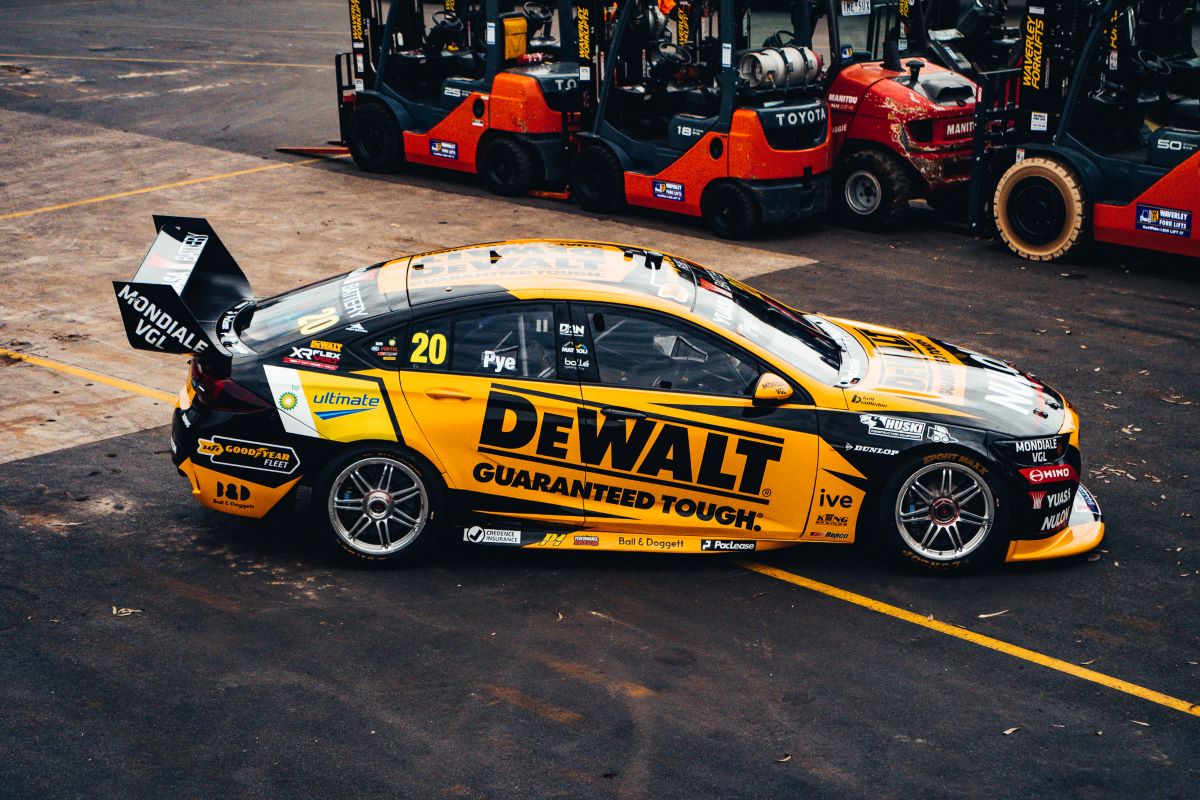 Scott Pye will carry additional branding aboard his Dewalt Racing Supercar in the upcoming Sydney quadruple-header.

Dewalt Racing will carry the brand's 'Guaranteed Tough' mantra at the Bunnings Trade Sydney SuperNight, which will commence on October 29.

The tagline will be emblazoned across the sides, bonnet and boot-lid of the #20 Dewalt Racing Holden Commodore for the four events at Sydney Motorsport Park, which will be headlined by four night races.

It comes as Team 18 prepares for a test day at Winton Motor Raceway on Tuesday, with Bathurst 1000 co-driver James Golding set to spend time behind the wheel of Pye's Supercar.

Pye’s race engineer Phil Keed will be absent from the test day due to travel restrictions from Queensland but will join the team in Sydney later this month.

Team 18’s Head of Engineering Richard Hollway, will step in to engineer the car for the test day.

Pye, who is placed 13th in the standings, is delighted with the car's updated look.

"Guaranteed Tough encapsulates everything that we focus on as a race team," Pye said. 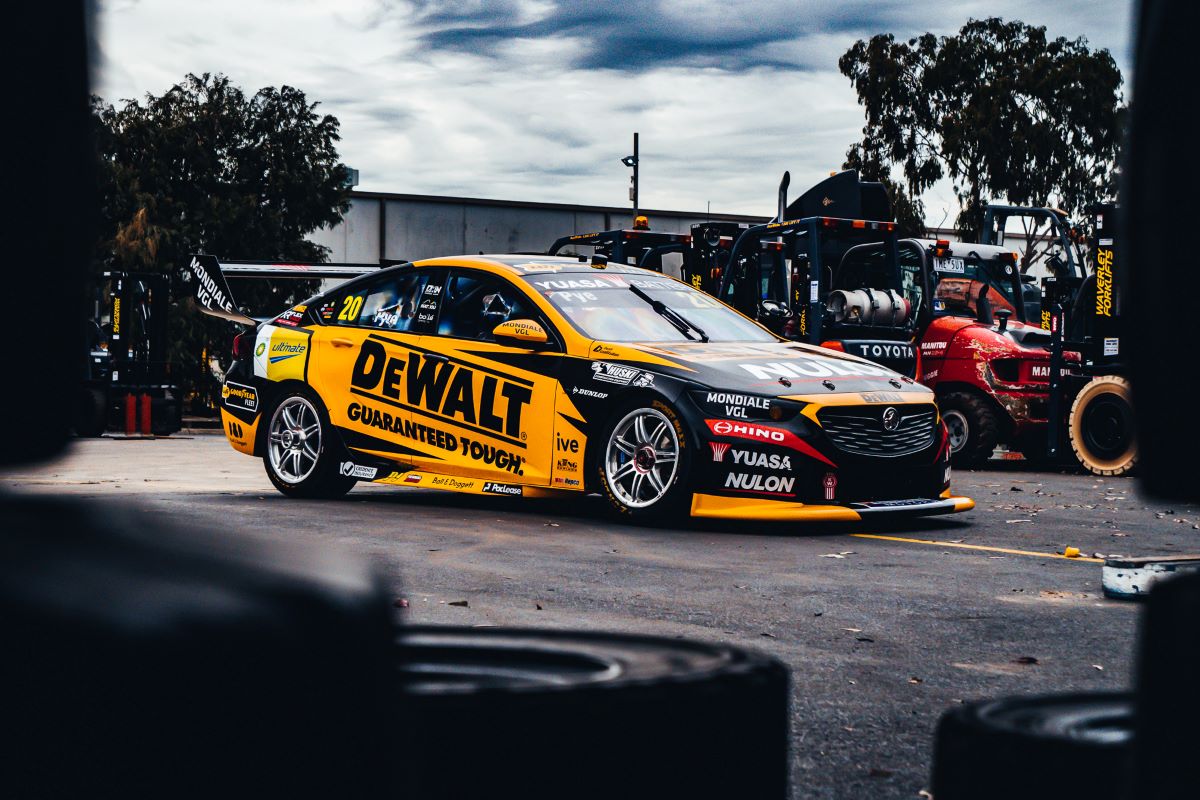 "From physical toughness, to mental toughness, and to our continuous pursuit of innovation - these attributes all contribute to success on the race track, so we’re excited to celebrate that theme with Dewalt when we get back on track in Sydney.

"Our season so far has been up and down, we’ve had good car speed in the last few events, so it was great going into the break knowing the speed we’ve got.

"The team is as excited as I am to get back on track and capitalise on the pace we have and our learnings up to this stage in the season.

"Our test day will provide a great chance to dust off the cobwebs and put some of those learnings to the test before we get to Sydney.

"Phil [Keed] and Crusty [Hollway] have put together a comprehensive plan for the day, and while we won’t have Phil at the track he’ll be closely involved in the day and across everything we do before he’s back with us in Sydney. 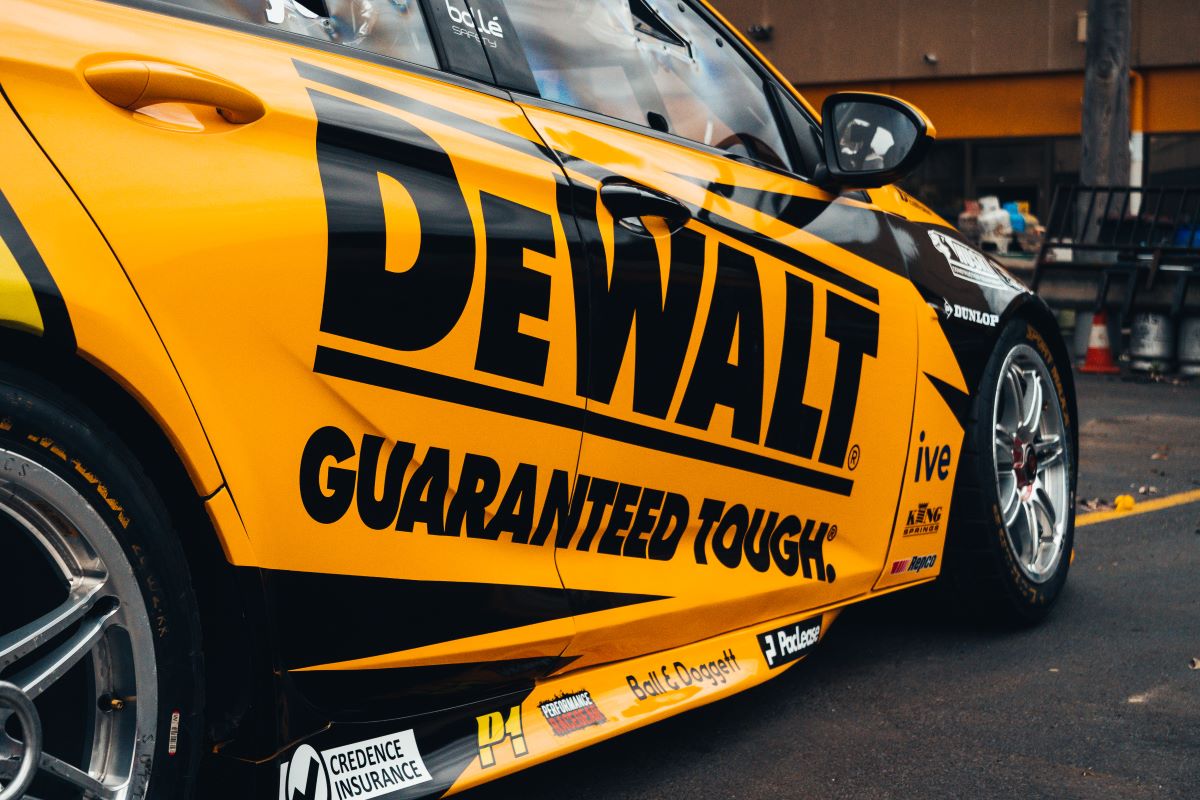 "This will also be a crucial day as we get ready for the Bathurst 1000, so we’ll focus on making sure both James [Golding] and myself are happy with the car and working well with the team."

Stanley Black & Decker Marketing Director, Daniel Keyse, added: "Dewalt prides itself on delivering the toughest tools for the toughest jobs, and what better place to showcase our Guaranteed Tough campaign than on track in one of the toughest touring car championships in the world.

"We use our Supercars program to tell the story of Dewalt to our customers all over Australia, and we look forward to seeing how Scott Pye and the Dewalt Racing team perform in the closing stages of the season."