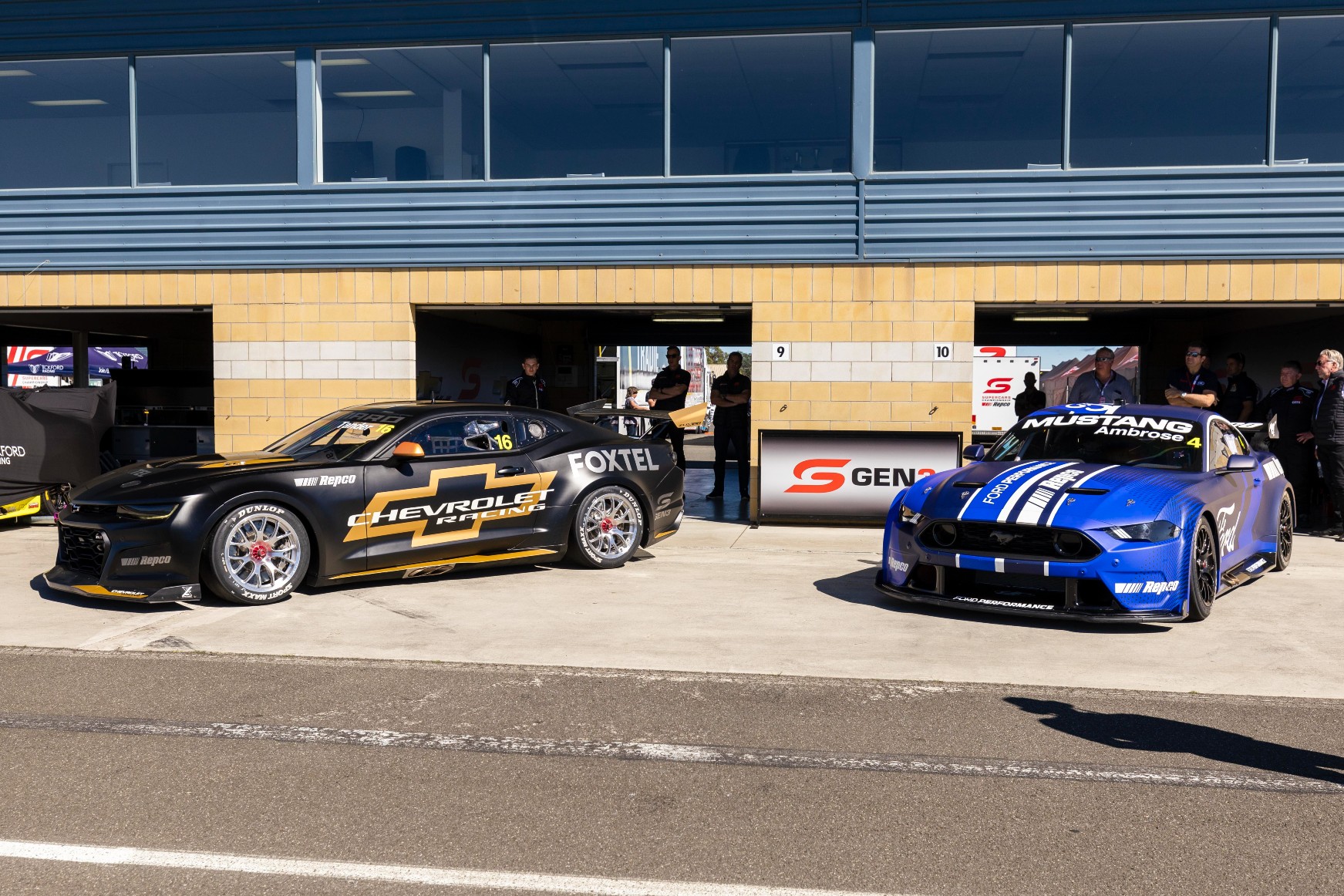 Scott Pye was impressed after his first taste of running the Gen3 prototypes in dirty air.

To date, the focus of Gen3 testing has been centred on putting mileage on the cars.

The high-speed Phillip Island circuit provided a solid testing ground to gauge the aerodynamic performance of the cars.

Pye took the reins of the Camaro on Tuesday, and completed close running in front and behind the Mustang.

Speaking afterwards, the Team 18 driver was impressed by the outcomes.

"It was a great opportunity to try the Gen3 Camaro," said Pye, who cut his first Gen3 laps in anger.

"Not just at any track but to do it at Phillip Island was very cool.

"It’s obviously low downforce, plenty of grunt it moves around a lot.

"It was good as well to get some close running in front and behind the Mustang to see how the cars handle in dirty air and first impressions are quite good.

"I think they are a car that will encourage some good, close and hard racing and fundamentally everything is there that we need right now.

"It’s in a good place and I can’t wait to see where the next few months in development take it.”

The more circuits the cars will visit, the more mileage will be logged and data collected.

"I think what Supercars has done so far has been fantastic," Pye said.

"Reliability for me on the day was great, I got plenty of laps in so all-in-all I came away pretty happy with where it’s at.

"I look forward to testing it again prior to the series’ commencement next year.

"The biggest thing for them is putting mileage on the car, running the car as much as they can to life some of the things and try and see if there are any reliability issues.

"It was a big day with plenty of running and they have a testing program they wanted to run through, and they got through it all, it was quite a big day.”

The 2022 season will continue at Wanneroo Raceway later this month.

The Formula 1 stars who drove Supercars

Hazelwood: 10th in the points 'no surprise'

How Cauchi has rejuvenated Grove Racing

Analysis: SVG's charge from 23rd to the podium