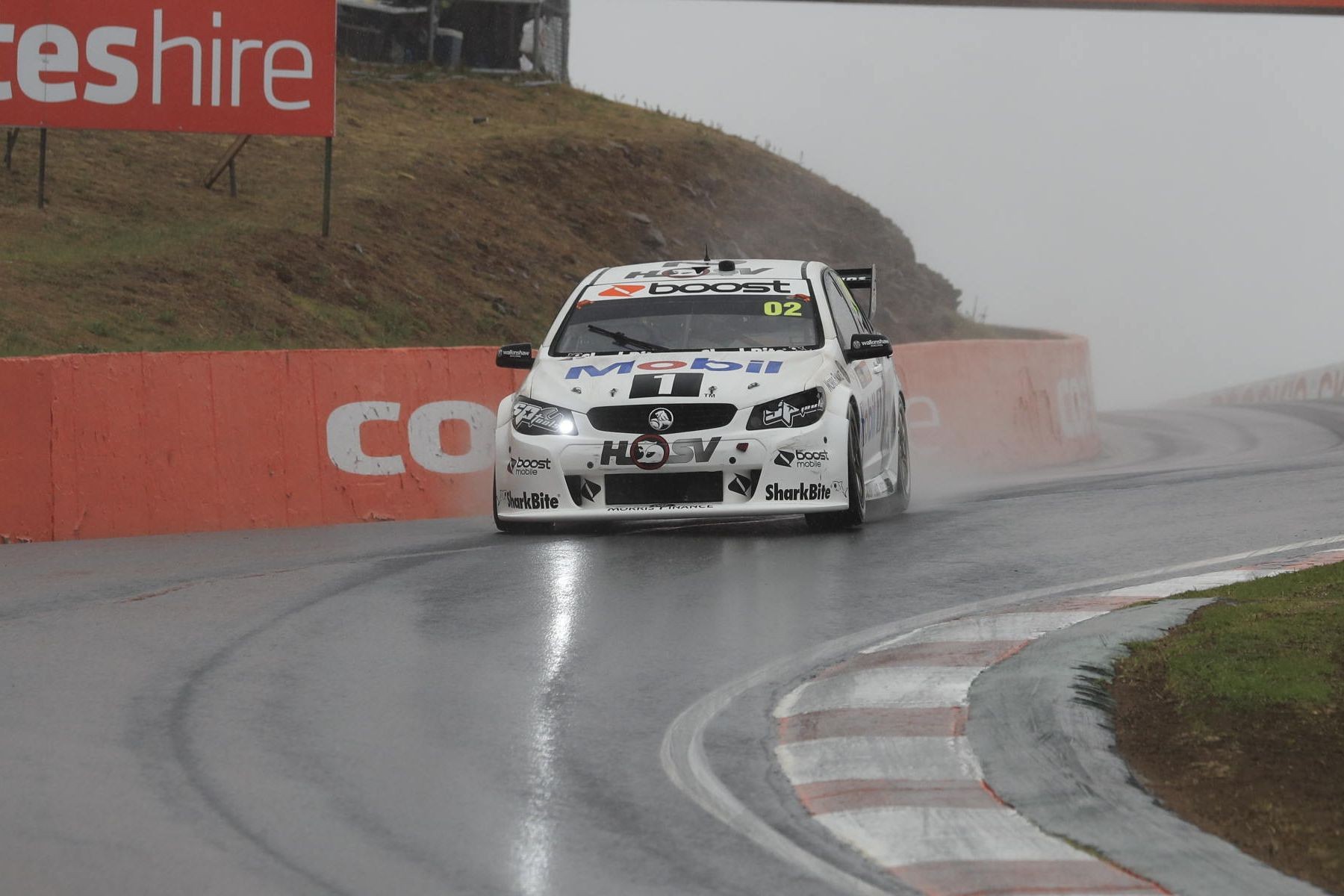 Luff was the only co-driver to start the Supercheap Auto Bathurst 1000 in wet conditions, but gained five places on the opening lap to sit 15th.

He was up to 11th by the time the first car ahead pitted on lap 16, and by the end of the pitstop cycle 10 laps later Pye was starting his first stint in sixth.

“The conditions were crazy, and full credit to Luffy,” Pye said of his co-driver, who has recorded four podiums from his last five Bathurst starts.

“We talked about it [on Saturday], I think. We looked at last year’s race, most guys started mains and we wanted to do something a bit different.

“We chatted about it, we thought that taking that risk would be worth it. And we didn’t think it was much of a risk to be honest.

“We looked at how competitive he was on the times throughout practice and with it being wet we thought the field was going to stay pretty close.

“He had a good start and he made 10 places and I got in and it was a lot easier from there than 20th, so it ended up being a pretty good decision.

“It was really just made possible because we were confident enough to do it.

“And that was really from Sandown to here. Overall, it wasn’t really much of a decision.” 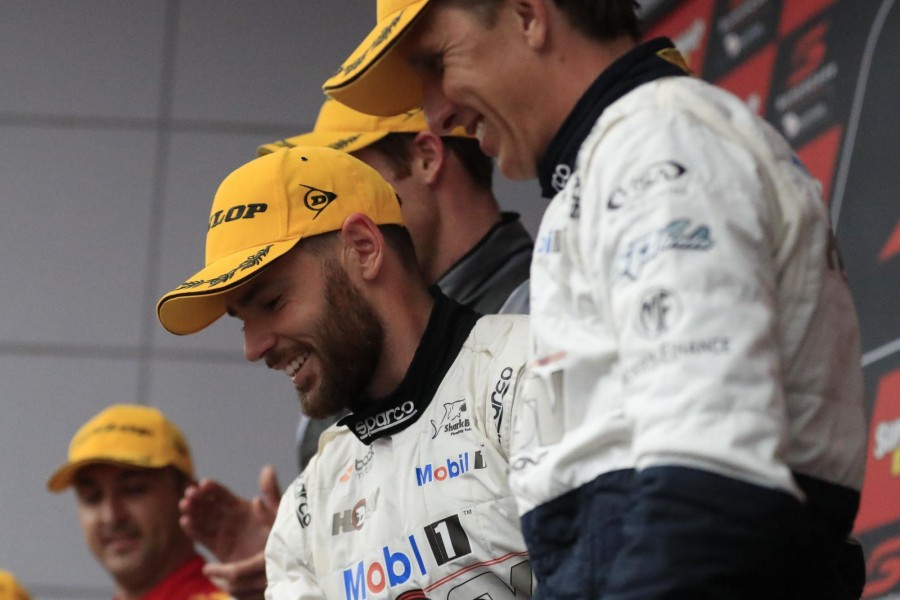 Fifth turned into third for Pye after Shane van Gisbergen and Garth Tander went off coming back to the lap 144 restart, with Pye then putting a move on Nick Percat for second at Reid Park on lap 147.

“There has been times in the past, which I have probably learnt from, where I maybe should have capitalised at a certain point and I didn’t and then it ended up being a podium result that went missing because I probably didn’t take a risk at that point,” Pye said.

“It is Bathurst and I didn’t know what Dave’s pace was going to be like and at that point I wanted to be pretty aggressive.

“To have a result potentially on the line, I went for it. It was down to the tree [at Reid Park] so it was probably pretty hairy, I don’t know if he tagged me or not but obviously I just caught it.

“So it was pretty lucky but I came out the other side and had a smile on my face.”

The team’s Boost-liveried Commodore of James Courtney and Jack Perkins crashed out of contention on lap 140 at Reid Park, classified 19th after repairs.

Courtney was running 12th at the time, just behind eventual third-place finisher Fabian Coulthard and on the same strategy.

“I’m devastated for the team for it to end like it did,” Courtney said.

“They did a great job all week, to get us in the Shootout and then all day. We had the fuel advantage, but it came undone over the top.

“Jack did a great job as well, he didn’t put a foot wrong. I’m proud of him.”