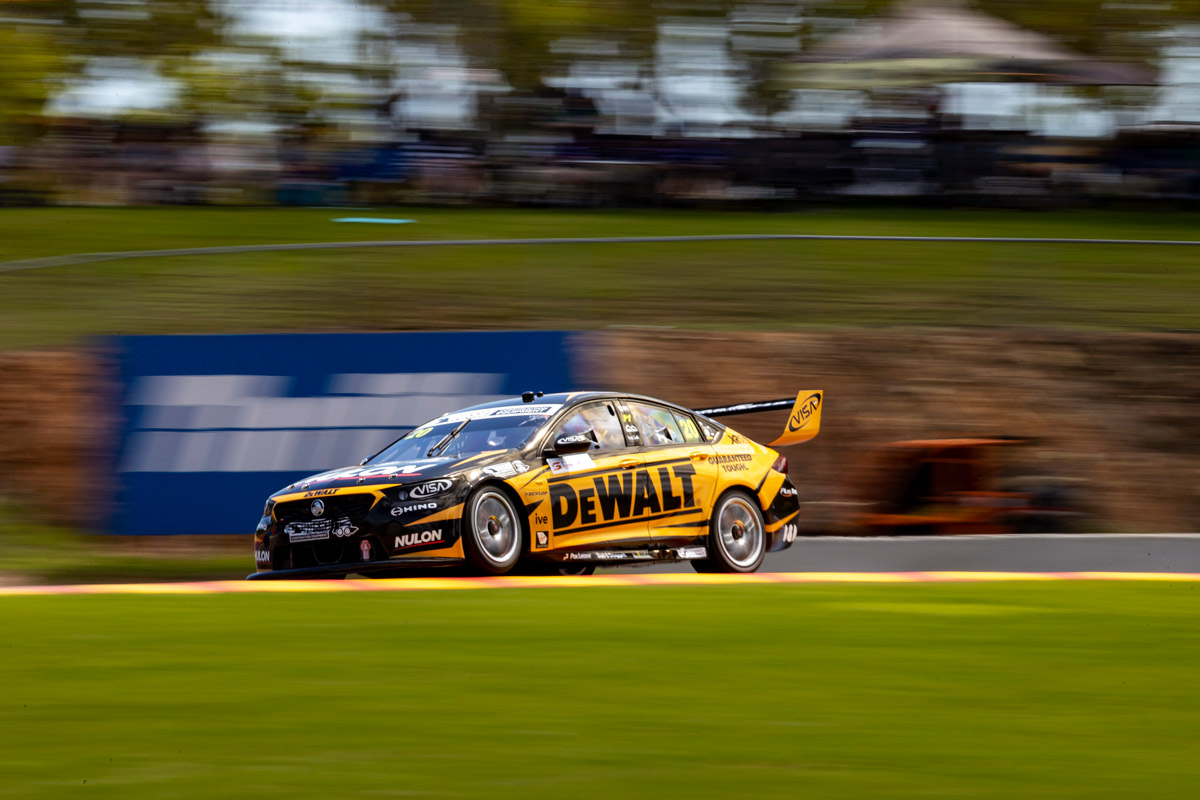 The second consecutive event at Darwin’s Hidden Valley Raceway marks a first for drivers, returning to the same venue they raced on last weekend.

This time around the entire event will be run on soft compound tyres, meaning teams don't need to find a setup compromise with the harder rubber.

Tickford Racing’s Cameron Waters set the pace for much of the 30-minute session thanks to an early 1:06.6253s.

A flurry of quick times in the dying seconds ended with Pye fastest on 1:06.2401s, 0.1021s ahead of Walkinshaw Andretti United’s Fullwood.

The result comes exactly a week after Pye scored Team 18’s first podium since venturing out on its own in 2016.

“The most promising thing was not only the last lap, but what our pace was like on the used tyre,” said Pye, whose time was 0.5s quicker than the corresponding session last week.

“There’s plenty to come from me and a bit of tuning with the car too. I think we’re in good stead.”

Fullwood had struggled at his first crack on home soil last weekend, adding: “I think we’ve just really tuned the driver up.

“It’s really hard with the short gap between the sessions, it makes it really hard for rookies like myself. We don’t really have a lot of data to go off and sit down and go through it.

“I was really weak in a few parts last weekend and after revising it this week, watching a lot of Chaz [Mostert]’s video, I felt a lot better.”

Tickford duo Lee Holdsworth and Waters ended up third and fourth, with the Monster Energy-backed driver among those to improve late.

Noted McLaughlin: “The track is definitely a bit better, there’s obviously a bit more rubber on it than this time last week.

“We’re trying to use that to our advantage a little bit and learn the car a bit faster than we could last week.

“We did a number of changes then and I feel like we’ve got a really good balance.”

Rookies Zane Goddard and Jack Smith both had minor issues; the former pitting early with a flapping right-front door and the latter spinning at Turn 6.

The morning's dedicated rookie session had been topped by Garry Jacobson ahead of Fullwood and Team Sydney's Chris Pither.

A second 30-minute, full-field practice session will take place before ARMOR ALL Qualifying.