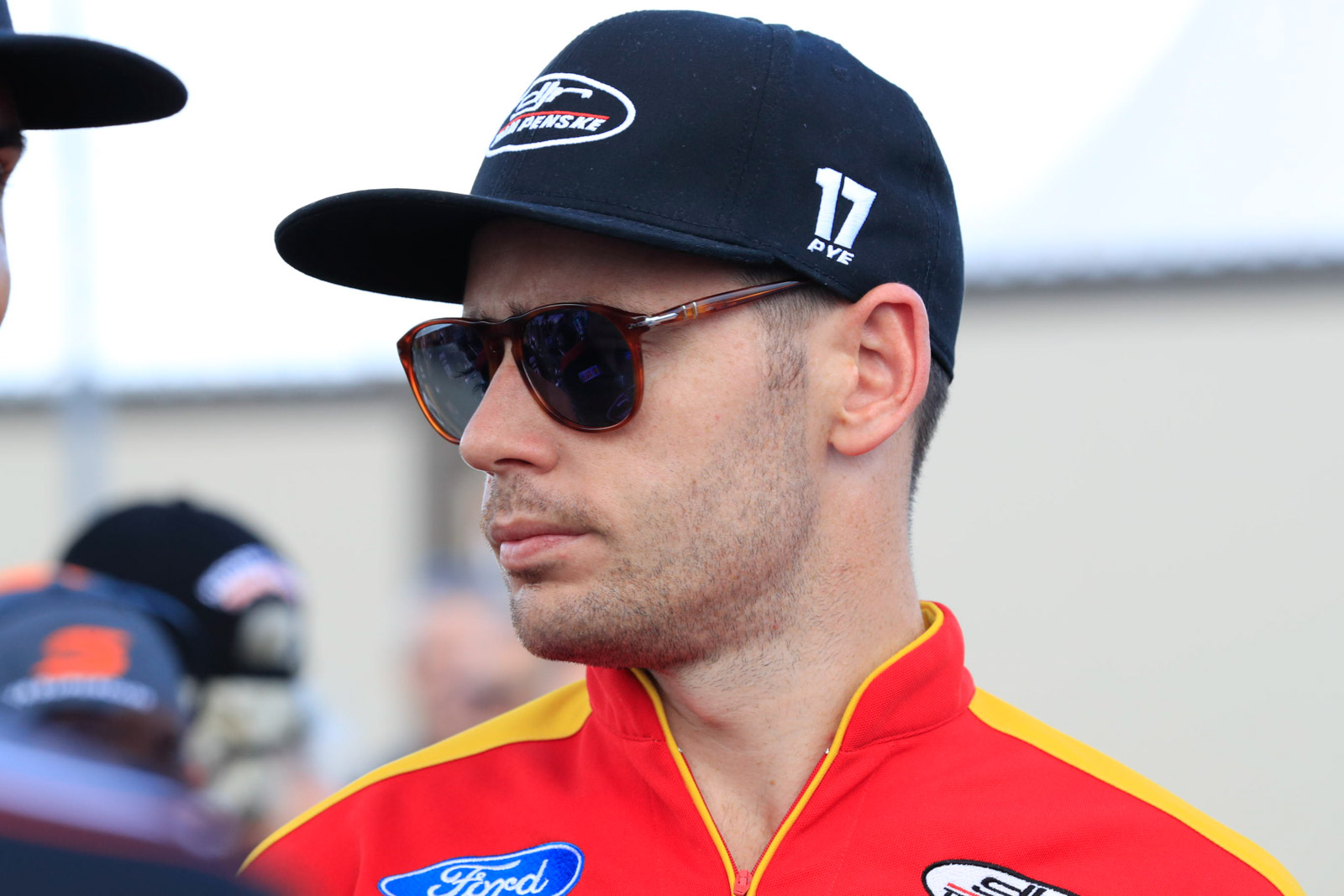 A focussed Scott Pye is intent on maximising his qualifying and race result after making this afternoon’s ARMOR ALL Top 10 Shootout at the Castrol EDGE Townsville 400.

Pye, who will make way for star signing Scott McLaughlin at DJR Team Penske in 2017, is determined to let his driving do the talking as he chases a new seat for next year.

He has refused multiple media request for interviews about the decision to replace him with McLaughlin, insisting he is looking forward not back.

“My focus is better than ever,” Pye told supercars.com after qualifying ninth for the shootout in his Shell Helix Ford Falcon FG X.

“I have one goal in mind and that’s to try and win races now.

“I am excited about the future.”

Pye has raced for three different teams since graduating second from the 2012 Dunlop Series behind McLaughlin and he says the experience of that previous career uncertainly is helping him now.

“To be honest since 2012 I have had the exact same thing happen every year.

“I am pretty excited about racing the car in the Shell Helix colours. That’s my favourite and I am just enjoying it at the moment.”

The 26-year old scored DJR Team Penske’s first pole position in Shell Helix colours at the Clipsal 500 this year and has since backed up with four more top 10 grid spots and one podium finish. He also made the shoot-out at the Clipsal 500.

Yesterday he qualified only 21st and finished 18th in the 200km Race 14. He runs 17th in the championship.

Teammate Fabian Coulthard was 10th in qualifying and eighth in the racing. Pye is ahead of Coulthard today, the New Zealander qualifying 19th.

“Obviously it shows how important it is to have a good car,” Pye said.

“You can be 21st one day and towards the front the next.

“It’s a tough round because there were only the two 40 minute practices and we were probably a session behind.

“When you start your race down in P21 it’s difficult to move forward and I didn’t think our car was that competitive yesterday.

“For sure today the engineers are working pretty closely together and we have two cars back on the same page and I am really happy with what I have got.”

Pye admitted he had surprised himself making the shootout.

“The funny thing is the lap times were a lot slower then so I felt like I was struggling just as much as yesterday, but it looks like everyone else was too.

“I would like to get around the top five or eight in the shootout. Anything can happen in the shoot-out and I am going to try and put it on the line and see what we have got.

“You make a small mistake and you end up down the back, but this time we are guaranteed to be in the 10.

“If I can do the same in the race and be top five to eight, I feel like that is where our car is at the moment and that would be extracting the best from what we have got.”