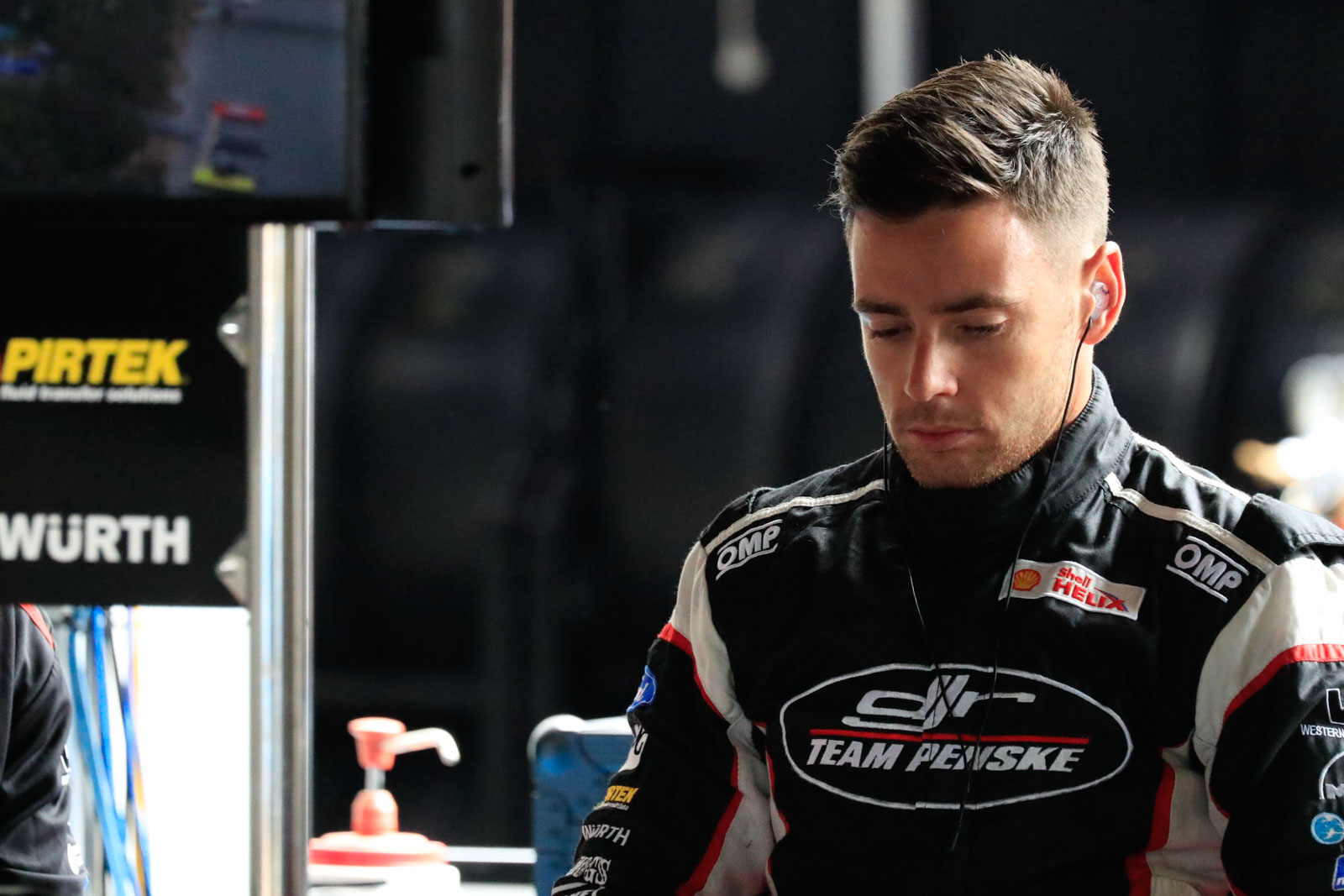 Scott Pye was disappointed to learn he would not get a run at DJR Team Penske’s final test for 2016 tomorrow, with one round remaining in the season.

Given he is moving on to Walkinshaw Racing next year, Pye will be replaced by co-driver Tony D’Alberto for tomorrow’s test at Queensland Raceway, which DJR Team Penske is using to evaluate not only for Sydney but for 2017.

Team boss Ryan Story said holding onto the day for the end of the season was just a matter of waiting until there was something to test.

Pye tweeted earlier today that it would be “Strange not to be behind the wheel” and was disappointed given he’s as focused as ever on delivering the team’s first win at his last round with them next month in Sydney.

“I’m really disappointed not to be doing the test day,” Pye told supercars.com.

“Not actually using all those minimum days is very disappointing. Obviously I still want to win the first race for this team before I leave and I’d like to have every opportunity to do that. This test day would obviously help in that.”

Pye said he understood the team may want to keep some developments under wraps as he prepares to join a new team, but is concerned about being disadvantaged heading to Homebush.

“The timing is strange because you can still do the test day after the last event. Going into the last event I’d like to think I’ve been given an opportunity to get a result. In the lead up I’m still working just as hard as ever,” he said.

“The hard thing to accept is we only get very limited testing as it is. The fact that I haven’t been allowed to use all my test days this year has made things very difficult and I’m still focused on Homebush. Until that event is over my focus does not switch to 2017. From my point of view I guess I wanted the same (focus from the team), I’d love to have the team right up behind me until the job’s done.”

This time of the year is always difficult as teams try to protect IP before drivers and personnel move to new homes. Fabian Coulthard and Phil Keed shifted to DJR Team Penske from Brad Jones Racing for this season, and there was plenty of speculation around how much access they had to team information in the closing stage of the year.

“We’re conscious that Scotty Pye isn’t going to be with us, so we have to respect that and have one eye on the future, given that’s the focus of the day for us,” Story said.

“The intent was to utilise the test day at a point where we had something of value to test, and we have a few things that have been in the pipeline for a little while that will run on the car and we’ll have a look at and get some miles on. It’s part of an evolving process where we’re acting on some of our ideas and thoughts about making our car go faster.”

Story emphasised the team would be 100 per cent behind both drivers as it searches for results at Homebush.

“As it comes to Pye, I’ve been open about us not changing the way we operate, despite the fact that he’s not going to be continuing on with the team at the end of the year. The fact he got the team’s best finish at a championship race in New Zealand should demonstrate that.”